Home » Health News » Judging the gravity of the coronavirus outbreak 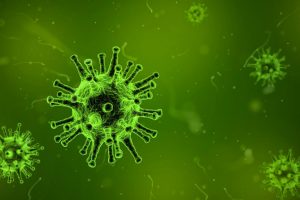 How serious is the coronavirus outbreak? What are its symptoms and how contagious is it? Experts studying the new virus, still have key questions to answer before they can assess its danger.

The toll so far

As of Tuesday, more than 4,500 cases have been confirmed in China, its country of origin, of which 106 have been fatal. Several cases have been detected in Asian countries, as well as a few in Australia, France and the United States.

So far, no-one outside China has died, but both Germany and Japan on Tuesday confirmed cases of human-to-human transmission of the disease.

2019-nCoV, as it has been named, is part of the coronavirus virus family, the source of two previous fatal epidemics.

The 2002/03 SARS outbreak (Severe Acute Respiratory Syndrome) started in Beijing and killed 774 people out of a total 8,096 infected.

The 2012 MERS outbreak (Middle East respiratory syndrome) killed 858 people out of the 2,494 infected.

So those outbreaks had significantly different mortality rates of 9.5 percent and 34.5 percent respectively.

In general however, those hit by the new virus “are in a less serious condition than with SARS”, said Yazdan Yazdanpanah, head of infectious diseases at Paris Diderot University.

“For the moment, the mortality rate is less than five percent, he added.

Chinese scientists reported in The Lancet Friday that, based on a study of 41 early-detected cases, some of the new virus’s symptoms resemble those of SARS.

All patients had pneumonia, most had a fever, three-quarters of them were coughing and more than half had trouble breathing.

Despite this, lead author Bin Lao added: “there are some important differences”, such as a lack of runny noses, sneezing or sore throats.

The average age of the 41 patients studied was 49, most of them having visited Wuhan market, identified as the source of the outbreak. Nearly a third of them had serious breathing difficulties and six of them died.

All this gives a preliminary sketch of the new virus, even if one has to be cautious about drawing conclusions based on such a small sample.

The study is all the more important because a current epidemic of flu, which has similar symptoms, has made isolating patients of the new virus difficult.

Scientists at Britain’s Imperial College estimate that each coronavirus patient infects on average 2.6 others—making it roughly as infectious as annual influenza outbreaks.

Ma Xiaowei, head of China’s National Health Commission, said that transmission of coronavirus was possible during the disease’s incubation period.

That means that someone who is sick with coronavirus would be able to pass it on to someone else even if they aren’t yet displaying any symptoms.

This working hypothesis is yet to be fully confirmed, however.

“In my view it is premature to conclude, on the basis of the evidence currently available, that the new virus can be transmitted before symptoms appear,” said Mark Woolhouse, professor of Infectious Disease Epidemiology, University of Edinburgh.

Researchers think the new virus probably came from bats, as the SARS virus did, with which it shares 80 percent of its genetic makeup.

But we still don’t know which animal passed it on to humans. Last week a Chinese team suggested it could be a snake, but that was immediately challenged by other experts, who think a mammal is the more likely culprit.

Identifying which animal it was could help fight the outbreak.

With SARS, it turned out to be a civet, whose meat is very popular in China.

Banning the consumption of civet and closing their breeding farms helped stop SARS from making a comeback, says Arnaud Fontanet of the Pasteur Institute in Paris.

On the other hand, one reason it was harder to stem the MERS outbreak is because it came from dromedary camels, a widely used working animal.

Health authorities and scientists say the same precautions against other viral illnesses can be used: wash your hands frequently, cover up your coughs, try not to touch your face.

And anyone who does come down with the virus should be placed in isolation.

The dark side of antibiotic ciprofloxacin

How does coronavirus compare to SARS and to the common cold?
coronavirus, gravity, Judging, of, outbreak, the
Latest Posts