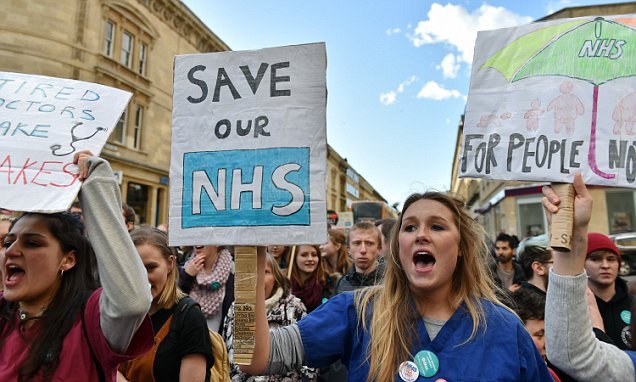 Junior doctors are plotting strike action which threatens fresh chaos for the NHS, the Mail can reveal.

Leaders of their union – the British Medical Association – are furious after junior doctors were offered only a 1 per cent pay rise last month.

Over the past week the BMA’s junior doctors committee has been polling members to assess their ‘strength of feeling’ and appetite for industrial action.

The provisional findings from a survey of about 2,500 doctors suggest more than 80 per cent are willing to strike. 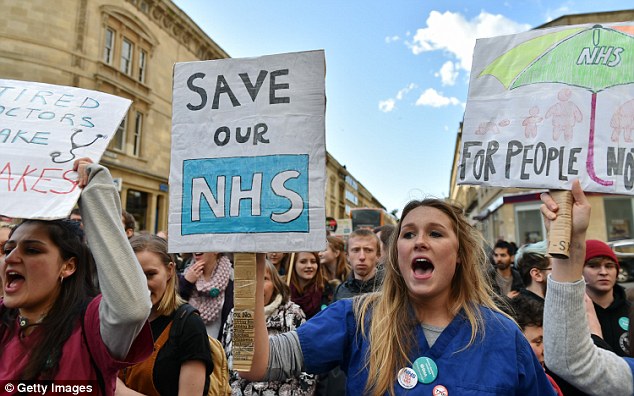 Junior doctors have been polled to assess whether they would be willing to strike again. The last strike was in 2016 and 23,000 operations were cancelled between January and April that year (stock image of 2016 protests)

The BMA’s most senior members – its council – will now decide whether to carry out a formal ballot of up to 55,000 junior doctors.

This would take place within the next six to eight weeks and depending on the result, could give the union a legal right to strike.

About 23,000 operations and 100,000 outpatient appointments were cancelled between January and April that year and many patients waited months to be rescheduled.

Two years on, the NHS is even more over-stretched and a fresh wave of strikes could prove yet more chaotic.

Last month the Government offered junior doctors a 1 per cent pay rise as part of a major pay deal for public sector workers.

But doctors say this amounts to a pay cut, once cost of living is taken into account, and described it as a ‘slap in the face’.

Members of the union’s junior doctors committee are already rallying support for industrial action via their regional branches. 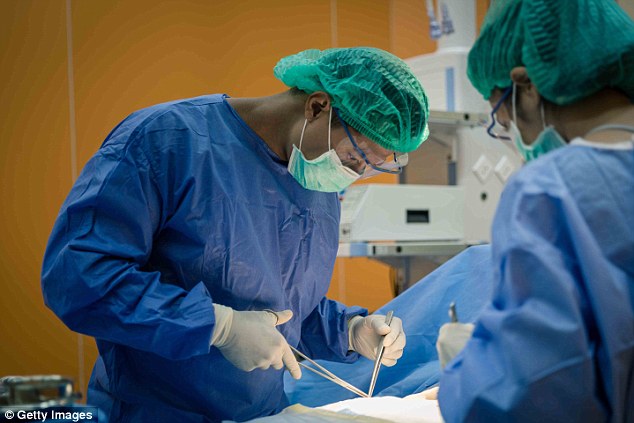 A British Medical Association preliminary poll found that 80 per cent of 2,500 doctors asked would be willing to take industrial action again (stock image)

Many believe new Health Secretary Matt Hancock will be more likely to cave in to their demands than his predecessor Jeremy Hunt, who refused to back down.

Separately, the BMA has carried out an official online survey to assess junior doctors’ feelings on the pay deal, which closed on Saturday.

This asked six questions including whether they believed the pay deal was acceptable, their current level of morale and if they felt valued.

Committee chairman Jeeves Wijesuriya wrote a blog on the BMA’s website last month – days after the deal was announced – entitled ‘Enough is enough’.

He added: ‘The pay announcement for doctors in England is even worse than many predicted. This is no pay “increase”. This is yet another real-terms pay cut.

‘We are keen to discuss next steps with other unions whose members are equally frustrated by recent pay announcements and take stock of this dialogue when planning our response.’ 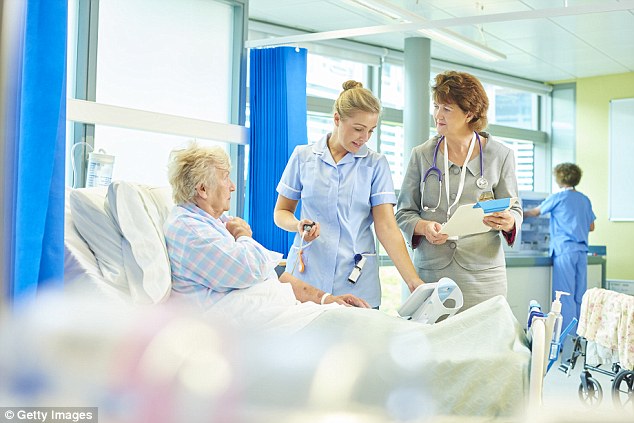 Junior doctors were offered a 1 per cent pay increase just weeks ago by the Government. Doctors have called the deal ‘insulting’ and a ‘slap in the face’ on Facebook

Another senior committee member, Thabo Miller, wrote on Facebook: ‘We all have seen the pay award… we all think it is disgusting. I think most of us feel that the BMA need to draw a line in the sand and fight this.’

Other doctors posted messages on Facebook describing the deal as ‘insulting’ and a ‘slap in the face’.

Several called for ‘work to rule’ action, a ‘full strike’ or in one case, a ‘full withdrawal of services for 120 hours’.

Junior doctors comprise almost half of all doctors in England and range from 24-year-olds who have just finished their training to those in their late 30s and 40s about to qualify as consultants.

A BMA spokesman said the union was not aware of poll results suggesting junior doctors backed industrial action, because the survey was carried out by members of its junior doctors committee.

Referring to the online survey, the spokesman added: ‘Doctors in England have rightly expressed their frustration at another sub-inflationary pay rise that, for a large group of doctors, will not be back-dated to April, effectively halving its value.

‘It is therefore important that we have an assessment of the strength of feeling.’

The Department of Health said: ‘Doctors are the backbone of the NHS and we are committed to ensuring they feel valued and supported.

‘That’s why we have given them their biggest pay rise in ten years and are taking forward measures to improve staff well-being, development and flexible working.’