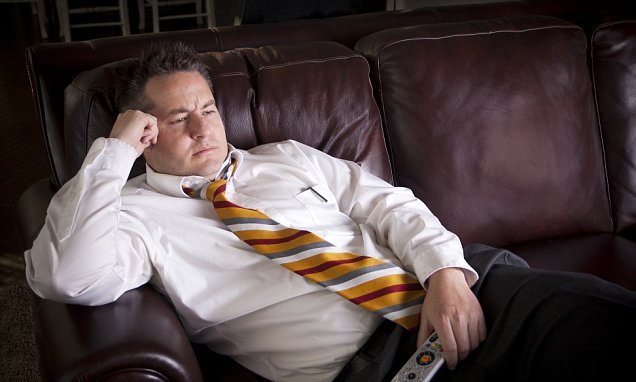 Two weeks of inactivity is enough to trigger diabetes in overweight people: Lack of exercise makes them less able to control their blood sugar levels

Two weeks without any exercise could be enough to trigger diabetes in overweight people who are at risk of the condition, a study has found.

Blood sugar levels rise in people who walk fewer than 1,000 steps per day for two weeks and they start to develop insulin resistance, a cause of Type 2 diabetes.

Scientists also found being active again after a period of inactivity does not immediately restore good health, and the effects can be long lasting.

They worry adults who have to rest at home or in hospital because of illness may actually risk becoming more unwell in the long term because resting is so damaging.

And the researchers said they are ‘surprised’ that people’s diabetic risk does not go back down if they become active again. 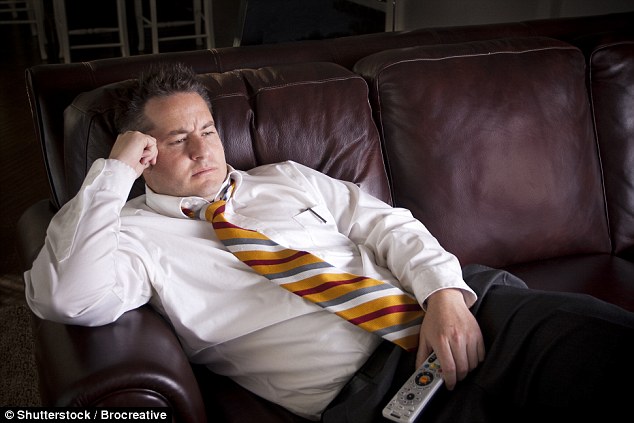 Doing no physical activity for just two weeks could be enough to trigger Type 2 diabetes in people who are already at risk, according to scientists from McMaster University in Canada

Scientists at McMaster University in Ontario, Canada, studied the effects of limited physical activity in overweight older people who were at risk of diabetes.

Participants were told not to walk any further than 1,000 steps a day, to simulate being housebound.

Their activity was monitored and their blood and blood-sugar tested regularly over a two week period.

The sudden inactivity caused blood sugar to spike in the pre-diabetic adults, and it stayed high even after people returned to normal levels of activity.

Type 2 diabetes could therefore be expected to develop faster if people are inactive, which experts say is worrying for older people who are hospitalised for weeks.

Researchers at McMaster University in Ontario, Canada, say walking fewer than 1,000 steps a day for two weeks is enough to cause lasting health damage and raise the risk of Type 2 diabetes.

One of the researchers, Stuart Phillips said: ‘Treatment of type 2 diabetes is expensive and often complicated.

HOW CAN INACTIVITY CONTRIBUTE TO TYPE 2 DIABETES?

Inactivity can contribute to the development of Type 2 diabetes because less blood sugar is used by the body.

When the muscles are working the body uses up glucose in the blood which comes from food and drink.

If the body does not need the sugar, it must be disposed of or stored by the body using the hormone insulin.

As the body produces more insulin to control the level of sugar in the blood, tissues which are sensitive to the hormone become desensitised, according to nutrition expert Stanley Eaton.

This means that in future more insulin is needed to carry out the same process, and the need gets greater over time until the body can no longer use the hormone properly – when this happens a person is diabetic.

An excess buildup of fat in the liver, which happens when people are overweight or obese, also makes it harder to control a person’s blood sugar level and increases insulin resistance.

‘If people are going to be off their feet for an extended period they need to work actively to recover their ability to handle blood sugar.’

Diabetes is a common condition which affects over four million Brits and 30 million Americans – around 90 per cent of those have Type 2 – and is caused by excessive levels of sugar in the blood.

It raises the risk of heart disease, stroke and cancer, and can also lead to blindness or the need for amputation because of sores and infections in the feet and legs.

One in three adults though to be prediabetic

People can be prediabetic, meaning they have high blood sugar and almost have diabetes, but their body is still able to control it.

More than one in three adults (35 per cent) are thought to have prediabetes, according to a study by the University of Florida in 2014.

Past research has shown it takes just days of inactivity for muscular strength and size to begin to decrease, and now scientists say diabetic risk rises, too.

‘We were surprised to see health didn’t return with activity’

This study’s author Chris McGlory said: ‘We expected to find that the study participants would become diabetic, but we were surprised to see that they didn’t revert back to their healthier state when they returned to normal activity.

‘In order for pre-diabetic older adults to recover metabolic health and prevent further declines from periods of inactivity, strategies such as active rehabilitation, dietary changes and perhaps medication might be useful.’

Figure skater was weeks from death after dropping to just 74lbs