Home » Health News » Laser for glaucoma, a painless blast of light to stop you going blind 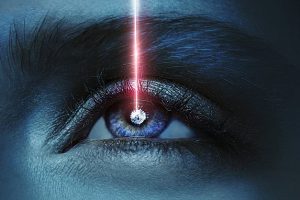 Me and my operation: Laser for glaucoma, a painless blast of light to stop you going blind

A laser could end the inconvenience of eye drops for glaucoma.

Guy Staniforth, 62, a project engineer from Greenwich in South-East London, tells ADRIAN MONTI about having the op.

Eye appointments have been part of my life since I first got spectacles for short-sightedness when I was five.

So in October 2013, I took my annual eye test in my stride, business as usual. But this time, the optician referred me for further investigation.

I knew glaucoma ran in my family — my grandfather had it — and I thought they might have seen some indication that I had it, too.

It’s when pressure builds in the eye as the fluid, which gives it shape, doesn’t drain away properly, because channels out of the eye are blocked. This pressure can damage your optic nerve and lead to blindness if it’s not treated.

About three weeks later, I went for my appointment at Moorfields Eye Hospital in London with my wife Zoe and our children George, 21, and Molly, 19. 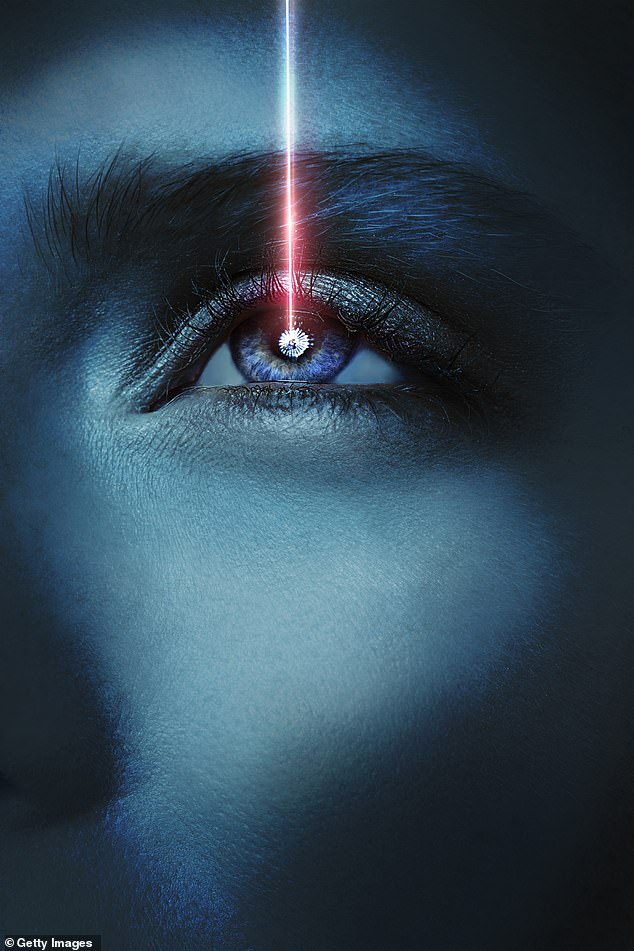 A laser could end the inconvenience of eye drops for glaucoma. Guy Staniforth, 62, a project engineer from Greenwich in South-East London, tells ADRIAN MONTI about having the op

After more tests, the consultant told me I did have the early stages of glaucoma — and asked if I would like to take part in a clinical trial for newly diagnosed patients.

Patients in the trial would either have daily eye drops — the usual treatment — or laser treatment to open up the blocked channels.

What are the risk?

‘This is a well-conducted large study and the results open the door for a new era in managing patients with glaucoma,’ says Samer Hamada, a consultant ophthalmic surgeon at the Queen Victoria Hospital NHS Trust in West Sussex, and the Eye Clinic London.

‘The main benefit is preserving the healthy surface of the eye. Long-term use of topical drops is known to cause damage to the ocular surface.’

The laser beam would be aimed at the blocked area of the eye the fluid should drain from.

I was happy to take part and pleased to be told I’d be having laser treatment, as taking daily drops would be a nuisance.

That December, I went back to the hospital for the procedure. Anaesthetic drops were put into each eye. I then rested my chin on a support so I was looking directly into the device which would fire the laser into my eyes, one after the other.

I heard a clicking sound and saw a yellow-green flash of light. It all took about 15 minutes.

I didn’t feel a thing, but straight afterwards my eye pressure had fallen from 28mmHg to 14mmHg — ‘normal’ is less than 22mmHg, but can vary.

I went home on the train afterwards. I had no side-effects and was told to carry on as normal. I’ve returned for check-ups every six months over the past six years. I’m always a bit worried the treatment might stop working.

But so far the pressure has remained stable and I’m told that, if it does start to climb, I can have a second laser treatment, which should be as effective as the first.

I so appreciate what’s been done for me at Moorfields. I really hope it can help others with glaucoma as it has me.

GUS GAZZARD is a consultant ophthalmologist and glaucoma service director at Moorfields Eye Hospital in London.

Glaucoma is a build-up of pressure in the eyeball which impacts the optic nerve, slowly eating away at sight.

It occurs when the spongy tissue drainage area in the eye, called the trabecular meshwork, becomes less porous, preventing fluid — the aqueous humour that makes up the eye — from draining properly.

It’s not known why or how it happens, but it is thought to be down to genes and ageing. Ten per cent of patients lose their vision, while 20 per cent suffer a significant reduction to it even with treatment.

Often, people with glaucoma do not realise they’re losing their sight, as it’s so gradual. It’s common for the peripheral vision — what you can see at the side rather than directly ahead — to be affected first.

I’ve seen patients who drive start clipping wing mirrors, and that’s the first sign. Once vision has been lost, it cannot be restored, so picking the condition up early is vital — all it takes is a normal eye test. The traditional treatment is daily drops, some of which encourage fluid to leave the eye quicker, while others ‘turn off the tap’ so less fluid is pumped into the eye in the first place.

If drops don’t work, are too inconvenient or cause side-effects, such as sore eyes and sleep disturbance, one fifth of cases go on to have surgery. This involves making a tiny hole in the sclera (the wall of the eye), or inserting tubes or stents, to help the fluid drain.

Glaucoma is a condition which can affect sight, usually due to build up of pressure within the eye.

It often affects both eyes, usually to varying degrees. One eye may develop glaucoma quicker than the other.

The eyeball contains a fluid called aqueous humour which is constantly produced by the eye, with any excess drained though tubes.

Glaucoma develops when the fluid cannot drain properly and pressure builds up, known as the intraocular pressure.

This can damage the optic nerve (which connects the eye to the brain) and the nerve fibres from the retina (the light-sensitive nerve tissue that lines the back of the eye).

In England and Wales, it’s estimated more than 500,000 people have glaucoma but many more people may not know they have the condition. There are 60 million sufferers across the world.

Glaucoma can be treated with eye drops, laser treatment or surgery. But early diagnosis is important because any damage to the eyes cannot be reversed. Treatment aims to control the condition and minimise future damage.

If left untreated, glaucoma can cause visual impairment. But if it’s diagnosed and treated early enough, further damage to vision can be prevented.

Another option is known as selective laser trabeculoplasty (SLT). Introduced after the millennium, it was used in fewer than 5 per cent of glaucoma operations until five years ago.

SLT fires pulses of relatively low-energy light at the cells in the drainage meshwork of each eye. This encourages healing white blood cells to rejuvenate the meshwork, clearing debris to make it more porous.

Existing studies show it lowers eye pressure by up to 30 per cent, yet uptake has been slow — I sought to change this, and out of this grew our six-year study at Moorfields.

It involved 718 patients from six centres across the UK with glaucoma, who’d never been treated for it before. At the end of the initial three-year study, three-quarters of the patients who’d had laser treatment did not need any drops to control their glaucoma.

The findings were published this year. If the treatment proves to be as successful with all patients as it has with our study cohort, it could save the NHS up to £250 million a year.

The process is swift and painless. After the patient’s eye pressure has been checked and they are given a mild anaesthetic, a laser beam is fired through a glass lens (to direct the beam to the exact spot) into their eye.

We fire 100 shots, 360 degrees around the drainage channel of each eye, which takes about five minutes per eye.

The laser treatment starts a biological change in the tissue which leads to the fluid draining out of the eye better.

Following the treatment, we take another pressure check. The patient doesn’t need to be taken home but we don’t recommend driving for eight hours in case of blurriness.

We do another check two months later — allowing the optimum time for the treatment to take effect. After that they have bi-annual checks, as we expect the effects to eventually wear off.

Many hospital eye units across the UK, including those at York, Belfast and Norwich who assisted in the trial, are using SLT now, based on our findings.

It’s not a complex procedure, and can be carried out by optometrists as well as doctors, so it’s a real game-changer in that sense.

Under the microscope: TV presenter Gethin Jones, 41, answers our questions

Can you run up the stairs?

Yes, I’m pretty sporty. I like yoga, golf, swimming and rugby. I started playing rugby at university and almost went professional. I go to the gym regularly, too. If I’m blessed to be a dad one day, I want to avoid getting a dad bod.

Get your five a day?

I’m very disciplined about it. When I’m at home I start the day with a blueberry yoghurt bowl with extra strawberries and bananas, along with a green smoothie. I don’t like it, I just view it as functional medicine.

Not really, because I try to eat well regularly, which can be challenging on the road. Recently I was filming up a mountain in Wales. We got back down at 10pm and the only place open was Nando’s. I just train a bit harder the next day. I’m 6ft 1in and weigh 15½st.

I have my dad’s sweet tooth. Any excuse and I’ll have a little cheesecake, especially New York cheesecake with raspberry coulis. But I don’t beat myself up about it.

My dad’s side of the family has a lot of heart problems. My older sister Mererid encouraged me to get my cholesterol checked and I have high LDL (the bad form), which can be a precursor to clogged arteries. I’m still trying to work out what to do about it.

I fractured my skull and got ligament damage in my left leg playing rugby. Years ago when I did the Cresta Run in Switzerland, I broke a finger and busted my shoulder.

I take vitamin C, just because it seems sensible to, and vitamin D, because it’s important for people at risk of cardiovascular disease. I also take a vitamin B complex because it helps promote better sleep.

Do you cope well with pain?

Yes , I always get complimented on that.

I’VE had acupuncture to help with muscular pain and I swear by it.

No, BUT I’m one of life’s worriers. As soon as my head hits the pillow my mind starts overthinking.

I’m not a big drinker. When I’m out I’ll have a few drinks, but I don’t want to spend the next day recovering.

None, although I wouldn’t want to jump out of a plane with a parachute, despite the fact that I fly them — I have a pilot’s licence.

GETHIN is working with Brita on its ‘Just Tap. Filtered’ campaign to convince us to ditch bottled water.

Selma Blair Shares a Photo of the Bare Butt Massage She Had to Treat Her MS
a, blast, blind, for, glaucoma, going, Laser, light, of, painless, stop, to, you
Latest Posts 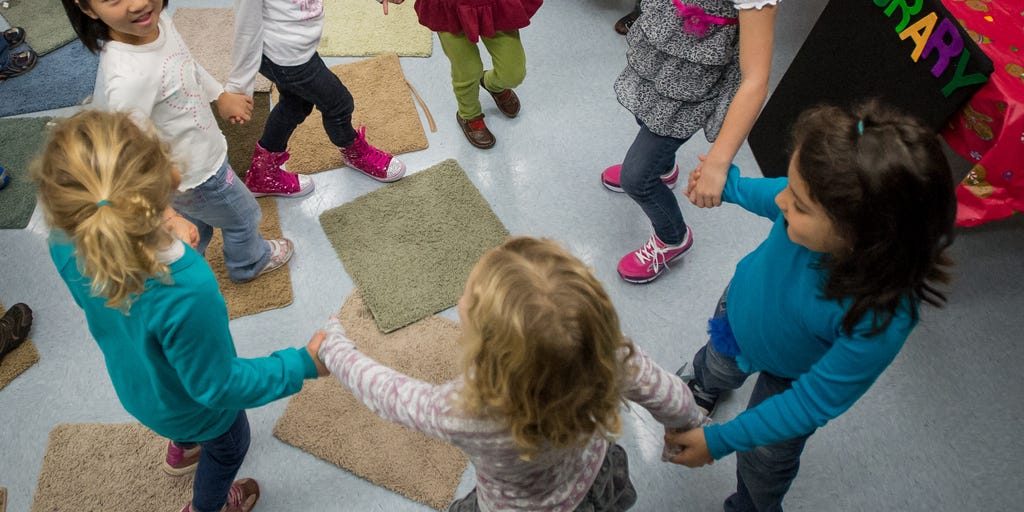 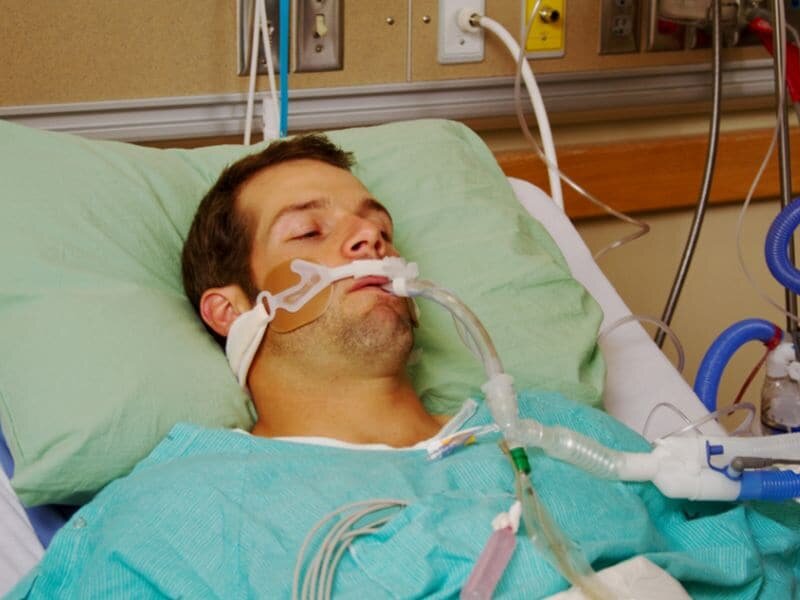 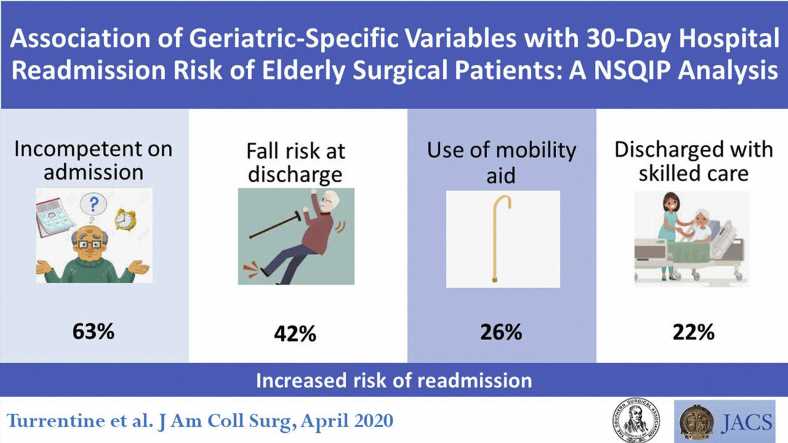