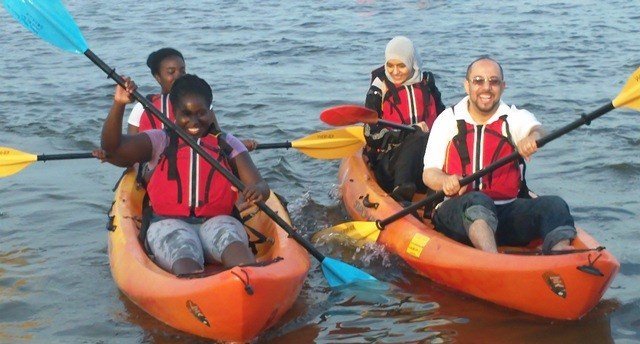 About 180 people died because they weren’t wearing a lifejacket in UK waters in the last decade, according to new research.

A study investigating how many of the 1,000-plus deaths recorded in British waters from 2007-2016 were avoidable was carried out by international expert in drowning physiology, Professor Mike Tipton and Dr. Gemma Milligan of the University of Portsmouth as part of a collaborative project run by the Maritime and Coastguard Agency.

Professor Tipton said that potentially 180 of the deaths could have been prevented if the victims had been wearing a lifejacket.

Anglers aged 41-50 are the most likely group to drown, according to the figures in the ten-year period studied, followed by kayakers and canoeists.

Professor Tipton said: “It is a reflection of our lack of respect for, and understanding of, water safety, and the great danger represented by water, that so many of us work and play on the water without taking the simple step of wearing a lifejacket.

“It’s a tragedy that not wearing a lifejacket can lead to a death that was easily avoidable.”

Because some of the data collected on deaths in water are incomplete, the true figure for preventable deaths is probably significantly higher. But one unnecessary death every 2-3 weeks is still far too many.

Lifejackets help save lives because they keep a person afloat; keeping their airway clear of the water, so they can breathe. They also reduce the need for a person to thrash around in order to stay afloat, reduce cold shock and the strain on the heart in the first, most dangerous minutes of immersion.

Previous data are resoundingly on the side of lifejackets saving lives.

US Coastguard data showed drowning to be responsible for three-quarters of all fatal boating accidents, and of those, 85 per cent were not wearing a lifejacket.

In New Zealand, 76 per cent of drowning victims were not wearing a lifejacket.

In Australia, it is now compulsory to wear a lifejacket when setting out to sea.

In this study, published in the journal Safety Science, 22 per cent of the fatalities over the 10-year period happened in commercial fishing. Leisure angling had the second highest fatality rate, at 19 per cent, but when the figures are adjusted to number of deaths per number of people taking part in any activity, angling topped the table as the deadliest.

Of all the deaths where a lifejacket would have saved people, the majority, 79 per cent, were men.

Professor Tipton said: “People do not wear lifejackets for a variety of reasons including: a perception that they are uncomfortable; laziness; not thought appropriate/necessary; denial; lack of respect for the threat posed by water.”

15 of the Best Free Online Yoga Videos That Can Save You a Trip to the Studio
180, a, could, Lifejackets, lives, more, Or, save, year
Latest Posts