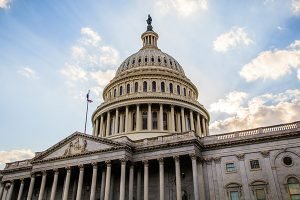 If passed, the Analyzing and Leveraging Existing Rx Transactions (ALERT) Act would mandate the Department of Health and Human Services to work with the private sector on a system that can analyze data from payers and pharmacists to protect patients from opioid abuse.

The system would flag patients at risk of overuse based on prescription history. Pharmacists would get the data right in the workflow, including capturing transactions from across state lines and any unsuccessful opioid fill attempts.

The idea is to stop fraudulent transactions before prescriptions are filled and empower providers to identify patients at-risk of misuse.

“By giving pharmacists, insurance companies, and programs like Medicare a new tool to understand the data they already have, we can help prevent further harm,” said Rep. Tom MacArthur, R-New Jersey, in a statement.

The system would also alert the pharmacist to patients who may be doctor-shopping, said MacArthur. “Instead of filling that unnecessary prescription, pharmacists will have an extra tool to detect and prevent these dangers.”

Health IT NOW applauded the legislation.

Right now, every state besides Missouri has a PDMP in place. And 46 states are part of the PMP InterConnect: an interstate group started by Appriss Health in 2011 that fosters prescription drug data sharing across state lines. But there’s still a long way to go to determine just how effective PDMPs are in impacting the opioid crisis.

Industry leaders say part of the issue is with data: Some states are making progress, but it’s not nationwide. Many have pointed to a lack of unified regulations around the platform. The new legislation may provide a solution.

Many factors limit PDMP effectiveness, including a lack of real-time data and a lack of prescriptions from across state lines — and the platform doesn’t include fill attempts, White said. The proposed legislation would give providers the ability to stop opioid abuse with real-time data and “prevent undue delays in access for those with a legitimate need.”