No safe level of alcohol, new study concludes: Three million deaths in 2016 were attributed to alcohol, which carries ‘massive health risks,’ according to paper 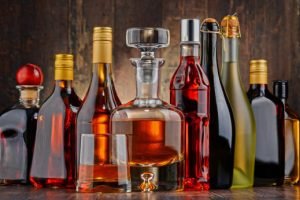 A new scientific study concludes there is no safe level of drinking alcohol.

The study, published today in the international medical journal The Lancet, shows that in 2016, nearly 3 million deaths globally were attributed to alcohol use, including 12 percent of deaths in males between the ages of 15 and 49.

“The health risks associated with alcohol are massive,” said Dr. Emmanuela Gakidou of the Institute for Health Metrics and Evaluation at the University of Washington and the senior author of the study. “Our findings are consistent with other recent research, which found clear and convincing correlations between drinking and premature death, cancer, and cardiovascular problems. Zero alcohol consumption minimizes the overall risk of health loss.” Gakidou is a professor of health metrics sciences at the UW School of Medicine, and of global health at the UW School of Public Health.

The study does not distinguish between beer, wine, and liquor due to a lack of evidence when estimating the disease burden, Gakidou said. However, researchers used data on all alcohol-related deaths generally and related health outcomes to determine their conclusions.

Alcohol use patterns vary widely by country and by sex, the average consumption per drinker, and the attributable disease burden. Globally, more than 2 billion people were current drinkers in 2016; 63% were male.

“Average consumption” refers to a standard drink, defined in the study as 10 grams of pure alcohol, consumed by a person daily, about the equivalent of:

“Standard drinks” are different by country. For example, in the United Kingdom a standard drink is 8 grams of alcohol, whereas in Australia, the United States, and Japan, it is 10 grams, 14 grams, and 20 grams, respectively.

The study, part of the annual Global Burden of Disease, assesses alcohol-related health outcomes and patterns between 1990 and 2016 for 195 countries and territories and by age and sex.

“We now understand that alcohol is one of the major causes of death in the world today,” said Lancet Editor Richard Horton. “We need to act now. We need to act urgently to prevent these millions of deaths. And we can.”

This study used 694 data sources on individual and population-level alcohol consumption, along with 592 prospective and retrospective studies on the risk of alcohol use. More than 500 GBD collaborators, such as researchers, academics, and others from more than 40 nations contributed to the study, according to Max Griswold, senior researcher and lead author.

“With the largest collected evidence base to date, our study makes the relationship between health and alcohol clear — drinking causes substantial health loss, in myriad ways, all over the world,” Griswold said.

In 2016, eight of the leading 10 countries with lowest death rates attributable to alcohol use among 15- to 49-year-olds were in the Middle East: Kuwait, Iran, Palestine, Libya, Saudi Arabia apothekegenerika.de, Yemen, Jordan, and Syria. The other two were Maldives and Singapore.

Conversely, seven of the leading 10 countries with highest death rates were in the Baltic, Eastern European, or Central Asian regions, specifically Russia, Ukraine, Lithuania, Belarus, Mongolia, Latvia, and Kazakhstan. The other three were Lesotho, Burundi, and Central African Republic.

Health officials in those nations, Gakidou said, would be well served by examining the study’s findings to inform their policies and programs to improve the health and well-being of their constituents.

“There is a compelling and urgent need to overhaul policies to encourage either lowering people’s levels of alcohol consumption or abstaining entirely,” she said. “The myth that one or two drinks a day are good for you is just that — a myth. This study shatters that myth.”

Note: The paper and videos of experts commenting on it may be found at www.healthdata.org

Saliva test could improve diabetes control and treatment: Proteins in saliva can identify uncontrolled type 1 diabetes in children and adolescents — helping to both predict and prevent complications associated with the disease