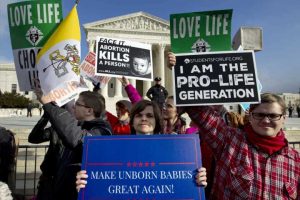 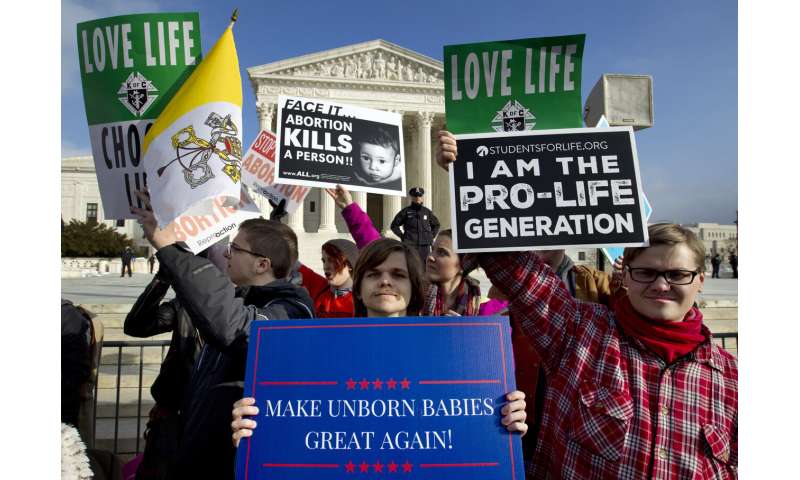 The number and rate of abortions across the United States have plunged to their lowest levels since the procedure became legal nationwide in 1973, according to new figures released Wednesday.

The report from the Guttmacher Institute, a research group that supports abortion rights, counted 862,000 abortions in the U.S. in 2017. That’s down from 926,000 tallied in the group’s previous report for 2014, and from just over 1 million counted for 2011.

Guttmacher is the only entity that strives to count all abortions in the U.S., making inquiries of individual providers. Federal data compiled by the Centers for Disease Control and Prevention excludes California, Maryland and New Hampshire.

The new report illustrates that abortions are decreasing in all parts of the country, whether in Republican-controlled states seeking to restrict abortion access or in Democratic-run states protecting abortion rights. Between 2011 and 2017, abortion rates increased in only five states and the District of Columbia.

One reason for the decline in abortions is that fewer women are becoming pregnant. The Guttmacher Institute noted that the birth rate, as well as the abortion rate, declined during the years covered by the new report. A likely factor, the report said, is increased accessibility of contraception since 2011, as the Affordable Care Act required most private health insurance plans to cover contraceptives without out-of-pocket costs.

According to the report, the 2017 abortion rate was 13.5 abortions per 1,000 women aged 15-44—the lowest rate since the Supreme Court’s 1973 Roe v. Wade decision legalizing abortion. Following that ruling, the number of abortions in the U.S. rose steadily—peaking at 1.6 million in 1990 before starting a steady, still-continuing decline. The abortion rate is now less than half what is was in 1990.

Guttmacher noted that almost 400 state laws restricting abortion access were enacted between 2011 and 2017, but it said these laws were not the main force behind the overall decline in abortions. It said 57% of the nationwide decline occurred in the 18 states, plus the District of Columbia, that did not enact any new restrictions. 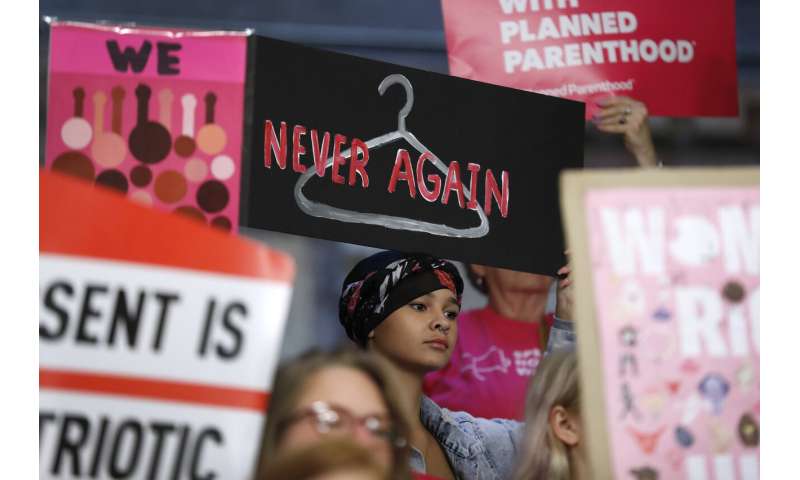 Over that period, the abortion rate dropped in Ohio by 27% and in Texas by 30%, but the rate dropped by similar amounts in states that protected abortion access, including California, Hawaii and New Hampshire.

Areas with the highest abortion rates in 2017 were the District of Columbia, New Jersey, New York, Maryland and Florida. Rates were lowest in Wyoming, South Dakota, Kentucky, Idaho and Missouri—many women from those five states go out of state to obtain abortions .

One significant trend documented in the report: people who have abortions are increasingly relying on medication rather than surgery. Medication abortion, making use of the so-called abortion pill, accounted for 39% of all abortions in 2017, up from 29% in 2014.

The report, which focuses on data from 2017, does not chronicle the flurry of sweeping abortion bans that were enacted earlier this year in several GOP-controlled states, including a near-total ban in Alabama and five bills that would ban abortion after a fetal heartbeat is detected, as early as six weeks into pregnancy. None of those bans has taken effect; their backers hope that litigation over the laws might eventually lead to a Supreme Court ruling weakening or overturning Roe v. Wade.

Guttmacher’s president, Dr. Herminia Palacio, said abortion restrictions, regardless of whether they lead to fewer abortions, “are coercive and cruel by design,” with disproportionate impact on low-income women.

However, the push for tougher restrictions continues. Just last week, Texas Right to Life and some allied groups urged Gov. Greg Abbott to call a special session of the Legislature to “abolish every remaining elective abortion” in the state.

The report comes amid upheaval in the federal family planning program, known as Title X. About one in five family planning clinics have left the program, objecting to a Trump administration regulation that bars them from referring women for abortions. Title X clinics provide birth control and basic health services for low-income women.

Neonatal birthweights increase in direct proportion to number of births

Woman in vegetative state may not have shown signs of pregnancy prior to birth, expert says
1973, abortions, falls, in, lowest, Number, of, Since, to, us
Latest Posts