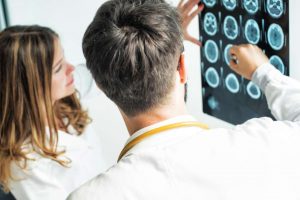 Obsessive-compulsive disorder (OCD) is a mental health condition that affects more than 2 million adults in the United States.

People with OCD often experience recurring, anxiety-inducing thoughts or urges — known as obsessions — or compulsive behaviors that they cannot control.

Whether it is repeatedly checking if the door is locked or switching lights on and off, OCD symptoms are uncontrollable and can severely interfere with a person’s quality of life.

Treatments for OCD include medication, psychotherapy, and deep brain stimulation. However, not everyone responds to treatment.

In fact, reference studies have found that only 50 percent of people with OCD get better with treatment, and just 10 percent recover fully.

This treatment ineffectiveness is partly down to the fact that medical professionals still do not fully understand the neurological roots of the condition. A new study, however, aims to fill this gap in research.

Scientists led by Luke Norman, Ph.D., a postdoctoral research fellow in the Department of Psychiatry at the University of Michigan (U-M) in Ann Arbor, corroborated and analyzed large amounts of data from existing studies on the neurological underpinnings of OCD.

The scientists published their meta-analysis in the journal Biological Psychiatry.

Studying the brain circuitry in OCD

“By combining data from 10 studies, and nearly 500 patients and healthy volunteers, we could see how brain circuits long hypothesized to be crucial to OCD are indeed involved in the disorder,” explains the study’s lead author.

Specifically, the researchers zeroed in on a brain circuit called the “cingulo-opercular network.” This network involves several brain regions that are interconnected by neuronal pathways in the center of the brain.

Studies have previously associated the cingulo-opercular network with “tonic alertness” or “vigilance.” In other words, areas in this brain circuit are “on the lookout” for potential errors and can call off an action to avoid an undesirable outcome.

Most of the functional MRI studies included by Norman and colleagues in their review had volunteers respond to errors while inside the brain scanner.

An analysis of data from the various studies revealed a salient pattern: Compared with people who did not have OCD, those with the condition displayed significantly more activity in brain areas associated with recognizing an error, but less activity in the brain regions that could stop an action.

Study co-author Dr. Kate Fitzgerald of U-M’s Department of Psychiatry explains the findings, saying “We know that [people with OCD] often have insight into their behaviors, and can detect that they’re doing something that doesn’t need to be done.”

She adds, “But these results show that the error signal probably isn’t reaching the brain network that needs to be engaged in order for them to stop doing it.”

The researcher continues using an analogy.

“It’s like their foot is on the brake telling them to stop, but the brake isn’t attached to the part of the wheel that can actually stop them.”

“This analysis sets the stage for therapy targets in OCD because it shows that error processing and inhibitory control are both important processes that are altered in people with the condition,” says Fitzgerald.

The researcher also explains how the findings may enhance current treatments for OCD, such as cognitive behavioral therapy (CBT).

“In [CBT] sessions for OCD, we work to help patients identify, confront, and resist their compulsions, to increase communication between the ‘brake’ and the wheels, until the wheels actually stop. But it only works in about half of patients.”

“Through findings like these, we hope we can make CBT more effective, or guide new treatments,” Dr. Fitzgerald adds. The team is currently recruiting participants for a clinical trial of CBT for OCD.

In addition to CBT, Dr. Fitzgerald also hopes that the results will enhance a therapy known as “repetitive transcranial magnetic stimulation” (rTMS).

“If we know how brain regions interact together to start and stop OCD symptoms, then we know where to target rTMS,” she says. “This is not some deep dark problem of behavior,” Dr. Fitzgerald continues.

“OCD is a medical problem, and not anyone’s fault. With brain imaging, we can study it just like heart specialists study EKGs of their patients — and we can use that information to improve care and the lives of people with OCD.”