Pooled testing can make COVID-19 surveillance more efficient, but is it accurate? 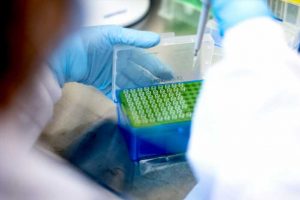 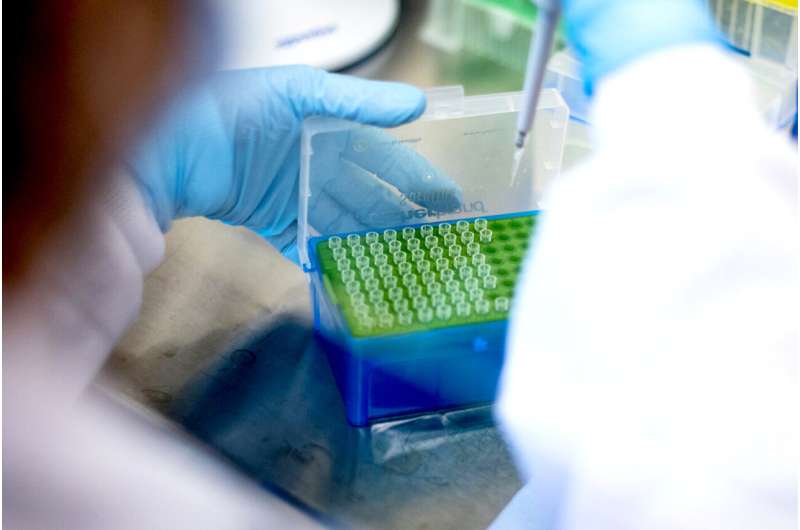 Schools and institutions that conduct regular surveillance COVID-19 testing of their entire population go through a lot of tests. Many use an approach called “pooled testing” to make the process more efficient.

But pooled testing doesn’t mean just one thing. And putting too many samples together can dilute the process. Can you trust pooled test results?

To get answers, News at Northeastern spoke with Jared Auclair, who runs Northeastern University’s COVID-19 testing facility, the Life Sciences Testing Center in Burlington, Massachusetts, and is an associate teaching professor of chemistry and chemical biology, associate dean of professional programs and graduate affairs in the College of Science, and leads the Biopharmaceutical Analysis Training Lab at Northeastern.

What are the different kinds of pool tests?

How does pooled testing work?

With in-lab pool testing, each individual swab arrives at the lab in its own tube. Scientists then add a small amount (three milliliters in Auclair’s lab) of a liquid to the tube. That liquid will deactivate any live virus and help remove any viral material from the swab.

The resulting mixture is what the scientists test for SARS-CoV-2. They’ll pipette some of that solution out of the original tube and into one of the little depressions in a 96-well plate. The scientists in Northeastern’s testing lab will put drops of solution from up to five different patient samples into each well, meaning that no more than five patients’ samples are mixed together. The team will then conduct PCR testing on those mixtures.

If a pool comes back negative, every patient whose sample was in that pool is given a negative result. If a pool comes back positive, the team goes back to the original swab tubes and tests them individually this time to figure out which one is actually positive—no need to concern the rest.

With patient pool testing, because all of the swabs are put together in one tube, a positive pool result means that the patients all have to swab and submit samples again, individually this time.

Is pooled testing as accurate as individual COVID-19 tests?

At Northeastern, Auclair says, the accuracy of a pooled test is “exactly identical to individual. It’s super sensitive. We can detect a low viral load.”

That’s not the case for all pooled tests, however.

“It depends on how many samples are mixed together,” Auclair explains. “We did a robust analysis and found that five was the sweet spot to mix where we didn’t lose sensitivity or specificity. But some places might pool 10. And then the sensitivity and specificity goes down.” In schools, sometimes up to 30 swabs are put into the same tube when pooled testing is done by classroom, he adds.

These inconsistencies are the reason pooled test results are often not accepted for events or travel that require a recent negative test result.

Why do pooled testing at all, then?

Pooled testing also helps give patients negative results more quickly, since it cuts down the amount of time to process several tests.

When do you not do pool testing?

“If the positivity rate at any given day goes over 4 percent and it’s sustained for more than three days, we’ll switch to non-pooling,” Auclair says. That’s the point at which the scientists have to rerun positive pools so frequently that they don’t end up saving time or supplies by pooling in the first place.

At the height of the omicron wave, Northeastern stopped pooling tests.

“Thankfully the positivity rate went down low enough that we could start pooling again when it did, because we were going to have significant supply-chain problems,” Auclair says.