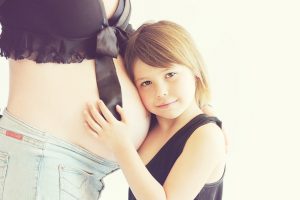 Pregnant mothers’ exposure to phthalates – substances often used in personal care products, children’s toys and more – may be linked to delays in language development during early childhood, according to a study published today in JAMA Pediatrics.

A team of scientists from the United States and Sweden conducted the study, one of the first to examine this correlation.

Phthalates are added to plastics to increase flexibility, transparency, durability and longevity. They are often used in a myriad of everyday products – but can seep into the environment and are easily ingested, inhaled or absorbed through the skin.

They have often been identified in urine, blood and breast milk, but have also been found in amniotic fluid, which suggests that they can transfer to the fetus through the placenta, says Emily Barrett, an associate professor at Rutgers School of Public Health and researcher at Rutgers Environmental and Occupational Health Sciences Institute, who was a co-investigator on the U.S. portion of the study.

“Virtually 100 percent of people studied have measurable levels of these chemicals in their bodies,” Barrett said.

The study included 370 children whose mothers had provided urine samples during pregnancy and completed language questionnaires when their children turned two. A vocabulary of 50 words or less was classified as language delay.

Barrett said concentrations of two specific phthalates, which are often found in PVC and floor tiles, were significantly associated with language delays in children at two and a half to three years of age.

Odds of Death Up With Exposure to Pregabalin, Opioids