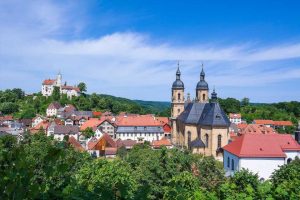 Switzerland reported its first case of new coronavirus on Tuesday, after outbreaks were identified in its main neighbours Austria, France, Germany and Italy.

The case is a man in his 70s who was infected near Milan where he attended an event on February 15, federal health office chief Pascal Strupler told reporters.

The man is from the Italian-speaking canton of Ticino on the border with Italy and has been with his family since suffering the first symptoms on February 17.

He is now in isolation in a hospital and anyone who has come into contact with him since his return from Milan will be tested and placed in quarantine for 14 days.

“His state of health is good,” the health office said in a statement, adding that the risk of contagion for Switzerland as a whole remained only “moderate”.

But it also said that, because of the proximity to Italy, “the probability is growing that other cases will be diagnosed”.

Prior to this case, Switzerland had tested some 300 suspect cases that were all found to be negative.