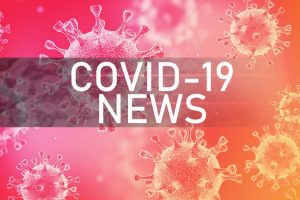 Of the 45 noteworthy genetic mutations in three main SARS-CoV-2 variants of concern — variants first identified in the United Kingdom, South Africa, and Brazil — only a single one occurs at a location on the virus where T cells attach and alert the immune system that reinfection could be underway.

So, among the three variants only one mutation looks like it can escape T cell recognition, and the CD8+ T cells generated by an initial SARS-CoV-2 infection can offer ample protection to people exposed to the B.1.1.7 (UK), B.1.351 (South Africa) or B.1.1.248 (Brazil) variants of concern, new evidence suggests.

“I do hope that our findings will provide researchers and the public some sense of relief that maybe the variants of concern are not as concerning as some have made them out to be,” lead author Andrew Redd, PhD, told Medscape Medical News.

“That being said, we do need to continue to monitor the evolution of the virus so that we can know when the virus has mutated enough that we need to start thinking about booster vaccinations, etc,” said Redd, of the Division of Intramural Research at the National Institute of Allergy and Infectious Diseases (NIAID) in Bethesda, Maryland.

“It will be important to continue to monitor the breadth, magnitude and durability of the anti-SARS-CoV-2 T-cell responses in recovered and vaccinated individuals as part of any assessment to determine if booster vaccinations are needed,” said Anthony Fauci, MD, director of NIAID, during a White House press briefing on March 31.

Referring to the study by Redd and colleagues, Fauci said it shows “very clearly that in individuals who recover from infection, if you look at their CD4 and CD8 positive T cells, they recognize virtually all of the variants of concern.”

Redd and colleagues analyzed blood samples from 30 people with a history of PCR-confirmed COVID-19 infection. As a control, to make sure the CD8+ T cell reactivity was specific to SARS-CoV-2 variants, they also tested 20 different peptides for viral infections such as cytomegalovirus, Epstein-Barr virus, and influenza.

The test population was 60% male. Blood samples were taken a median of 43 days from initial diagnosis.

This study was limited to 30 people with prior COVID-19 infection. However, there is also reason to believe that T cells generated through vaccination offer protection.

“The vaccines that have had their T-cell responses measured have all appeared to generate strong and broad T cell responses to the vaccine,” said Redd, who is also affiliated with the Department of Medicine at Johns Hopkins University School of Medicine in Baltimore, Maryland.

Vaccines to date all target the spike protein. In contrast, natural infection generates a response across the viral genome, he said.

Alessandro Sette, Shane Crotty, and their colleagues published a preprint study March 1 in bioRxiv that demonstrated that variants had a negligible effect on T-cell reactivity in COVID-exposed blood donors as well as vaccinated people.

They “found similar strong lasting responses that are most likely not affected by the variants,” Redd said.

The relatively small size of the study population is a potential limitation, Redd and colleagues note.

In addition, Antonio Bertoletti, MD, who was not affiliated with the Redd et al study, told Medscape Medical News that the research was “methodologically problematic.”

“The message of the paper is likely correct, but certainly the conclusions cannot be derived from the results shown in this work,” said Bertoletti, professor of Emerging Infectious Diseases at the Duke-Nus Medical School in Singapore.

Instead, the Sette and Shane paper and data from the Bertoletti lab show “that T cells stimulated by the vaccine based on the spike are, like in natural infection, extremely multispecific or able to recognize different parts of the Spike protein.

“Thus [they are] unlikely to be completely abrogated by mutations, exactly what this paper is supposed to demonstrate.”

The scope of the current research might be limited as well, Bertoletti said. “The whole repertoire of T cells is much bigger. Thus we cannot exclude that some mutations will evade T cells, both CD4 and CD8+.”

He added, “I have the impression that we still have a lot to learn about the importance of T cells in SARS-Cov2 protection.”

Bertoletti and colleagues have a forthcoming report in Cell Press that demonstrates spike-specific T cells induced in the first 2 weeks following COVID-19 vaccination can offer protection while the neutralizing antibody response is still ramping up.

Antibodies Get All the Attention

Redd cited a couple of reasons for the greater focus on SARS-CoV-2 neutralizing antibodies than on T cells, even though both are important components of immune response.

“First, the neutralizing antibody response is the first layer of defense against any virus. If the virus can’t get into a cell, it can’t infect. Problem solved,” he explained.

T cells tend to provide more long-term immune protection compared to antibodies. However, unlike neutralizing antibodies levels that are relatively straightforward to measure with standard assays, the T cell response is more challenging. “T cell responses…are more complicated and require the collection and isolation of blood cells. Antibodies can be tested with just serum,” Redd said.

The researchers noted “that new variants are continuing to be identified all over the world, and it will be important to continually examine these for the possible accumulation of T-cell escape mutations.”

Going forward, Redd and colleagues plan to examine why levels of severe disease “have been so low” in sub-Saharan Africa (with the exception of South Africa). “We have some interesting preliminary results and are currently collaborating with the La Jolla Immunology group, the Uganda Virus Research Institute, and the Rakai Health Sciences Program to look at pre-pandemic immunological responses in Ugandans,” he said.

NIAID, the NIH Division of Intramural Research, and the National Heart Lung and Blood Institute supported the study.

Damian McNamara is a staff journalist based in Miami. He covers a wide range of medical specialties, including infectious diseases, gastroenterology and critical care. Follow Damian on Twitter:  @MedReporter.