Home » Health News » The best yoghurt for you 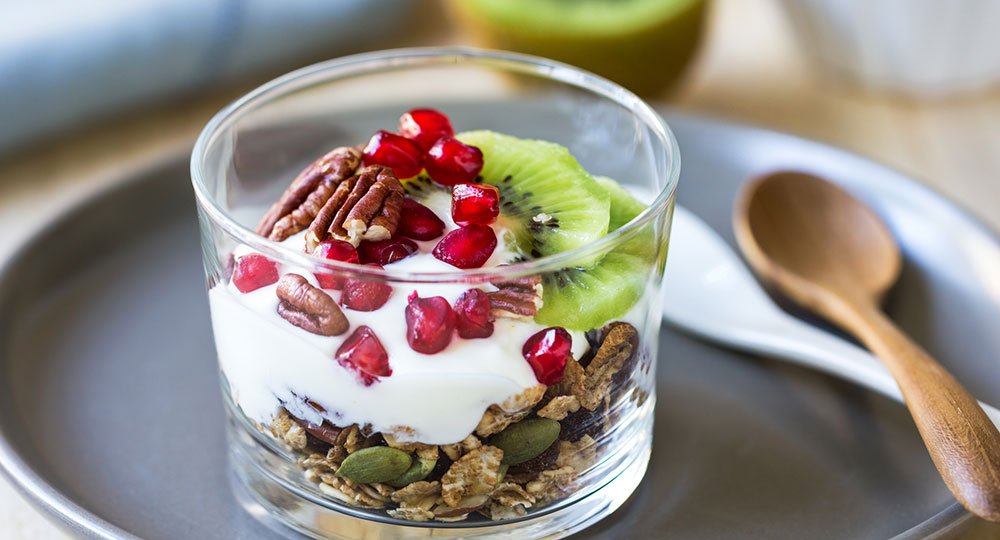 Here’s a good incentive to add some culture to your life: Eating yogurt regularly may positively affect brain function, according to a study published in the journal Gastroenterology.

In the four-week study, researchers observed 36 women and found that consuming probiotics helped reduce activity in several parts of the brain—including the areas that monitor your moods and sensitivity to pain, anxiety, and stress.

The only problem? There are so many different types of yogurt these days, trying to pick one can be a stressor in and of itself. Use this handy guide to minimise dairy aisle-induced anxiety:

If you have a sweet tooth: Try traditional yoghurt

Yoghurt is the love child of fermented milk and live active cultures (healthy bacteria that fight harmful types, aid in digestive health, and enhance our immune system). There’s a difference between the plain stuff and the glut of fruity flavors you see on shelves, though. Many of these are loaded with sugar or artificial sweeteners. You don’t have to steer clear of flavoring altogether; just look for options without artificial sweeteners like aspartame or added sugars like high fructose corn syrup or cane sugar.

You’ll also want to stick with varieties that have less than 12 grams of sugar per container, says dietitian Keri Glassman. (Note: Because milk contains natural sugars, even milk yogurt without added sweeteners will contain some sugar.) Make a parfait by layering it with flaxseed granola and mixed berries (the probiotics in the yogurt feed off the prebiotics found in flaxseed).

If you prefer a tarter taste—or have a sensitive stomach: Try Greek yoghurt

The excess liquid is strained from Greek yoghurt to make a slightly sour snack with a thick, rich texture. Depending on the brand, Greek yoghurt can have about twice as much protein per bite, but roughly the same amount of kJs as traditional yoghurt.

You’ll still want to avoid added sugars, says Glassman. While Greek yoghurt has less calcium than traditional (some of it is lost in the straining process), it also has less sodium (pro!) and less lactose, which makes it easier to digest, says Glassman.

If you’re always on the go: Try Kefir

OK, it’s not technically yoghurt, but Kefir—a creamy, slightly sour drink you’ll find in the same section of the dairy case—does contain protein, calcium, B vitamins, and even more probiotics than yoghurt. It’s made by fermenting milk with kefir grains comprised of yeast and gut-friendly bacteria.

Related: The worst foods to eat at night

This dairy-free option is made from fermented soy milk, so it doesn’t contain lactose, saturated fat, or cholesterol. While soy yoghurts tend to have slightly less protein than traditional yoghurt, there’s not much difference in taste and consistency. In fact, you might not even notice the difference.

Sitting for long hours found to reduce blood flow to the brain
best, for, the, yoghurt, you
Latest Posts