Home » Vaccine nationalism will block our path out of the pandemic. How do we resist our tribal instinct?

Vaccine nationalism will block our path out of the pandemic. How do we resist our tribal instinct? 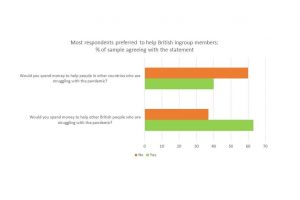 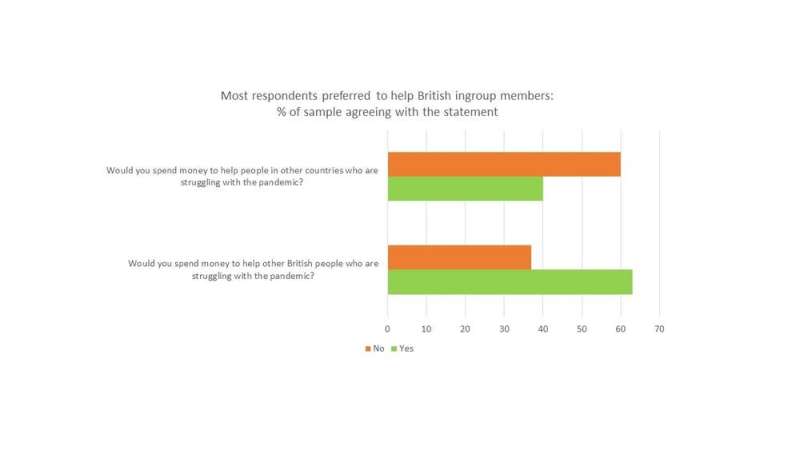 Most nations are currently focusing their efforts to defeat the pandemic within their own borders, under pressure to help their citizens first. But this is a global problem and governments need to work together to eradicate COVID. To avoid hardening attitudes against helping other countries, governments need to change how they talk about the pandemic. They must resist the urge to blame other countries. The emphasis must now be on the need for a global response.

We are psychologically driven to help people from our own tribe, or in-group, over members of out-groups. This is what we are now witnessing in the allocation of resources to fight COVID. Around the world, governments are trying to vaccinate their own populations first. There is, so far, little talk of helping other countries.

My research involving over 2,000 Britons suggests that the UK population supports their government’s prioritization of domestic vaccination. Most people surveyed supported investment in measures that would benefit British (in-group) people over offering financial aid to other countries in the EU or sub-Saharan Africa.

If governments are to start cooperating more internationally, it is essential to shift public opinion away from such in-group favoring biases. But the survival of democratic governments depends on their popularity with the electorate. So it is vital for decision makers to draw on approaches that can counteract our human impulse for tribalism, and build public support for sharing resources across borders. 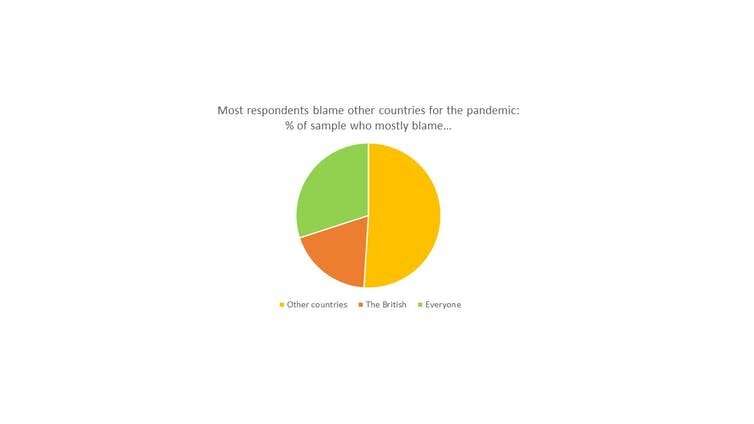 Hoarding vaccines is, ultimately, self-defeating. Vaccinating the entire population of one country is not going to guarantee lasting protection if the virus is allowed to run rampant in other parts of the world, mutating into potentially vaccine-resistant variants.

But the desire to protect the in-group is deep seated. When things go wrong, we find it much easier to blame others than look inwards. More than half of our research participants blamed other countries—not Britain—for the ongoing pandemic.

My research points to actions that can stop feeding self-defeating in-group tribalism. For a start, governments need to stop pinning the blame for the pandemic on other countries, as for example both the US and China have done.

In my studies, participants who blamed other nations for starting or spreading COVID were less willing to offer help across national boundaries. Blaming other nations not only reduced willingness to support those scapegoated nations, it decreased willingness to assist all other out-group countries, even those perceived as blameless.

Being honest about each nation’s own role in perpetuating the pandemic is also vital. British participants who were more aware of their own country’s role in spreading the virus were more likely to support global coordination and resource-sharing to defeat CCOVID. Honesty about failings, such as the delay in locking down in spring 2020, could help encourage an honest perspective about the British contribution to the problem. That, in turn, could boost public support for the need to act beyond British borders. 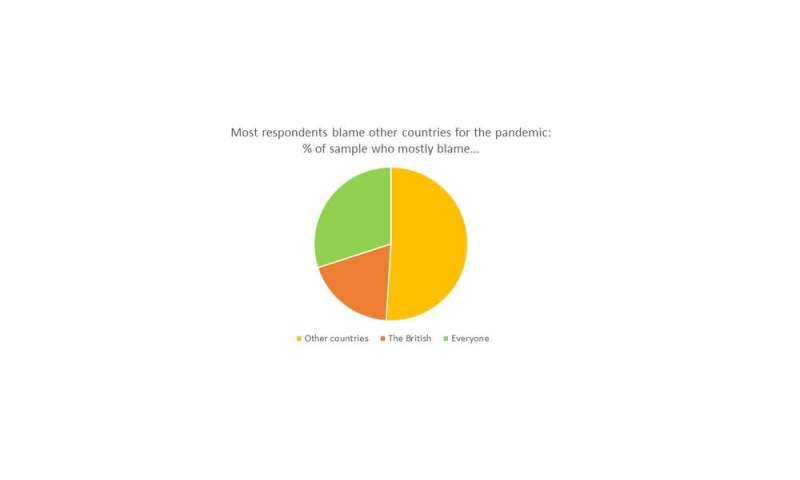 Being open to joint action to overcome this global crisis was also more common among participants who were aware of our interdependency with other nations. Clear messaging on this front will also be essential.

Current broad public optimism about the success of the British national vaccination program is understandable but we must be clear that can only get us so far. To lend weight to the importance of an international perspective, politicians must go beyond platitudes and lip service. Words must be backed up, in practical terms. That means vaccine resource sharing.

Faced with a rampant virus, the temptation for all governments is to focus on protecting their own populations—to stick within in-group borders. For many nations, this approach is being justified by the argument that we need to make ourselves safe before helping others. But this can only be a short-term strategy. Unless we change the narrative, the longer-term strategy is at serious risk.

COVID-19 masks FAQ: How can cloth stop a tiny virus? What’s the best fabric? Do they protect the wearer?
block, do, How, instinct, nationalism, of, our, Out, pandemic, path, resist, the, tribal, vaccine, we, Will
Latest Posts