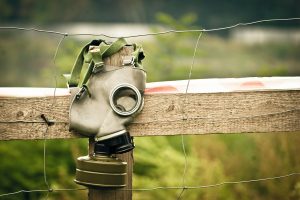 The World Health Organization has announced that Congo’s latest outbreak of the deadly Ebola virus is not yet considered a global health emergency. Some aid groups expressed alarm when the rate of new cases more than doubled this month. With the area compared to a war zone, resistance to health workers sometimes turning violent and confirmed cases found near the heavily traveled Ugandan border, the risk of regional spread is “very high.”

Here’s a look at the outbreak that has had 181 confirmed cases, including 104 deaths, since it was declared on Aug. 1.

Ebola is a virus that without preventive measures can spread quickly and is fatal in up to 90 percent of cases. The symptoms include fever, vomiting, diarrhea, muscle pain and at times internal and external bleeding. Symptoms can start to occur between two and 21 days from infection, according to WHO.

The virus is spread by close contact with the bodily fluids of people exhibiting symptoms and with objects such as sheets that have been contaminated. Health care workers are often infected, and burial practices that call for close contact with Ebola victims can spread the disease.

Dozens of people in this outbreak have received one of several experimental Ebola treatments but their effect is yet to be fully studied.

WHY IS THE REGION COMPARED TO A WAR ZONE?

Multiple rebel groups are active in Congo’s far northeast and they have killed hundreds of people in recent years. Attacks in Beni, the center of Ebola containment efforts, have led to a traumatized population that can be wary of outsiders. A “dead city” strike in Beni to protest one attack forced Ebola work to be suspended for a few days, with worrying results. Congo’s health ministry says the crucial work of finding and monitoring suspected contacts of Ebola victims is lower in Beni than elsewhere, increasing the risk of the virus spreading unnoticed.

Health workers describe being accompanied by armed guards from the U.N. peacekeeping mission or Congolese security forces, hearing gunfire daily and having to finish by sundown to avoid being caught out by rebels.

“When we arrived at the airport we noticed that the area is heavily militarized,” says Dr. Marie Claire Kolie with ALIMA (The Alliance For International Medical Action). “Personally it scared me a little, I must say. But … we can’t just leave these people.”

Congo’s health ministry this week reported a “remarkable advance.” After a confirmed Ebola victim fled into a “red zone” considered inaccessible to health workers—one of the biggest fears in this outbreak—long negotiations with one of the most feared armed groups, the Mai Mai, led to a vaccination team being allowed to enter.

WHY IS THERE COMMUNITY RESISTANCE?

This is the first time an Ebola outbreak has occurred in this part of Congo, and health workers must explain the importance of safe burials and other preventative measures. And yet some residents have rejected Ebola vaccinations and fled, or attacked health teams, or in one case drove off with the corpse of an Ebola victim. One confrontation left Red Cross volunteers seriously injured .

This has hurt containment efforts. On Saturday, Congo’s health minister said the majority of confirmed Ebola cases reported this month have not been on the list of known contacts and the epidemiological links “were only identified after profound investigation.”

After “numerous aggressions” against health workers, the ministry this month announced new measures in Beni. They give authorization for health teams to call on security forces during safe burials. They also threaten criminal sanctions against those who hide suspected Ebola cases or don’t send them to treatment centers.

IS THERE A NEW EBOLA VACCINE?

Why whooping cough is making a comeback

Ten Percent of the Population is Left-Handed, and Science Now Knows Why
AP, Congo's, Ebola, explains, Is, latest, outbreak, Why, Worrying
Latest Posts