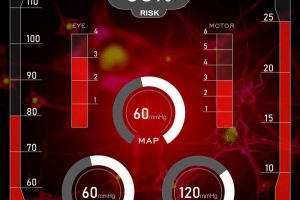 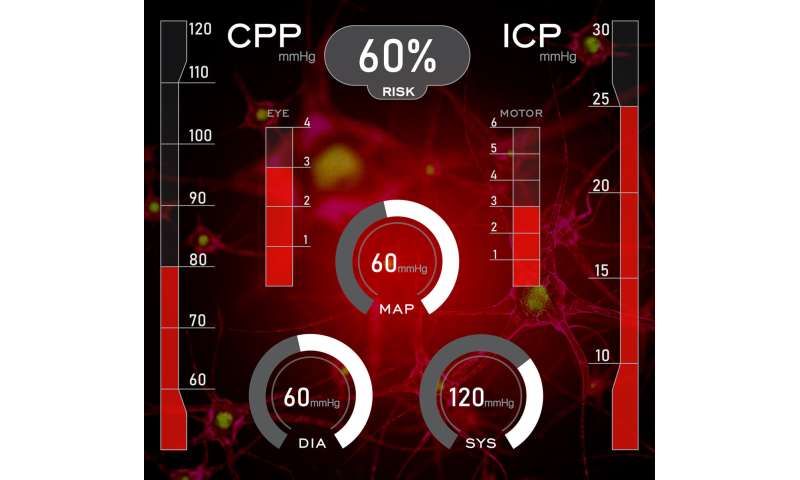 Traumatic brain injury (TBI) is a significant global cause of mortality and morbidity with an increasing incidence, especially in low-and-middle income countries. The most severe TBIs are treated in intensive care units (ICU), but in spite of the proper and high-quality care, about one in three patients dies.

Patients that suffer from severe TBI are unconscious, which makes it challenging to accurately monitor the condition of the patient during intensive care. In the ICU, many tens of variables are continuously monitored (e.g. intracranial pressure, mean arterial pressure and cerebral perfusion pressure) that indirectly give information regarding the condition of the patient.

However, only one variable, such as intracranial pressure, may yield hundreds of thousands of data points per day. Thus, it is impossible for the human brain to comprehend the resulting millions of daily collected data points from all monitored data. This is why researchers at Helsinki University Hospital (HUS) started to develop an artificial intelligence (AI) based algorithm that could help doctors treat patients with severe TBI. At its best, such an algorithm could predict the outcome of the individual patient and give objective data regarding the condition and prognosis of the patient and how it changes during treatment.

“A dynamic prognostic model like this has not been presented before. Although this is a proof-of-concept and it will still take some time before we can implement algorithms like this into daily clinical practice, our study reflects how and into what direction modern intensive care is evolving,” says Rahul Raj, adjunct professor of Experimental Neurosurgery from HUS and one of the authors of the paper.

The algorithms can predict the probability of the patient dying within 30-days with accuracy of 80-85 percent.

“We have developed two separate algorithms. The first algorithm is simpler and is based only upon objective monitor data. The second algorithm is slightly more complex and includes data regarding the level of consciousness, measured by the widely used Glasgow Coma Scale score. As expected, the accuracy of the more complex algorithm is slightly better than for the simpler algorithm. Still, the accuracy of both algorithms is surprisingly good, considering that the simpler model is based upon only three main variables and the more complex upon five main variables,” tells Eetu Pursiainen, Data Scientist from the Analytics and AI Development Department at HUS, one of the authors and main coders of the algorithms.

In the future, the algorithms still have to be validated in national and international external datasets.

“Finland is one of the world leaders in artificial intelligence solutions in specialized healthcare and Helsinki University Hospital, as one of the largest hospitals in Europe, plays an important role in bringing Finnish excellence into the world. Because of this, we think that it is important act ethically and share our algorithms openly and free of charge for further development, both nationally and internationally,” states Miikka Korja, Chair of the HUS Artificial Intelligence Steering Group and Adjunct Professor of Neurosurgery at the University of Helsinki.