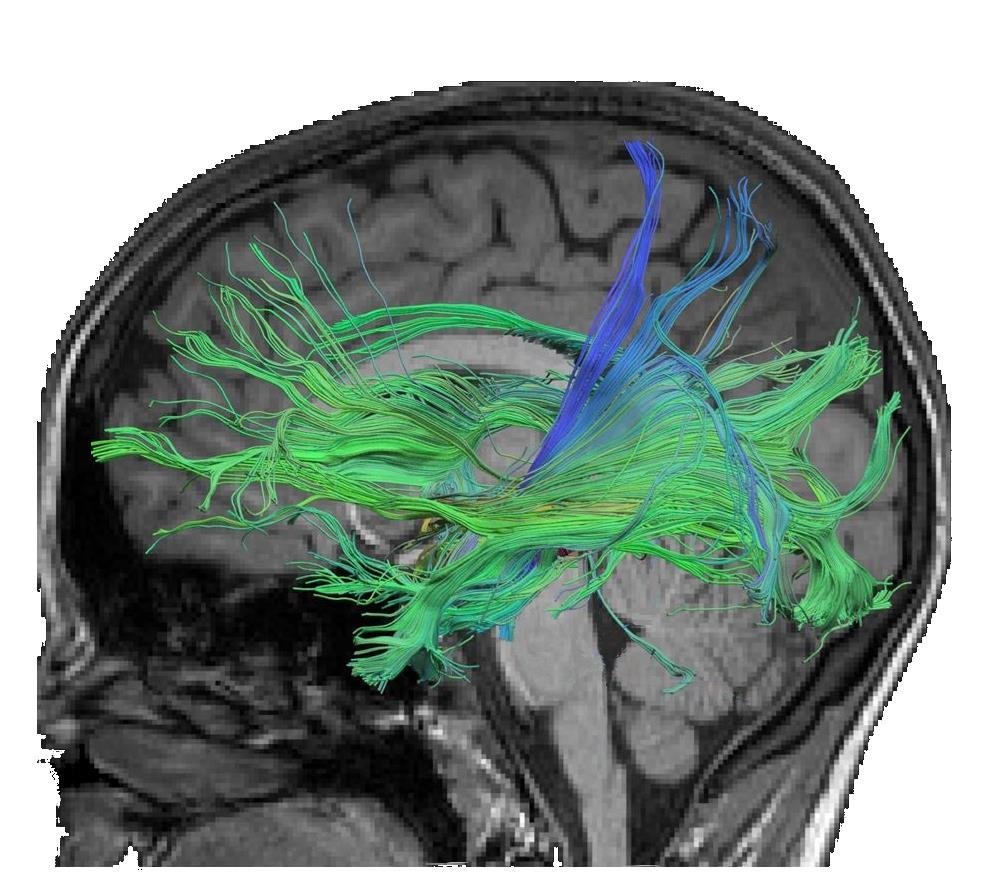 Researchers at the Leibniz-Institutes für Wissensmedien (IWM) and of the Graduate School and Research Network LEAD at the University of Tübingen now found out: Short and intensive arithmetic training strengthens the neuronal connections between brain regions in adults. This neuronal plasticity through numerical learning was already detectable after only five training sessions. Results of the study have been published in the renowned journal Cortex.

No matter whether a person learns new knowledge or a new body movement – synapses, nerve cell connections and entire brain areas, i.e. the function and structure of the brain, do always change. The human brain remains “plastic” for a lifetime, i.e. it is able to change. Researchers led by Dr. Dr. Elise Klein at the Leibniz-Institut für Wissensmedien (IWM) have investigated functional and structural changes of the brain as consequence of media-based numerical learning. It seems obvious that arithmetic training has an impact on our ability to calculate. The study demonstrated this on a neuronal level: The calculation training changed the network of brain areas that was activated when solving math calculations. However, the study has now also revealed structural changes in the brain as a result of calculation training—and thus anatomical changes in the neuronal network.

The findings indicate how learning processes manifest themselves in the brain and show the potential of neurocognitive plasticity in adulthood.

The calculation training not only successfully improved the performance of the participants, the researchers from Tübingen also succeeded in determining how this learning process takes place on a neuronal level. In a previous study, they had already observed that training increases functional activation in brain areas associated with the retrieval of arithmetic facts from long-term memory (e.g. hippocampus). By using diffusion-weighted magnetic resonance imaging, the researchers have now been able to show that the training also strengthened the structural connection between these areas which led to a successful learning process. “The neuronal plasticity following media-based training was already evident after only five training units,” says Elise Klein from the IWM. “This change at the neuronal level indicates that even short cognitive training sessions can induce plastic processes in the brain. The selectivity of the neurostructural changes, in turn, gives insight into the processing of arithmetical facts in the brain.” The findings not only indicate how learning processes manifest themselves in the brain, but also show the potential of neurocognitive plasticity in adulthood.

Kidney transplant recipients do not contract hepatitis C if receiving kidneys from donors with a history of hepatitis C
Better, brain, connectivity, of, regions, training, with
Latest Posts