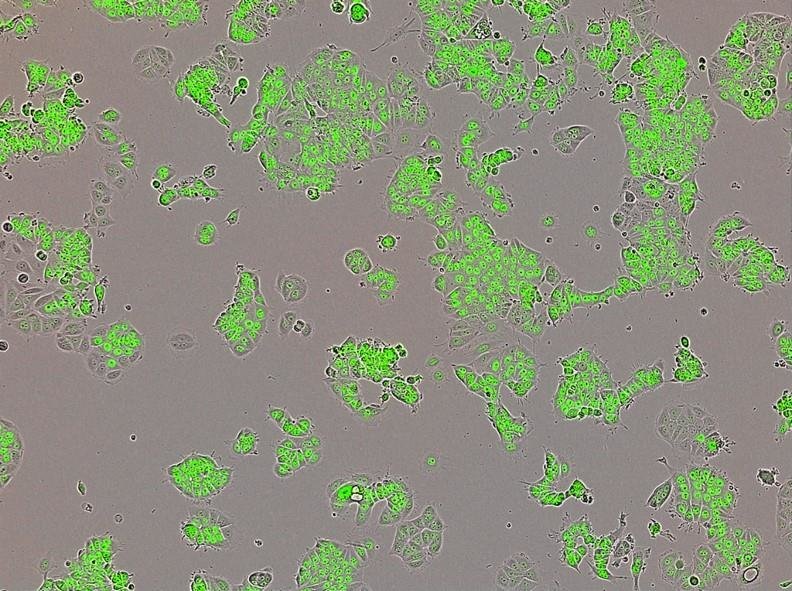 Scientists have unveiled clues about a mysterious molecule called Yin Yang1—and revealed it may fuel tumour growth in breast cancer.

The findings, by a group of international scientists led by Imperial College London, may open avenues for new treatments, and help understand why some tumours become resistant to chemotherapy.

Crucially, the findings also reveal how tumours can change their ‘appearance’ to evade cancer treatments, using a system called epigenetics.

Yin Yang1 is a type of molecule, called a transcription factor, which help activate genes. Although each cell contains around 25,000 genes, only a certain number are switched on at one time, depending on what functions the cell needs to perform.

All cells of the body need Yin Yang1, but scientists were previously unsure whether it helped or hindered cancer growth.

To find out if it is friend or foe, the team completed in-depth genetic profiling of breast tumours from 37 patients, using a variety of different techniques, including the gene editing technique CRISPR.

The results, published in the journal Nature Medicine, revealed cancer cells are much more reliant on Yin Yang1 than normal cells, and that it may drive breast cancer growth.

The findings also revealed tumours change which genes they switch on as they become aggressive—which may affect how they respond to treatment.

This suggests doctors should take new tumour samples when a patient’s cancer spreads around the body, said Dr. Luca Magnani, study author from the Department of Surgery and Cancer at Imperial: “At the moment, patients usually have a biopsy when they are first diagnosed with breast cancer. Doctors then analyse this tissue sample to identify what type of breast cancer a patient has, as this will dictate the best treatment for them.”

He continued: “However our results suggest tumours switch different genes on and off as they progress, and can fundamentally change their ‘appearance’. Therefore if a tumour becomes more aggressive, and spreads around the body, we would advise always taking a second biopsy. The cancer might have changed significantly in this time, and would respond to different treatments. Although taking a second biopsy when a patient’s cancer relapses is becoming much more common, it’s still not happening all the time.”

Breast cancer is the most common cancer in the UK, with around 150 people diagnosed with the disease every day.

The new research, funded by the Wellcome Trust, Cancer Research UK and the European Union, studied a type of breast cancer called oestrogen-receptor positive. This accounts for 70 per cent of all breast cancers and is treated with hormone therapies.

The team, who included researchers from European Institute of Oncology in Milan, the University of Liverpool, and Case Western Reserve University in Cleveland, studied which genes were switched on and off in the tumours.

To help the scientists track epigenetics the researchers monitored chemical modifications on DNA regions called enhancers, types of ciphers that tell the cell to switch on certain genes when they are activated.

The results revealed that two particular enhancers, regulating SLC9A3R1 and Yin Yang 1 genes, are activated at specific stages when they might help cancer cells grow and evade treatment.

In particular Yin Yang1 was found to switch on SLC9A3R1, which helped tumours grow.

The team will now study larger numbers of patient samples, and follow the same group of patients to track how enhancer activation in these cancers evolves. They will also investigate a type of breast cancer known as triple negative, which is very difficult to treat.