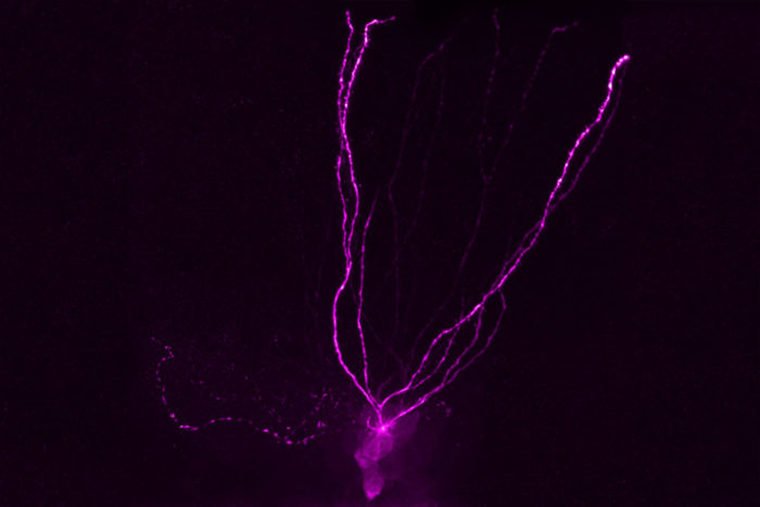 But now, researchers at Washington University School of Medicine in St. Louis and Sage Therapeutics in Boston are trying a different approach to alleviate depression. Most antidepressant drugs target serotonin receptors, aiming to boost serotonin, a chemical thought to regulate mood and social behavior. Using CRISPR technology, the scientists have been able to target an altogether different type of receptor called delta-type GABA receptors. They think that natural mood-boosting substances in the brain can target these receptors.

The research is available online in The Journal of Neuroscience.

“There’s a real need to develop more effective antidepressants,” said principal investigator Steven Mennerick, professor of psychiatry. “The most commonly prescribed antidepressant drugs—such as Prozac, Paxil and Zoloft—were approved by the FDA more than 30 years ago, and there’s been a dearth of new antidepressants since then. A completely new approach is warranted.”

That new approach involves targeting GABA receptors with substances called neurosteroids, chemicals that occur naturally in the brain and are involved in emotional and motivational brain networks. The research was conducted through the university’s Taylor Family Institute for Innovative Psychiatric Research, which was established in 2013 to develop new drugs for depression and other psychiatric illnesses.

“Neurosteroids are thought to selectively interact with delta-type receptors, and there’s evidence that those drugs may help patients suffering from depression,” said Mennerick, who also is the scientific director of the Taylor Family Institute.

In the new research, Mennerick and his colleagues focused on GABA receptors located on neurons in the brain’s hippocampus, a part of the brain involved in learning and memory. Using CRISPR, they mutated the delta-type GABA receptors to isolate and test their role in brain functioning.

Last summer, The Lancet published results of a Sage-funded trial of the neurosteroid brexanolone as a treatment for postpartum depression. The study of 21 women showed that depression improved significantly in those given the drug.

Those drug trials did not take place in St. Louis, to avoid conflicts of interest because several Taylor Family Institute researchers serve as scientific advisers for Sage. In the current study, testing the same compound in cell cultures and mice, Mennerick’s team is exploring whether the drug works through delta-type GABA receptors.

“The drugs affect GABA receptors, but they also seem to have anti-inflammatory properties,” Mennerick said. “We think it may be that special mix of reducing inflammation while activating these receptors that contributes to antidepressant effects.”

“It’s very difficult to differentiate among different types of GABA receptors because they share so many common properties,” Sun said. “Previously, scientists really had no way to isolate the subtypes, but we can do that with CRISPR/Cas9 gene editing technology to learn how particular drugs affect individual receptor subtypes.”

Mennerick explained that if further studies confirm that activating delta-type receptors has antidepressant effects, a next step would be to develop and test more compounds that activate those receptors. He said the mutant mice give them the tool they need to develop more potent drugs that also are more selective, with fewer side effects.