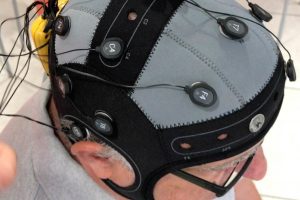 According to a study conducted by the UAB and the UPO, scene changes diminish a spectator’s blink rate, producing an increase in attention. The results of the study demonstrate that dynamic and chaotic audiovisual editing causes more activity in the visual processing areas, while continuous and orderly editing produces more cognitive processing activity.

Scene changes inhibit a spectator’s blink rate, thus increasing their attention. They also produce a flow of brain activity from the occipital lobe toward the frontal lobe. The study, by researchers from the Universitat Autònoma de Barcelona and the Pablo de Olavide University, Sevilla, recently published in the journal Neuroscience, deals with what happens after the scene changes as measured by frequency in blinking, electric activity in the brain and functional connectivity associated with the brain.

The research also concluded that editing style influences a spectator’s perception. Scene changes presented in a dynamic and chaotic style, such as video clips, produce more activity in the visual processing areas when compared to more continuous and orderly scene changes.