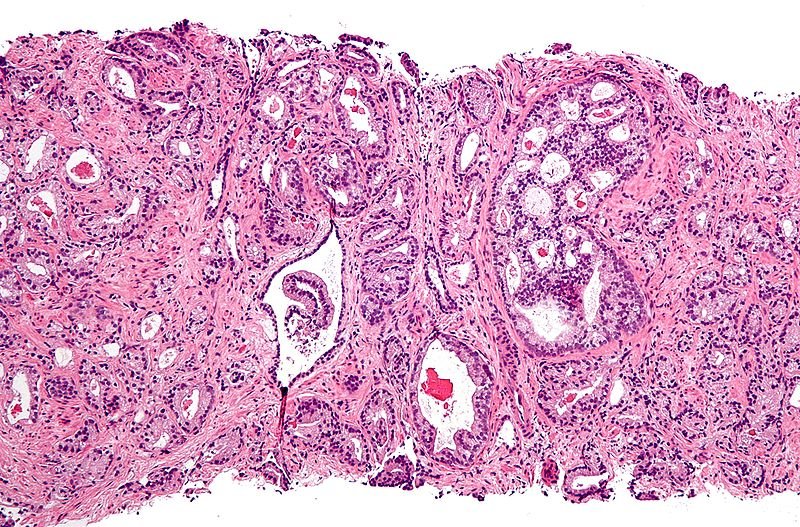 Compared with non-drinkers, men who consumed at least seven drinks per week during adolescence (ages 15-19) had three times the odds of being diagnosed with clinically significant prostate cancer.

The study is published in the Cancer Prevention Research, a journal of the American Association for Cancer Research, by Emma Allott, Ph.D., assistant professor in the Department of Nutrition at the University of North Carolina at Chapel Hill

“The prostate is an organ that grows rapidly during puberty, so it’s potentially more susceptible to carcinogenic exposure during the adolescent years,” said Allott. “For this reason, we wanted to investigate if heavy alcohol consumption in early life was associated with the aggressiveness of prostate cancer later.”

Previous research in this area often focused on the effect of alcohol intake on overall prostate cancer risk. Because many cases of prostate cancer are indolent, the researchers analyzed whether alcohol consumption during puberty and midlife are associated with high-grade prostate cancer in adulthood.

Allott and colleagues evaluated data from 650 men undergoing a prostate biopsy at the Durham Veterans Affairs Medical Center between January 2007 and January 2018. These veterans had no prior history of prostate cancer, and their ages ranged from 49 to 89 years old. The population was racially diverse; 54 percent of patients were non-white. Men completed questionnaires which assessed the average number of alcoholic drinks consumed weekly during each decade of life to determine age-specific and cumulative lifetime alcohol intake.

“Our results may explain why previous evidence linking alcohol intake and prostate cancer has been somewhat mixed,” noted Allott. “It’s possible that the effect of alcohol comes from a lifetime intake, or from intake earlier in life rather than alcohol patterns around the time of diagnosis of prostate cancer.”

Limitations of the study include a reliance on self-reported data, which could be subject to recall bias. Furthermore, because heavy drinkers within the study were often heavy smokers, Allott noted that despite adjusting their model for smoking, residual confounding may exist, and that the sample size was not large enough to explore this association further.

Additionally, those who heavily consumed alcohol early in life typically continued to drink heavily throughout their entire life; as such, the researchers could not definitively separate the potential effects of early-life exposure of alcohol from cumulative lifetime exposure.

Early trauma may be risk factor for anxiety and depression in adults with head/neck cancer
alcohol:, cancer, Early-life, high-grade, Increase, intake, May, Odds, of, prostate, the
Latest Posts