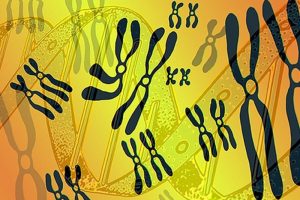 Kandamurugu Manickam, M.D., M.P.H., from Nationwide Children’s Hospital in Columbus, Ohio, and colleagues compared clinical data from individuals with (cases) and without (controls) P/LP variants in BRCA1/2. Participants were 50,726 adult volunteers who underwent exome sequencing at a single health care system from Jan. 1, 2014, to March 1, 2016.

The researchers found that 99.5 percent of those tested had no expected pathogenic BRCA1/2 variants, while 0.5 percent were BRCA1/2 carriers. Of the 267 cases, 55.4 percent were women and 44.6 percent were men; 35.6 percent had BRCA1 variants, and 64.4 percent had BRCA2 variants. The vast majority of cases (82 percent) had undergone no prior clinical testing. Just less than half (47.8 percent) of the 23 deceased BRCA1/2 carriers and 20.9 percent of all BRCA1/2 carriers had syndromic cancer diagnoses. Among the female variant carriers, 20.9 percent had a personal history of breast cancer versus 5.2 percent of 29,880 noncarriers (odds ratio, 5.95). Similarly, 10.1 percent of variant carriers had an ovarian cancer history versus 0.6 percent of the noncarriers (odds ratio, 18.3). Roughly half (49.4 percent) of the BRCA1/2 carriers without prior testing but with comprehensive personal and family history data did not meet published guidelines for clinical testing.

“These findings suggest that genomic screening may identify BRCA1/2-associated cancer risk that might otherwise remain undetected within health care systems and may provide opportunities to reduce morbidity and mortality in patients,” the authors write.