Home » Health Problems » How Does the Health of Our Planet Affect Our Own Health?

How Does the Health of Our Planet Affect Our Own Health? 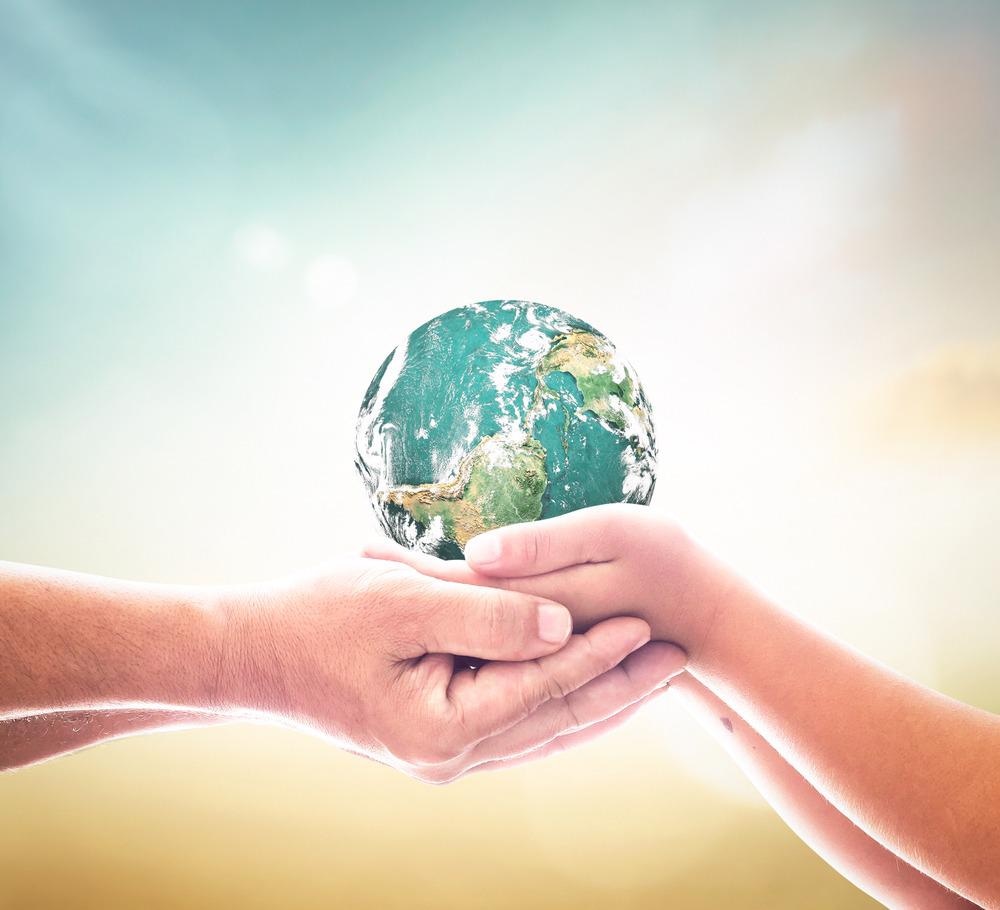 Industrialization is associated with the contamination of air, water, and land by multiple pollutants that have toxic effects on the lungs, brain, bone marrow, nerves, kidneys, and skin. Industrial accidents lead to the release of dramatically large amounts of pollutants into the environment, killing plant and animal life on a large scale.

Hazardous chemicals build up in the environment from industries, agriculture, household chemicals, and improper waste disposal. Some such chemicals accumulate at successive layers up the food chain and persist for decades. These cannot, therefore, be reduced rapidly even by immediately reducing the production or release of such chemicals.

Even in developed countries, without excessive population growth, consumeristic lifestyles have been promoted by the governments for many decades to foster economic growth, burdening the finite supply of non-renewable resources like fossil fuels, wildlife, trees, water, and soil resources. In addition, greenhouse gases add their toxic effects to the mix, leading to the exacerbation of global warming and the formation of ozone holes.

As developing populations join the rat race to acquire more and more consumer goods, natural resources are likely to be exploited in an unsustainable manner. This jeopardizes both human survival as well as that of other living species on earth. Instead of identifying unsustainable levels of consumption as indicators of prosperity and development, therefore, it is necessary to understand health as being free of disease and in a position of strength as regards one’s life and community development.

Today’s lifestyle involves ever-expanding exposures to chemicals, in terms of variety and volume, as well as over a larger range of time, including critical periods of life such as fetal development, pregnancy, and old age.

Fossil fuel combustion products released high into the atmosphere via tall chimneys change into acids formed from sulfur and nitrogen oxides, to fall as acid rain or snow, destroying forests and acidifying lakes and soils. The acids may leach metals from pipes, soils, and solder, all of which could end up in human drinking water and food.

The ozone layer in the stratosphere is undergoing damage from various chemicals such as chlorofluorocarbons (CFCs) in aerosols, refrigerants, halons, and organic solvents of various types. This could allow ultraviolet radiation to reach the earth’s surface at higher levels, predisposing to skin cancer, cataracts of the eye lens, and general aging.

Fossil fuels represent the greatest source of air pollution, almost three-quarters of its use being in developed countries, who use it for power, industrial processes, transport, and heating homes. Coal plus biomass combustion contribute a major chunk of human disease due to energy production. This is because the latter is used to heat and cook by half of the world’s population. Household air pollution is severe in most low-income homes in the South.

The resulting pollution includes smoke, lung irritants, cardiovascular toxins, and carcinogens. Air pollution in cities is above WHO guidelines for 90% of urban-dwellers. Moreover, greenhouse gases like carbon dioxide build-up in the atmosphere, causing global warming and a rise in the average sea level. Over half of this is due to carbon dioxide from burning fossil fuels, while another quarter comes from CFCs.

The rise in global temperatures is already 0.8 to 0.9 °C higher than that before the Industrial Revolution and heading to 1.5 °C in less than a decade. This has led to almost a decade of the warmest years ever, putting thousands of millions of people at risk for potentially fatal heat stroke and heat stress even in snow-bound countries in Northern Europe and Canada.

Other impacts include heavy rains and flooding, drought and desertification, changes in vector habitat and distribution, with increasing areas being affected by scourges like malaria, filariasis, and dengue.

The dumping of hazardous wastes from highly industrialized countries in developing countries is another issue that could endanger the health of those living near the site of disposal, especially as this is unlikely to be properly regulated in such regions. Run-off from such heavily polluted dumps can pollute rivers, lakes, and oceans.

Ocean pollution occurs most heavily near the coast, especially with large bays and seas. Both biological and chemical pollution can occur, contaminating and eventually killing off fish and beach species. This can cause seafood poisoning and epidemics of foodborne diseases.

Melting glaciers have raised the sea level, while rising water temperatures, loss of aquatic species including coral reefs, and low oxygenation, add to the ocean pollution. Fishing is endangered by such pollution, increasing the occupational danger for fishermen as they sail unfamiliar waters, while many aquatic species face extinction.

Unhealthy coastal and ocean water could leave over a billion coast-dwellers unemployed, while over 3 billion people who use fish as a primary dietary constituent will experience food insecurity. Vanishing coral reefs and dying fisheries will lead to the loss of approximately $280 billion, with the jobs of up to 120 million being jeopardized.

Meanwhile, freshwater resources have been impacted by the change in precipitation patterns and the melting of glaciers, changes in the water table, and the buildup of antibiotics, toxins, pollutants like micro-and nano-plastics, nutrients, and biological or infectious agents. Unregulated industrial development leads to water pollution by the release of industrial effluent.

Agricultural chemicals are another major source of water pollution. The use of excessive amounts of fertilizer and pesticide affects the food chain, contaminates the groundwater and other aquatic resources, leading to algal blooms, and health hazards, including the death, of land and aquatic animals. The result is that water bodies cannot deal with biodegradable waste, or dilute non-biodegradable wastes.

The greatest impact is felt in developing countries, due to poor regulation of all these sources of pollution. Poverty is associated with poor hygiene, which further exacerbates environmental pollution by contamination of water and food with sewage, both human and animal. Pollution of water sources further worsens access to safe and clean water for drinking and washing.

Read Here: A Guide to Keeping the Planet Healthy

The threat to biodiversity has never been so great as in the last couple of centuries when species disappear before our very eyes. The extinction of a species can cause humans to lose a source of food, medicines, and/or pest control. Worse, it reverberates at multiple levels, with the loss of genetic matter, organisms, or whole ecosystems.

Maintaining a habitat friendly to other species is crucial to keeping an ecological balance since human life depends on the presence of adequate numbers of multiple other species. Environmental degradation that endangers plant and animal life will, inevitably, reduce the quality of human life, as seen above in the case of ocean and freshwater pollution that compromises the availability of seafood.

Again, global warming allows insect vectors of infectious disease to expand their habitat, increase in numbers, and form a greater proportion of the total insect population.

Wild animal hosts that harbor many pathogens capable of infecting humans and causing zoonotic disease may also be brought into more frequent and closer proximity with humans via such encroachment of humans into their habitat in the name of development.

Reduced biodiversity also threatens the availability of traditional medicines and foods from plants, which are the greatest and least expensive source of both. It also reduces the ability of natural environments such as croplands and fisheries to fight against pests, replenishes soil nutrients, and nurture plant pollinators for healthy crops. The spread of invasive species that occurs as a result, along with the increasing smuggling of wildlife, timber, and seafood, contribute to the loss of biodiversity.

Measures to improve health may lead to the inadvertent loss of species, such as the widespread use of insecticides to reduce mosquito numbers and thus control mosquito-borne diseases.

Land is being degraded, transformed from natural forest, plains, marsh, or delta to artificial farming systems, and polluted. An example is the way in which land is switched to growing meat, eggs, and milk-producing animals instead of grains, pulses, and vegetables that could feed many times the number of people with the same amount of land and other inputs.

While more food is being produced today than ever before, a large proportion of the global population remains underfed and malnourished, susceptible to disease and early death, unable either to grow or to buy enough food. As the soil loses its fertility, pollinators die out (due to the loss of habitat, pesticide use, and parasitic infestation), and topsoil is lost to winds and floods, farming systems may soon reach the tipping point.

As the sea level rises, coastal populations are being flooded out and/or lose their means of livelihood. Environmental plastic pollution leads to the ingestion and concentration of microplastics in animals and humans, affecting a variety of physiological pathways. 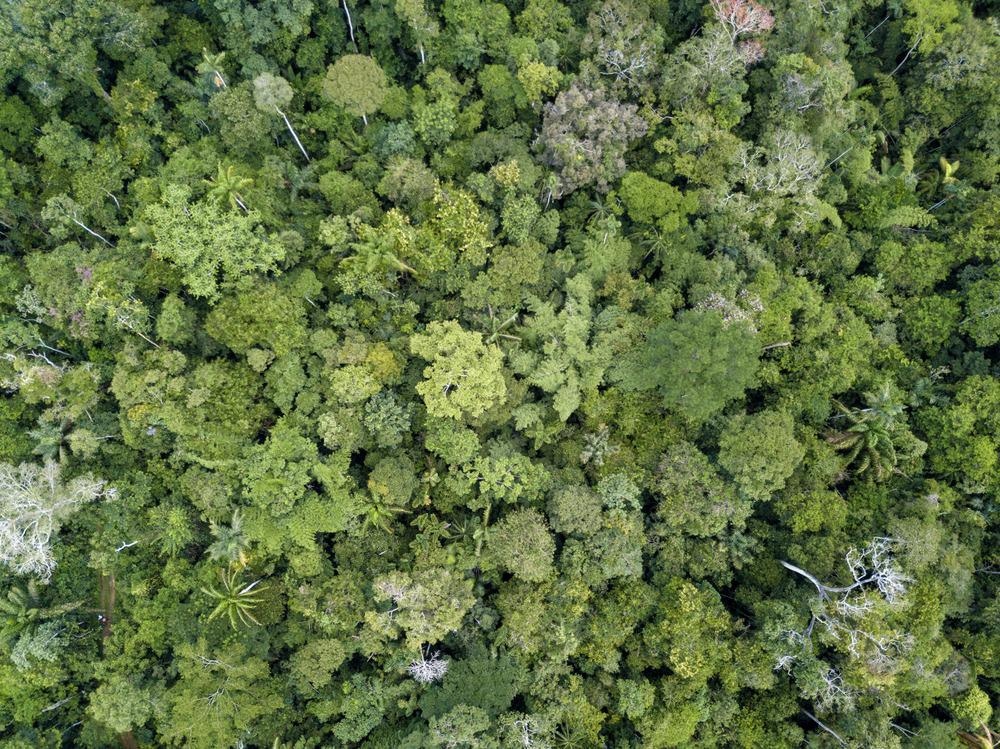 A failure to use sustainable development policies, in growing enough food, manufacturing goods, disposing of waste, obtaining raw materials, or transporting people and goods, leads to the breakdown of natural systems. This endangers both current health and survival, as well as leaving behind an increasingly fragile and toxic world to future generations.

“There is a powerful synergy between health, environmental protection, and sustainable resource use. Individuals and societies who share the responsibility for achieving a healthy environment and managing their resources sustainably become partners in ensuring that global cycles and systems remain unimpaired.”

Dr. Liji Thomas is an OB-GYN, who graduated from the Government Medical College, University of Calicut, Kerala, in 2001. Liji practiced as a full-time consultant in obstetrics/gynecology in a private hospital for a few years following her graduation. She has counseled hundreds of patients facing issues from pregnancy-related problems and infertility, and has been in charge of over 2,000 deliveries, striving always to achieve a normal delivery rather than operative.