Home » Health Problems » In the fight against Ebola in the Congo, pregnant women must not be forgotten 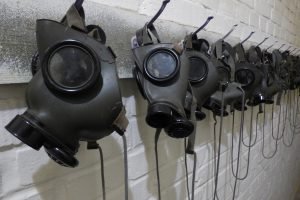 The latest outbreak of Ebola in the Democratic Republic of Congo was declared on Aug. 1, with more than 100 confirmed and probable cases in eastern provinces. According to Congo’s health ministry, more than 70 people have died. International health organizations have called for swift action to avoid the severity of the 2013-16 Ebola outbreak in West Africa that killed more than 11,000 people.

Pregnant women were excluded from every vaccine and drug trial in the wake of the Ebola outbreak five years ago, according to Brittany Kmush, an assistant professor and infectious diseases and vaccines expert at Syracuse University’s Falk College of Sport and Human Dynamics. Kmush says if this same practice is still in place, the risk of maternal and fetal mortality will once again be extremely high for women, unborn children and young infants.

“Most clinical trials automatically exclude pregnant women on the grounds of unknown risks for the fetus, often without biological justification. However, most ethics experts now agree that, in life-threatening situations, pregnant women should be included in clinical trials. This certainly applies in the case of Ebola virus, which has about 90 percent maternal mortality and near 100 percent fetal and neonatal mortality in infected pregnant women.

Congo approves 4 experimental Ebola treatments in outbreak
against, Be, Congo, Ebola, fight, forgotten, in, must, NOT, pregnant, the, Women
Latest Posts