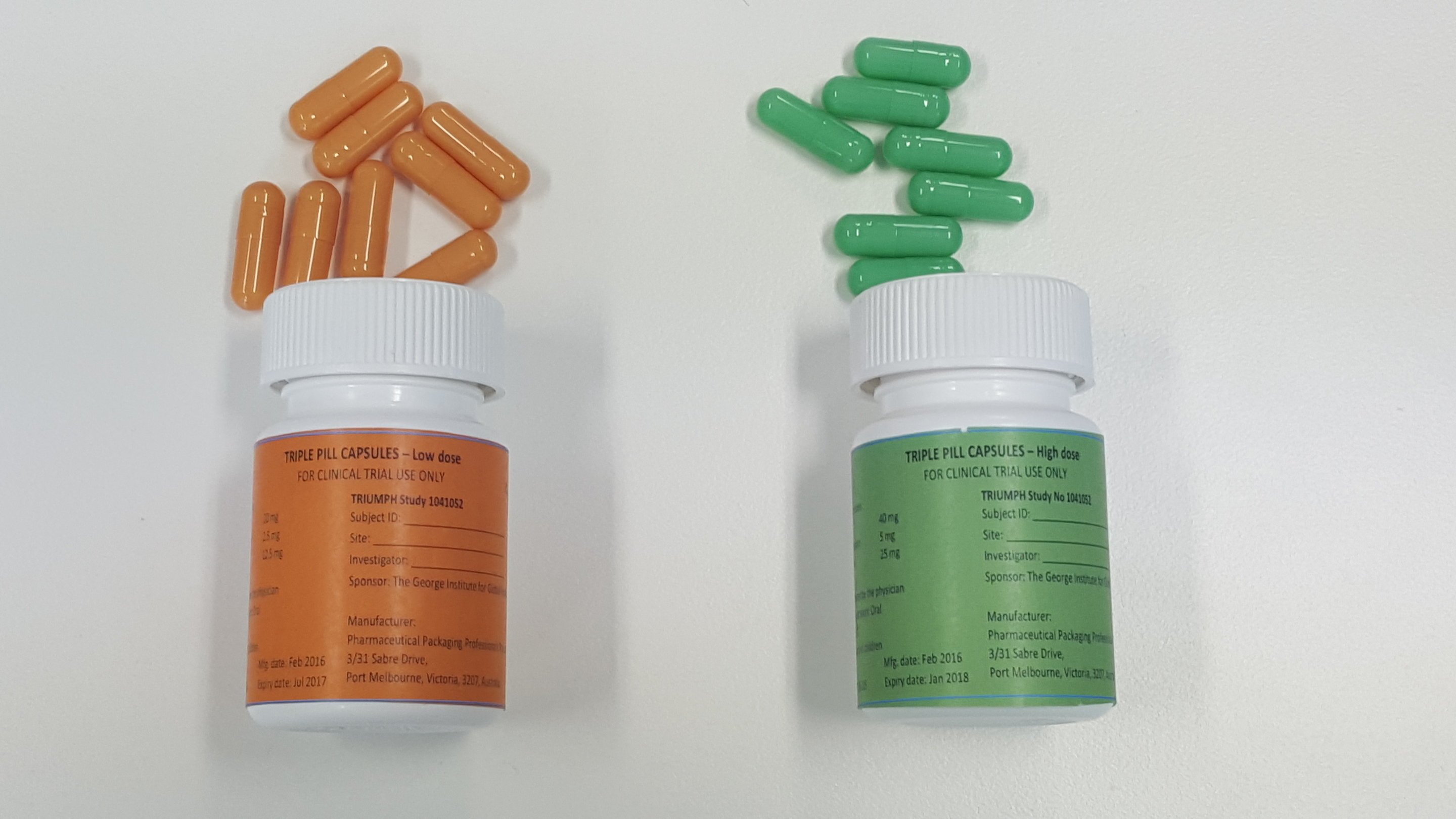 A new low dose three in one pill to treat hypertension could transform the way high blood pressure is treated around the world.

A trial led by The George Institute for Global Health revealed that most patients—70 per cent—reached blood pressure targets with the ‘Triple Pill’, compared to just over half receiving normal care.

With high blood pressure the leading cause of disease burden worldwide, it’s expected the findings published in JAMA will change guidelines globally.

The researchers tested an entirely new way of treating hypertension by giving patients three drugs, each at half dose, in a single pill for early treatment of high blood pressure. Traditionally patients begin treatment with one drug at a very low dose, which is increased over time with additional drugs added and increased in dosage to try to reach target.

Dr. Webster added: “Patients are brought back at frequent intervals to see if they are meeting their targets with multiple visits required to tailor their treatments and dosage. This is not only time inefficient, it’s costly. We also know that many doctors and patients find it too complicated and often don’t stick to the process. This new approach is much simpler and it works.”

The trial, which was conducted in Sri Lanka, enrolled 700 patients with an average age of 56 and blood pressure of 154/90 mm Hg.

Compared with patients receiving usual care, a significantly higher proportion of patients receiving the Triple Pill achieved their target blood pressure of 140/90 or less (with lower targets of 130/80 for patients with diabetes or chronic kidney disease).

Professor Anushka Patel, Principal Investigator of the trial and Chief Scientist at The George Institute, said this was big improvement. “The World Heart Federation has set an ambitious goal that by 2025 there will be a 25 per cent reduction in blood pressure levels globally. The Triple Pill could be a low cost way of helping countries around the world to meet this target.

“This study has global relevance. While the most pressing need, from the perspective of the global burden of disease, is low-and middle-income countries, it’s equally relevant in a country like Australia where we’re still achieving only 40%-50% control rates for high blood pressure.”