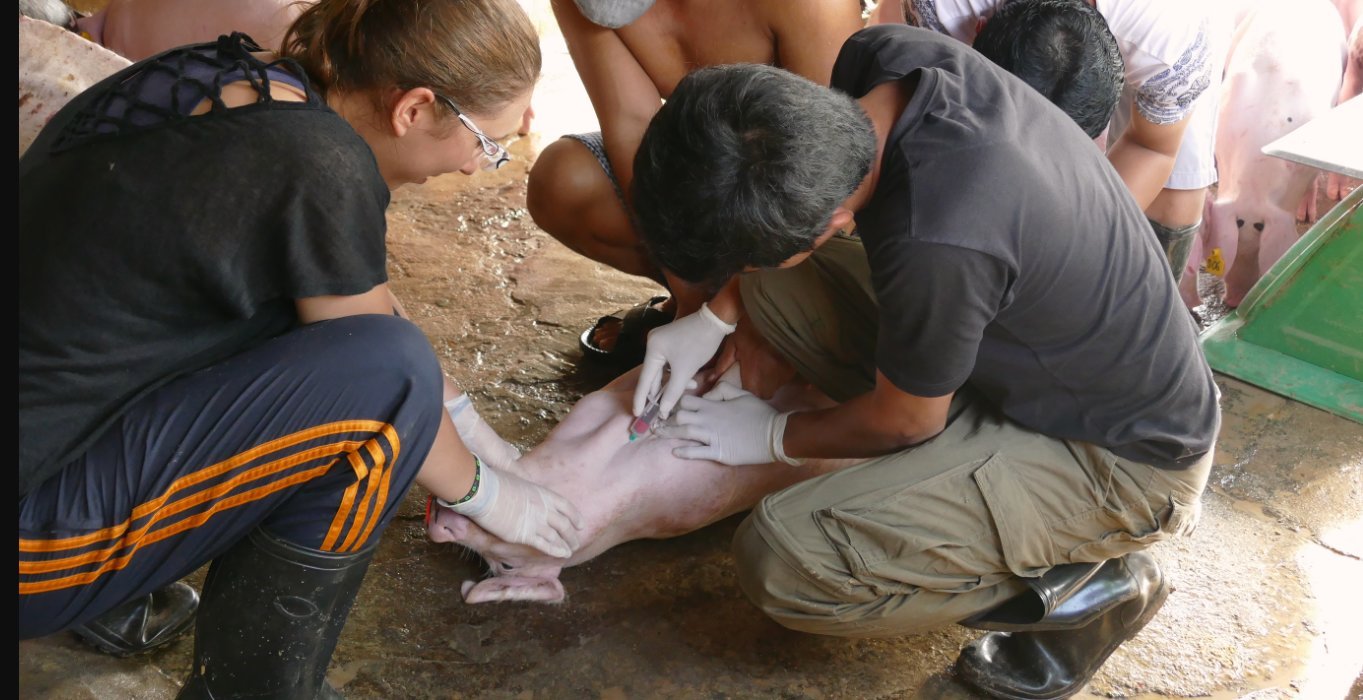 Japanese encephalitis (JE) virus, which causes acute encephalitis in Eastern and Southern Asia, is traditionally considered a rural disease. Now, researchers reporting in PLOS Neglected Tropical Diseases have shown that pigs in a peri-urban and a rural farm were infected by the virus at the same rate. This finding suggests vaccination efforts should be widened to encourage travelers to receive JE virus immunization.

JE is caused by a Flavivirus and transmitted mostly by mosquitos. Domestic pigs are considered major hosts, although the disease infects a wide range of vertebrates. According to the World Health Organization, approximately 68,000 human cases occur annually, of which 15,000—mostly young children—die of the virus. JE has long been considered a rural disease, with proximity to rice fields and pig farming known to be risk factors of the disease.

In their new work, Juliette Di Francesco, of the Institut Pasteur du Cambodge, Cambodia, and colleagues started their work based on a series of previous studies of JE virus by the French Agricultural Research Centre for International Development (CIRAD). Francesco and her colleagues followed 15 pigs in a rural farm and 15 pigs in a peri-urban farm. In both cases, they collected blood samples from the pigs every 8 to 11 days in 2015. Each sample was tested for the presence of JE virus antibodies and JE virus RNA.

In both groups, all the pigs tested positive for JE virus antibodies by the age of 6 months. The force of infection was similar in both farms, with a force of 0.61 and 0.69 per day in the peri-urban and the rural farm, respectively. The researchers detected six different strains of JE virus in the pigs. The pigs became infected later in the rural farm, which may be due to their later loss of maternal antibodies and to the larger amount of pigs in their proximity. Additional larger studies in other urban, peri-urban, and rural settings are needed to confirm these findings.