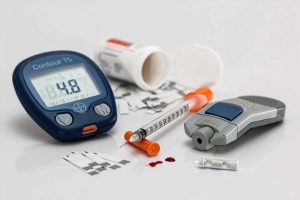 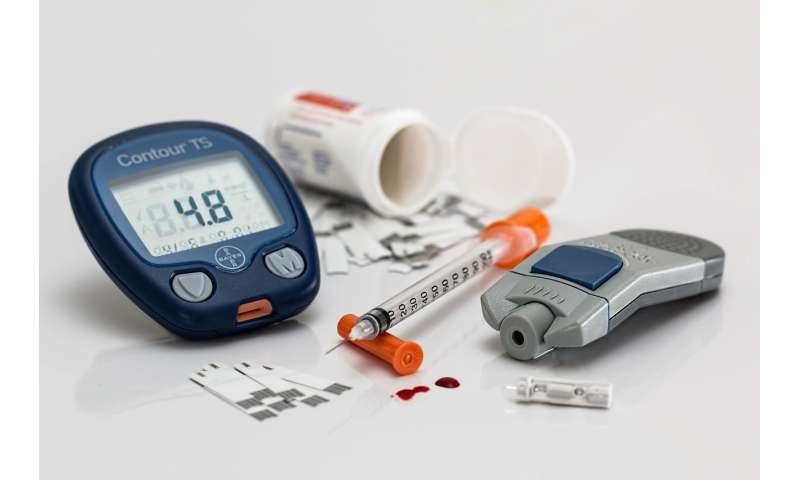 New research presented at this year’s Annual Meeting of the European Association for the Study of Diabetes (EASD) in Barcelona, Spain (16-20 September) shows that in patients with type 1 diabetes, hospitalization for either ketoacidosis or a hyperglycaemic (high blood sugar) coma are both linked to a subsequent increase in the risk of attempting suicide. The study is by Dr. Jean Michel Petit, CHU (University Hospital) Dijon, France, and colleagues.

Diabetic ketoacidosis develops when the body is unable to produce enough insulin. Without enough insulin (or if not enough is injected by the patient with diabetes), the body begins to break down fat as fuel. This process produces a buildup of acids in the bloodstream called ketones, eventually leading to diabetic ketoacidosis if untreated. The symptoms include nausea and vomiting, abdominal pain, weakness or fatigue, shortness of breath and fruity-scented breath. Shortage of insulin also allows blood sugar to rise, which if left untreated can lead to a hyperglycaemic coma.

Several studies suggest that type 1 diabetes can significantly increase the risk of suicide. In this new research, the authors evaluated whether history of ketoacidosis or hyperglycemic coma hospitalisation could be associated with an increased risk of re-hospitalization for suicide attempt among people with type 1 diabetes.

This population-based retrospective cohort study examined hospital data including all patients hospitalised in France for T1D, from 2008. People with T1D were identified from hospital records. To reduce the risk of including people with type 2 diabetes, only individuals aged 35 years and under were included (such younger patients with diabetes are far more likely to have T1D than T2D)

People with an hospitalization for hyperglycaemic coma (meaning ketoacidosis with accompanying loss of consciousness) between the index hospitalisation and 31 December 2010 (as their main, related or associated diagnoses) were included in the group “hyperglycaemic coma”.

An epidemiologic follow-up focused on hospitalisation for suicide attempts from medicine and psychiatric hospital data was conducted from 2008 to 2017. Statistical modelling was then used to establish any association.

After adjustment for age, gender and psychiatric disorders (acute or chronic depressive disorders, or psychosis), survival analyses showed that ketoacidosis (by 2.2 times) and hyperglycemic coma (by 3.1 times) among people with type 1 diabetes were strongly associated with increased risks of subsequent re-hospitalisation for suicide attempt from 2008 to 2017. Among the 36 paitents with at least 2 hospitalisations for hyperglycemic coma during the nine years after the index hospitalisation, 8 (22%) were hospitalized for suicide: a nine-times increased risk compared to patients hospitalised with type 1 diabetes but without ketoacidosis.