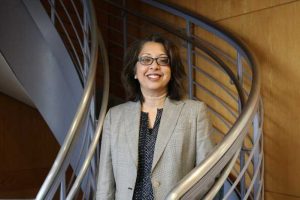 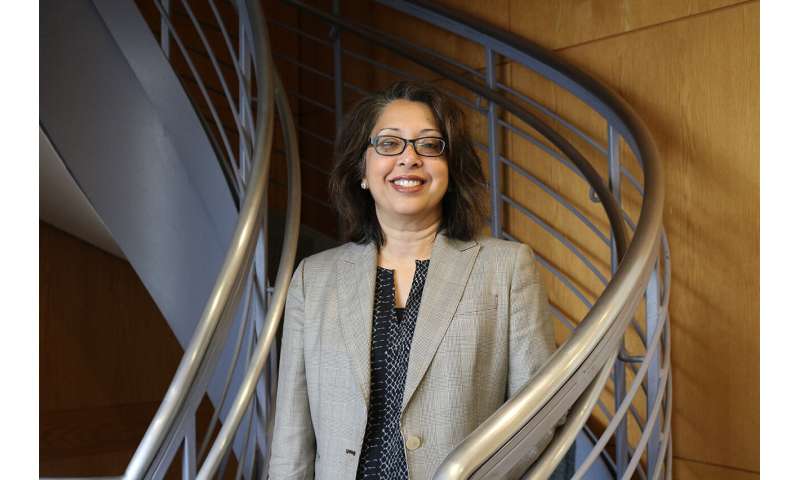 Scientists have discovered that a receptor on the surface of brain cells plays a key role in regulating how both animals and people respond to stress. The research suggests that the receptor may represent an important biomarker of post-traumatic stress disorder (PTSD) in humans and may offer a new target for future, more effective treatments for stress and anxiety.

“We have found that a specific cell receptor promotes resilience to the adverse effects of stress in animals,” said study leader Seema Bhatnagar, Ph.D., a neuroscientist in the Department of Anesthesiology and Critical Care at Children’s Hospital of Philadelphia (CHOP). “Because we found links to the same receptor in patients with PTSD, we may have insights into developing more effective treatments for human psychiatric disorders.”

Bhatnagar leads CHOP’s Stress Neurobiology Program, which includes first author Brian F. Corbett, Ph.D., of CHOP, who performed much of the laboratory analysis. Other key collaborators were psychiatrists Philip Gerhman, MD, and Richard Ross, MD, of the Perelman School of Medicine at the University of Pennsylvania, who are attending physicians at the Corporal Michael J. Crescenz Veterans Affairs Medical Center in Philadelphia.

The researchers focused on the sphingosine-1-phosphate receptor 3 (S1PR3), a lipid molecule found on cell membranes that is active in many cellular processes, including inflammation, cell migration and proliferation. It is one of a broader set of molecules called sphingolipid receptors. Scientists previously knew little about S1PR3’s function in the brain. Bhatnagar said the current study points to this receptor as important in neural signaling, and added, “We found that manipulating SIRPR3 levels affected how well animals cope with stress.”

Because current psychiatric treatments succeed in only a subset of patients with stress-related psychiatric disorders, neurobiologists often model stress in laboratory animals, such as rats, to understand what makes some animals vulnerable to stress and others more resilient.

Social hierarchies and territoriality are sources of stress in rats. Bhatnagar’s team used validated behavioral tools, such as a forced swim test or a social defeat test, to investigate how rats use coping strategies to deal with stress. Rats that cope more passively, showing anxiety- and depressive-type behaviors, are classified as vulnerable; those that cope more actively are classified as resilient.

In the current study, the researchers detected higher levels of the S1PR3 protein in resilient rats and lower levels in the vulnerable group. The study team then adjusted the expression of the S1PR3 gene to raise or reduce the gene’s product—the S1PR3 protein. Their results confirmed that increasing the protein levels increased stress-resilient behaviors, while “knocking down” or reducing protein levels raised vulnerable behaviors.

The scientists also measured S1PR3 levels in the blood of patients at the Veterans Affairs hospital, all of whom had experienced combat. The veterans with PTSD had lower levels of S1PR3 than those without PTSD. Furthermore, those with more severe PTSD symptoms had lower levels of S1PR3. “Our findings in both laboratory models and patients suggest that this protein is a potential blood-based biomarker for PTSD,” said Bhatnagar.

Scientists closer to unraveling mechanisms of speech processing in the brain