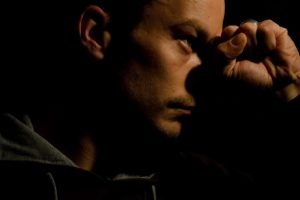 In an international collaboration between MedUni Vienna, Semmelweis University in Budapest, the Karolinska Institute in Stockholm and Yale University, researchers have identified a new process in the brain that is responsible for the delayed stress response and the long-term effects of stress: with a delay of 10 minutes after the “danger”, the area of the brain that reacts to stress and responsible for further action is activated via the cerebral fluid. The findings could open up new perspectives for understanding the neuronal processes at play in post-traumatic stress disorder, chronic stress and burnout.

“Hitherto we were aware of two main stress mechanisms in the brain,” explains Tibor Harkany from the Division of Molecular Neurosciences at MedUni Vienna’s Center for Brain Research: “A group of neurons located in the hypothalamus is responsible for triggering both mechanisms. The one process is a hormonal pathway, which leads to hormones being released from the adrenal glands into the bloodstream within a few seconds of the stress event. The other process is the nerve pathway, which is even quicker. Within fractions of a second, a direct neural connection is made to the prefrontal cortex and this determines our behaviour.”

In the recent investigations led by Alán Alpár (Semmelweis University), Tamás Horváth (Yale), Tomas Hökfelt (Karolinska Institute) and Tibor Harkany (MedUni Vienna), it has now been discovered that these same neurons are also capable of triggering a stress response in a third way, the effect of which occurs slightly later and is sustained.

Since this is a mechanism that spreads with the cerebrospinal fluid, it is much slower than the process that occurs via the bloodstream. The substance is diluted more slowly and can therefore have a longer-lasting effect. Conversely, CNTF molecules in the cerebrospinal fluid constantly bombard the neurons of the stress centre, keeping the prefrontal cortex on permanent alert. This means that the nervous system remains in a heightened state of alert with greater reactivity.

According to lead author Alán Alpár from Semmelweis University in Budapest, it is very probable that all three known mechanisms are deployed in the event of severe stress. This third type of process identified by the researchers plays a major role in producing the delayed, and hence lasting effect.

“We know from the work of the world-famous Hungarian-born stress researcher, János Selye, which areas of the brain are responsible for responses to external stressors. He also described what happens in a stress situation, how the hypothalamus activates the pituitary gland, and this in turn activates the adrenal glands,” explains Tomas Hökfelt from the Karolinska Institute in Stockholm. However, stress is a longer-lasting process. The potential for a threat from outside might also be protracted, thus requiring the body to adopt not only an immediate but also a prolonged state of alertness.

Random fraction of specialized immune cells leads the charge in battling invaders
brain, cause, chronic, identified, in, new, of, stress, the
Latest Posts