What is Linoleic Acid? 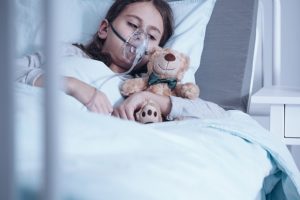 Fatty acids represent a substantial part of lipids in human body and are important sources of energy. They are either saturated or unsaturated carbosylic acids containing carbon chains between 2 and 36 carbon atoms in length. Although more than 60 fatty acids have been found in blood plasma and tissues, only a fraction of them is relevant from the biological perspective.

Arachidonic acid can form prostaglandins and thromboxanes – hormone-like lipids that promote blood clotting, induce inflammation and cause smooth muscle contraction. In alternative pathway it can also form leukotrienes, which are one of the most potent inflammatory agents in the human organism.

The necessity of metabolism is reflected by the increasing potency of each substance in the form of an essential fatty acid, as it moves down the chain from linoleic to arachidonic acid; hence to achieve full range of activities, linoleic acid must be metabolized to other substances. Therefore it can be considered as analogous to provitamines.

Conjugated linoleic acids (CLA) refers to a heterogeneous group of constitutional and geometric isomers of linoleic acid, which are predominantly found in milk, milk products, meat and meat products of ruminants. The effect of CLA on human health became the subject of interest after one study demonstrated inhibitory effects on mouse epidermal neoplasia.

CLA can provoke a wide spectrum of beneficial effects in various cell culture and animal models of disease. However, some studies have reported ambiguous or harmful effects of CLA supplementation and there is less evidence from direct studies on humans, thus careful consideration and further investigation is warranted.

There is also proof of CLA blocking the growth and spread of malignant tumors, primarily by influencing cell replication and mechanisms of carcinogenesis. The increase in mineralized bone formation was demonstrated in several experiments as well.

On the other hand, it has been shown that CLA can induce insulin resistance and fatty liver. Also, a deeper and more detailed investigation into the complex network of anti-obesity regulatory pathways is necessary to improve our understanding how exactly this compound can affect body weight control.

Recommended CLA daily intake is currently between 0.35 and 1 g per day. More controlled studies of CLA usage in defined populations are needed, as possible health consequences of prolonged treatment periods are unknown at the moment. Mutual comparisons of different and well-defined mixtures of isomers are also essential to secure long-term effects and safety.

Dr. Tomislav Meštrović is a medical doctor (MD) with a Ph.D. in biomedical and health sciences, specialist in the field of clinical microbiology, and an Assistant Professor at Croatia's youngest university – University North. In addition to his interest in clinical, research and lecturing activities, his immense passion for medical writing and scientific communication goes back to his student days. He enjoys contributing back to the community. In his spare time, Tomislav is a movie buff and an avid traveler.