Home » Kids Health » I GPS My Daughter, & It's a Lifesaver 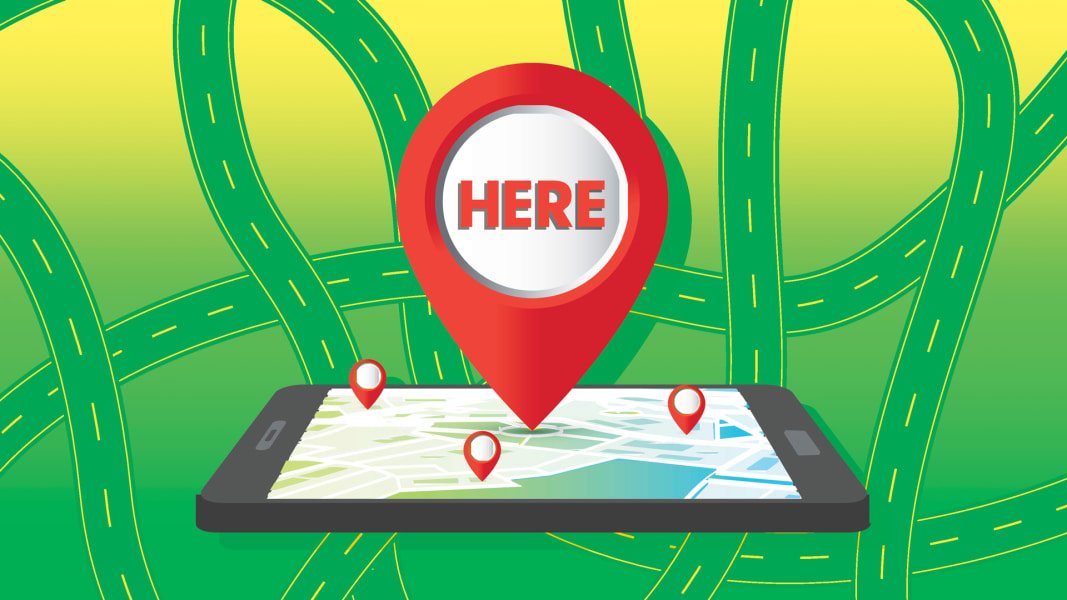 It’s the most terrifying feeling in the world: One second, your child is happily playing right in front of you, and the next, you can’t find her. Your heart immediately starts to beat faster as you scan the playground for her brown-blond ponytail, for her dress with the strawberries on it. You’re embarrassed to ask other parents for help; I mean, what kind of horrible parent are you that you can’t keep track of your own kid?

When you finally lay eyes on her, you scoop her up in your arms, promising to never look at your phone again, never talk to another adult, never divert your attention from her every move as long as you live — at least until she’s 18.

More: You Can Now Track Your Kid’s Every Move — But Should You?

My daughter has autism, which means that she is more of a flight risk than most kids. Even when I specify boundaries (“Stay on the playground!”), she’s easily distracted and could run off to look at whatever it is that has piqued her interest at any given moment. And although she is verbal, I’m not sure that in an emergency she’d be able to give someone the necessary information to find me. Her understanding of safety issues is also limited — which means that, when we are out in public, I’d damn well better be watching her.

But since even the best parents sometimes need to look away for a moment, I started to wonder if there was some type of product that could serve as my backup. I’ve never been a fan of child leashes (when I see them on toddlers in the park, my first thought is always that leashes are for pets, not human beings). They may be helpful for some parents, but to me, they seem too restrictive. Besides, I want my kids to learn to listen and understand boundaries, not simply be led around step by step.

I’ve also seen parents with special needs kids attaching their child’s hand to their own with a Velcro wristband. Of course whatever it takes to keep your child safe is great, but I knew this option wasn’t for us either.

More:We Asked Tech-Savvy Kids to Give Up Their Phones for a Week

As I began to think about some type of tracking device to keep tabs on my daughter, my research led me to the AngelSense GPS and voice-monitoring solution for children with special needs. The device would not literally tether my daughter to me, but would let me keep a virtual eye on her. And even though that still seemed a little bit too “Big Brother” for my liking, the alternative was running the risk of having a lost child, so I didn’t hesitate to try it out.

For the past few months, my little girl has worn the device either on a belt around her waist or pinned to her clothing (the pins can only be opened with a special magnetic key). The unit, which needs to be charged every night, syncs with the AngelSense app on my phone. I can’t even describe the peace of mind it gives me to see the location of my daughter’s school bus in real time — and to know that if she did run off, I would be able to find her exact location immediately.

Another great aspect of AngelSense is that it doesn’t impede my daughter’s daily activities in any way; she notices me putting it on her, but then promptly forgets about it. Since it’s so small, it’s not at all in the way of her movements when she runs, jumps, plays or sits at her desk at school.

I know that our situation is more extreme than that of most people who simply have a wayward toddler or an overly curious kid. But having tried the technology, I can’t imagine any downside to using a GPS tracker on a young child. Of course, as kids get older, it’s a different story — but for now, I see the tracker as just another tool that any parent of young kids could make use of. And there are plenty of other tracker brand options on the market, including GPS watches for kids (which look just like a smartwatch), Jiobit, GizmoPal 2 (another wearable you can locate from your phone), and Lil Tracker.

More: Don’t Criticize Me for Drinking in Front of My Kids

A GPS isn’t a substitute for vigilant parenting; it’s a backup for those oh-shit moments so many of us have experienced. Plenty of parents I know who have kids not on the autism spectrum have described situations in which they temporarily lost their kids — whether it was at a crowded fair, at a park or in a busy store. And if you’ve ever been to a theme park, you’ve likely heard those lost child announcements over the loudspeakers. So why risk the extra gray hairs when you could have peace of mind thanks to a tiny tracking tool?

In many ways, for sure, technology has become too intrusive in the lives of parents and children alike. But this is one instance in which I applaud and encourage its use. Some may warn that Big Brother is watching — but in my mind, if Big Brother saves a child from going missing, I’m OK with it.