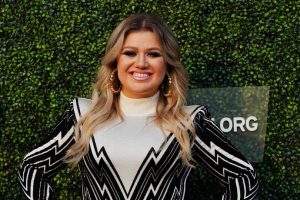 We’ve always been fans of Kelly Clarkson, who seems pretty down-to-earth for a big music superstar. Well, we’re crushing on her extra hard this week, because we just heard that for her upcoming talk show, she had some unique scheduling requests that put her family front and center, all while still fulfilling her exciting new work obligations.

I didn’t have enough jobs already so I got one more ? #KellyClarksonShow

“When we were doing the schedule for the show, I was like, ‘I have to drop my kids off at school,’” the star told People. Even though she’ll be filming episodes of the Kelly Clarkson Show for NBC while also filming episodes of The Voice, she made sure that she’d be able to stick to her family’s schedule, too.

It’s a lot to juggle, but Clarkson can handle it. “The schedule is intense but I actually work really well under pressure,” she said. Clarkson will be able to drop her kids off at school and put them to bed at night, while doing the job she loves.

We hear a lot about whether or not women are able to “have it all,” and it’s a tricky situation – not every mom has the power to make their schedule so family-friendly, and a lot of bosses aren’t open to the idea either (never mind the sexist double-standards about what’s expected of a working dad vs a working mom once you get home from work).

But when powerful women like Clarkson make it a point to prioritize family time in their work schedule and to talk openly about it, it can help normalize the idea that it’s okay for women to care a lot about both things. Hopefully someday, more women will be able to advocate for themselves like this without having to worry about how their employer will react – or, even better, hopefully businesses will realize that the world doesn’t come crashing down just because parents of all genders are allowed a little scheduling flexibility.

No, Kate Hudson Is Not Actually Raising Her Daughter 'Genderless'

Britney Spears Narrating Her Treadmill Workout Is All of Us
As, Clarkson, Her, Is, Kelly, making, Parent-Friendly, Possible, Schedule, show, talk
Latest Posts