We Don't Hate This CEO Mom's Ad for a Super-Nanny 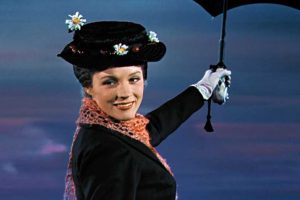 When hiring a nanny to take care of your kids, you don’t exactly start with low standards. Your babies deserve the best, don’t they? A recent advertisement for a nanny/household manager has gone viral for its seemingly impossible list of requirements, from being able to cook vegan meals to being a trained lifeguard and skier who will also love the children.

“Look I know what day it is and where I’m posting this but I still challenge you to find ANYTHING more bananas bat shit than THIS. I DARE YOU,” writer Kimberly Harrington tweeted, when she shared screenshots of the ad on Thursday.

The opening is for a “Household Manager/Cook/Nanny” for boy-girl twin 10-year-olds whose mother is a busy CEO in Menlo Park, California.

If you recall the nanny advertisement song from Mary Poppins, it’s like that, but different.

In four images, Harrington shared the bulleted list of requirements for the person, who will join a staff that already includes an au pair, housekeeper, property manager and handyman. That doesn’t mean their job will be easy.

This isn’t about simply watching the kids. It’s about being able to play math games with them, asking “How much fish should we buy today for five of us?” They’ll be required to swim in rivers and oceans, “do calisthenics,” go on short mountain hikes, throw water polo balls in the pool, and go skiing with these kids. For the whole family, they’ll have to be a “great, consistent cook” who can accommodate their dietary requirements (no beef, dairy, chicken eggs, green beans or watermelon). They’ll be asked to plan and book family vacations. They need to have a clean driving record and be comfortable driving in snow and in other countries. To manage the household, they’ll also have to use Word and Excel, and facilitate weekly household meetings.

At the same time, this employer does not simply want a robot. Their employee should be “fun for the kids to be around,” “build alliances with other kids’ parents and nannies,” “maintain high energy” and have “room in their heart to love the kids and the mom” while also have “appropriate boundaries in relationships.” Oh, and ideally they’ll stick around for at least five years.

Good thing that this ad ends by promising high compensation and full benefits.

“Just reading this like yup i do all this for my family,” Rabia O’Chaudry replied.

“Quite an accounting of unpaid highly-skilled household labor that a lot of moms do as part of being a mom,” @paix120 wrote.

Some even wondered if this was real or a list created by a disgruntled wife or employee.

Mostly, people were amused by the multiple mentions of fish math.

“There are so many variables: how hungry is everyone? What type of fish are we serving? Is the fish a main entree or included in another dish (such as chowder),” @Hwantstoknow asked.

What we are not here for are the comments from people who thought this woman should be doing all of these things herself. Neither is Harrington. Though she’s the one who shared this ad with the world, Harrington actually seemed to identify with the mother who posted it.

“Look I know this is GOLD but let’s just be clear that male CEOs have been farming out all the duties re: their families SINCE THE DAWN OF TIME,” wrote Harrington, who is the author of the book Amateur Hour: Motherhood in Essays and Swear Words. “I want more female CEOs! Millions of them! All I’m saying is … I both fear and respect her SPECIFICITY and ATTENTION TO DETAIL and ACTION MOVIE-LIKE LIFESTYLE and I would very much like to draft a counter listing asking her to be one of my readers.”

She would also very much like to hang out with this CEO mom one day. Come to think of it, so would we.

Jeremy Roloff Is Being Criticized for This Insta Photo of Baby Ember
a, ad, CEO, Don’t, for, Hate, Moms, Super-Nanny, This, we
Latest Posts