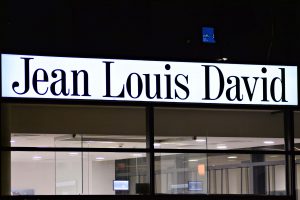 PARIS — French hairdresser Jean-Louis David, known to be one of the first French hairdressers to create a franchised business, died Thursday in Switzerland. He was 85.
Born in Paris to a family of hairdressers, David created the Jean Louis David group in 1976, fifteen years after opening his first salon on the Avenue de Wagram.
David first sold his business in 2002 to Regis Corporation, leaving the direction of the company to his son Jean-Christophe David and choosing to retire in a town near Lausanne, in Switzerland.
Since 2007, the Jean Louis David brand is owned by Provalliance, a group created by fellow French hairdresser Franck Provost.
David first learned his trade at the Gabriel Garland hair salon in Paris in the 1950’s, according to AFP. Opened by the owner of Cinémonde magazine, the salon was a hot spot for Hollywood actresses. Kim Novak, who starred in Hitchcock’s "Vertigo" in 1958, was one of David’s clients.
The hairstylist became popular for his light touch, crafting natural-looking hairstyles that could be easily reproduced by his team. He is said to have created the "dégradé" technique, or layers, in 1970.
He discovered the concept of the franchise in 1974, following a trip to the United States to consult for American hair salon chain Glemby. Two years later, David created the Jean Louis David group, branching out to offer hair products and accessories in partnership with L’Oréal.
In 2011, David was one of the 50 wealthiest Frenchmen in Switzerland, with a fortune estimated between 100 and 200 million Swiss francs, or 100 and 200 million dollars, BFMTV reports.
"He was a visionary, an innovator, a creator and an exceptional businessman who made his mark on hairdressing," said Provost to BFMTV, who broke the news of David’s death on Wednesday.
Source: Read Full Article