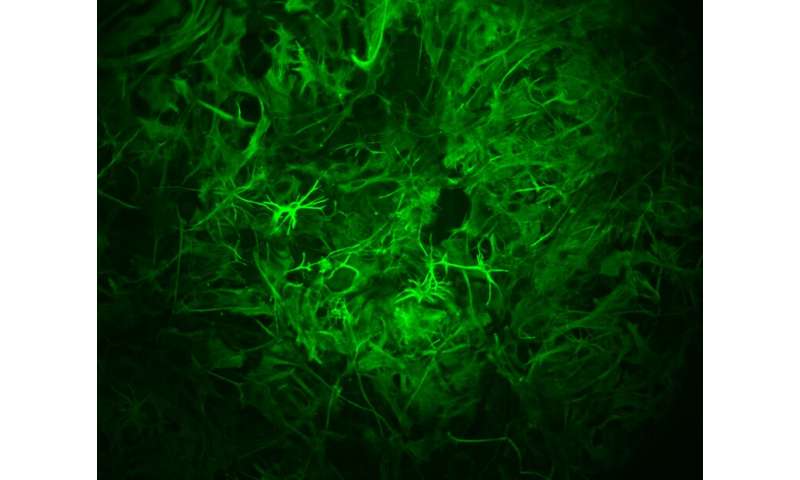 Star-shaped cells called astrocytes help the brain establish long-lasting memories, Salk researchers have discovered. The new work adds to a growing body of evidence that astrocytes, long considered to be merely supportive cells in the brain, may have more of a leading role. The study, published in the journal Glia on July 26, 2019, could inform therapies for disorders in which long-term memory is impaired, such as traumatic brain injury or dementia.

“This is an indication that these cells are doing a lot more than just helping neurons maintain their activity,” says Professor Terrence Sejnowski, head of Salk’s Computational Neurobiology Laboratory and senior author of the new work. “It suggests that they’re actually playing an important role in how information is transmitted and stored in the brain.”

The brain’s neurons rely on speedy electrical signals to communicate throughout the brain and release neurotransmitters, but astrocytes instead generate signals of calcium and release substances known as gliotransmitters, some of them chemically similar to neurotransmitters. The classical view was that astrocytes’ function was mostly to provide support to the more active neurons, helping transport nutrients, clean up molecular debris, and hold neurons in place. Only more recently, researchers have found that they might play other, more active, roles in the brain through the release of gliotransmitters but these remain largely mysterious.

In 2014, Sejnowski, Salk postdoctoral researcher António Pinto-Duarte and their colleagues showed that disabling the release of gliotransmitters in astrocytes turned down a type of electrical rhythm known as a gamma oscillation, important for cognitive skills. In that study, when the researchers tested the learning and memory skills of mice with disabled astrocytes, they found deficits that were restricted to their capacity to discriminate novelty.

In the new study, Sejnowski’s team looked for the first time at the longer-term memory of mice with disrupted astrocytes. They used genetically engineered animals lacking a receptor called type 2 inositol 1,4,5-trisphosphate (IP3R2), which astrocytes rely on to release calcium for communication.

The researchers tested the mice with three different types of learning and memory challenges, including interacting with a novel object and finding the exit in a maze. In each case, mice lacking IP3R2 showed the same ability to learn as normal mice. Moreover, when tested in the 24-48 hours after each initial learning process, the mice with disrupted astrocytes could still retain the information—finding their way through the maze, for example. The results were in line with what had been seen in prior studies. 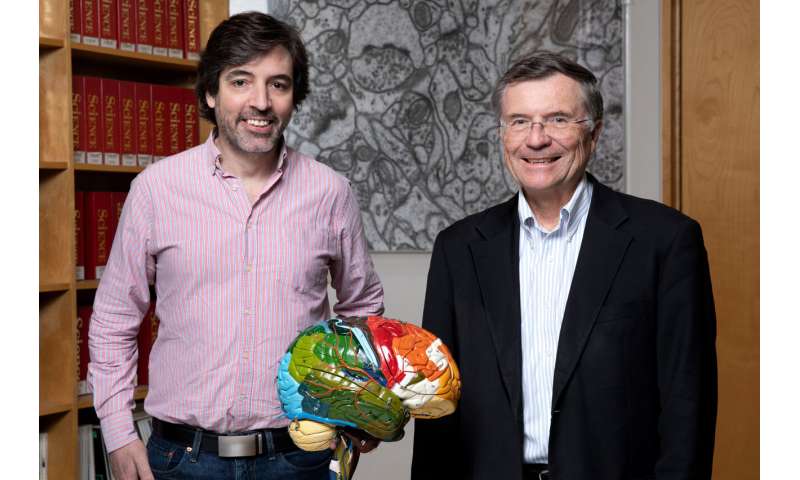 However, when the group waited another 2 to 4 weeks and retested the trained mice, they saw large differences; the mice missing the receptor performed much worse, making more than twice as many errors when completing the maze.

“After a few-weeks delay, normal mice actually performed better than they did right after training, because their brain had gone through a process of memory consolidation,” explains António Pinto-Duarte, who is the lead author of the new paper. “The mice lacking the IP3R2 receptor performed much worse.”

The result is the first time that defects in astrocytes have been linked to defects in memory consolidation or remote memory.

The process of memory consolidation in the brain is known to involve several mechanisms affecting neurons. One of those mechanisms is thought to rely in an optimal adjustment of the strength of communication between neurons through long-term potentiation, by which that strength increases, and long-term depression, by which some of these connections weaken. Sejnowski and Pinto-Duarte showed that although the mice without IP3R2 and reduced astrocyte activity had no problems with the former, they exhibited significant deficits in the latter, suggesting that astrocytes may be playing a role specifically in the long-term depression of the connections between neurons.

“The mechanism of long-term depression of neurons is not as well studied or understood,” says Sejnowski. “And this tells us we should be looking at how astrocytes are connected to the weakening of these neural connections.”

The researchers are already planning future studies to better understand the pathways by which astrocytes affect the long-term depression of neuronal communication and memory in general.