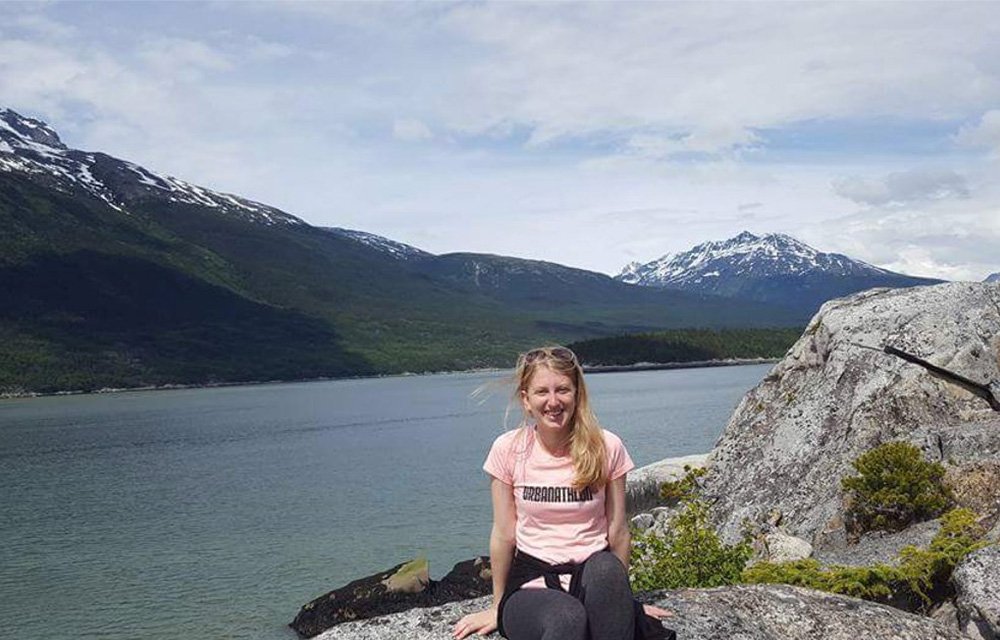 As an otherwise healthy, average 19-year-old, I didn’t think the symptoms I started experiencing in March 2011—trouble breathing, especially when going up stairs, and slightly swollen legs—were a cause for concern.

It was my second semester as a freshman in college and I figured it was just the “freshman 15” I’d heard so much about. Eating crappy dining hall food, slacking on (ahem, skipping) many of my workouts, and in true college fashion, consuming alcohol regularly were some of my, let’s say, risk factors for possible weight gain. Huffing and puffing up the stairs? I must just be out of shape. My legs look a little thicker? I must be gaining weight. So I chalked it up to a case of the “freshman 15,” and set goals to eat healthier and get back to working out regularly. But as the weeks progressed, I didn’t seem to feel any better.

But by the time I was back at home for the summer in early May, others had started noticing changes in me, too. While shopping with a friend, I was telling her about my issues, and she looked at me and said, “Jamie, your legs aren’t just bigger, that one looks like a different colour.” Later that day, my mom noticed how much I was huffing to get up the stairs. She made a same-day appointment with my doc, “just to check things out,” she said. And I’ll never be able to thank her enough for that.

After my doc saw me without hesitation, she sent me straight to a nearby medical centre for an ultrasound, and then told me to have my phone readily available for the results. Alarm bells went off in my head—clearly I should have come in sooner. She finally called me, after what felt like an hour but was only a few minutes, and said: “I want you to completely stop taking your birth control pills and head to the nearest ER now.” She went on to explain that I had a deep vein thrombosis (DVT) in my right leg, which is a clot that develops in veins, and usually in the leg. I’d just started taking birth control pills two months earlier because my periods were really heavy. Birth control helped lighten them up, but then this happened.

While several blood tests were later done to confirm that this was due to my birth control pills (rather than genetics or a clotting disorder), it was pretty clear right away that this was the culprit: I was young, healthy, didn’t smoke, wasn’t pregnant, and wasn’t sedentary, all of which are risk factors. And we had run through these factors about four months earlier in January when I had decided to take the pill, so I was aware of the unlikely possibility. But at that time, that’s all it was—a possibility. According to the National Blood Clot Alliance, about one in 1,000 women develop a blood clot from birth control pills, and I was one of them.

Even after they determined I had a DVT, taught me how to give myself injections of Lovenox (a blood thinner) into my abdomen, and prescribed Coumadin (another blood thinner), I still needed a CT scan to determine whether the clot had continued to my lungs, a potentially fatal condition known as a pulmonary embolism. To get to the point: it had.

At that point, there wasn’t much else I could do. I needed to be strict with my medication—both the dosage (which was adjusted daily) and the timing of taking it, I had to adjust my diet (no more alcohol and cutting out certain foods that could disrupt the meds), and I had to go to the doctor every day (which then lessened to every few days and eventually weekly) to have blood drawn and evaluate my progress. This went on for about nine months until the clot was no longer a danger to my life or health.

I was working at an internship and a summer job, so trying to fit in those appointments and also be conscious with my health was a little challenging. For example, my doctor didn’t want me either standing or sitting for too long at a time throughout the day, but I was a waitress, which obviously requires a lot of time on your feet.

When I got back to school in the fall, I was going to the doctor every few days at first, and then weekly, and squeezing in those appointments around my class schedule was a challenge. I also couldn’t drink any alcohol with my blood thinners, which wasn’t that big of a deal because I didn’t drink very much at that point. I just kind of became the semester-long designated driver for my friends, which I didn’t mind. I still went out to parties to have fun, but I didn’t drink anything.

While I was fortunate enough to not have any long-lasting health issues due to the clot aside from some occasional leg pain, that experience is constantly in the back of my mind. The one positive takeaway? I learned how important it is to never ignore your symptoms. Even though as a healthy young woman, I had no prior experience or reason to suspect anything, I shouldn’t have shrugged off such strange (at least for me) symptoms that came out of nowhere.

Now, anytime I notice something out of the ordinary, at the very least, I’ll keep it in mind and track it, and if it progresses, I don’t think twice about calling my doctor. I’ve become very in tune with and aware of my body—how it feels, how it looks, and when something feels off. Am I now scared of every symptom I feel? No. Have I changed my views on contraceptives? Absolutely not—I’m still a huge supporter of having affordable contraceptive options available, and I know many people who have found the pill to be significantly beneficial. That just wasn’t the case for me. I’m no longer on any kind of birth control. Going off the pill of course made my periods return to the way they were before, and they’re still like that. But honestly, at this point, I actually really love not being on any sort of pill! I know my body and my cycle so well, which I find really interesting.

While at the moment, I don’t plan on using any other birth control in the future, I’ve still always brought it up to new docs, so that they’re aware. I don’t think it has affected any other meds or treatment I’ve been given since then, but all of them do warn me that I will likely have a high-risk pregnancy if I decide to get pregnant. And I do want kids eventually, so at least I am mentally prepared for that. Overall, I hope that my story helps others realise how important it is to know your body and to never ignore symptoms.

This article originally appeared on Womenshealthmag.com.

Why do I get a headache when I haven’t had my coffee?
​‘I, a, Birth, blood, Clot, control, from, Got, My, Pills’
Latest Posts