A Christmas dinner may diagnose diabetes early than the standard test 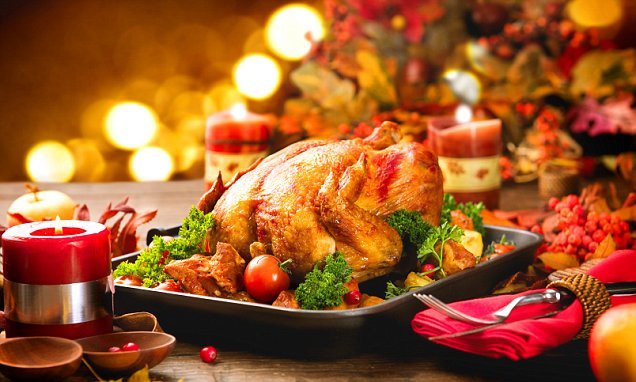 Eating a Christmas dinner or drinking a milkshake may diagnose diabetes earlier than the standard glucose test, new research suggests.

Insulin resistance, an early sign of diabetes, occurs when a person’s cells stop responding to the hormone.

‘Our research suggests it may be easier to detect some individuals with early stage metabolic disease by testing them with a large meal, rather than using the traditional test of giving glucose after fasting.’

Around 3.2 million people in the UK are diagnosed with diabetes, of which 10 per cent have type 1. Type 1 diabetes affects approximately 1.25 million people living in the US, while 9.4 per cent of the population have type 2. 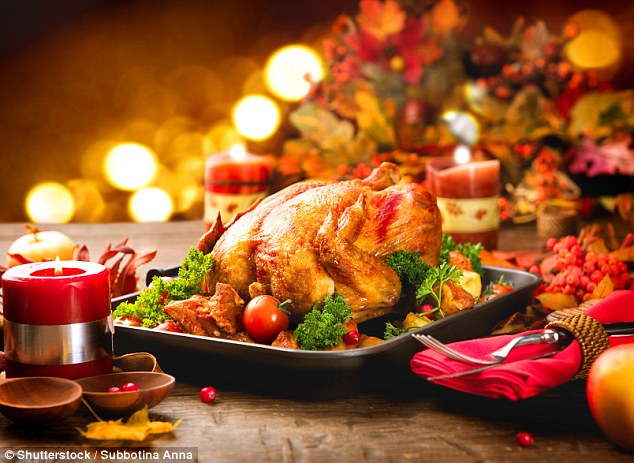 The researchers analysed mice without the gene PPARy2, which controls how fat is stored in tissue.

In obese humans lacking PPARy2, their fat gets directed to their organs and muscles, which is a sign of insulin resistance.

As the study’s rodents got older, they too developed insulin resistance.

The scientists determined whether the animals had diabetes by giving them a glucose drink after they had fasted.

After drinking the beverage, blood samples suggested the mice lacking PPARy2 produced the same amount of insulin as those with the gene.

The researchers then fed the rodents a large, fatty meal – the equivalent of a Christmas dinner or milkshake – rather than giving them the standard glucose drink.

Result suggest that after the fatty meal, the mice without the PPARy2 gene had insulin levels 10 times higher than the normal animals.

WHY IS IT IMPORTANT FOR DIABETES PATIENTS TO MEASURE THEIR GLUCOSE LEVELS?

Diabetes is a serious life-long condition that occurs when the amount of sugar in the blood is too high because the body can’t use it properly.

Patients have to regular monitor their glucose levels to prevent them from developing any potentially fatal complications.

Blood glucose levels should be between the ranges of 3.5–5.5mmol/L before meals and less than 8mmol/L, two hours after meals.

Hypoglycemia (when blood sugar drops below 4 mmol/L) can occasionally lead to patients falling into comas in severe cases.

However, it most often can be treated through eating or drinking 15-20g of fast acting carbohydrate, such 200ml of Lucozade Energy Original.

Sufferers can tell they are experiencing a hypo when they suddenly feel tired, have difficulty concentrating or feel dizzy.

Type 1 diabetes patients are more likely to experience a hypo, because of the medications they take, including insulin.

Hyperglycemia (when blood sugar is above 11.0 mmol/L two hours after a meal) can also have life-threatening complications.

It happens when the body either has too little insulin, seen in type 1, or it can’t use its supply properly, most often in type 2.

In the short-term, it can lead to conditions including ketoacidosis – which causes ketones to be released into the body.

If left untreated, hyperglycemia can lead to long-term complications, such as impotence and amputations of limbs.

This comes after research released earlier this month suggested eating a serving of button mushrooms a day could prevent type 2 diabetes.

Feeding mice a daily portion of white button mushrooms boosts their levels of a gut bacteria that is involved in the production of glucose, a study found. The serving is the equivalent of 85 grams for humans.

According to the researchers, mushrooms act as a prebiotic, which are indigestible food ingredients that ‘fertilise’ the growth of bugs in the digestive tract.

Type 1 diabetes occurs when glucose levels rise due to a person’s immune system attacking the cells that produce the hormone insulin, which controls glucose’s movement in and out of cells.

In type 2 diabetes, insulin levels are insufficient or the body does not respond to the hormone.