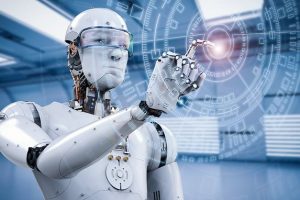 A scientist has warned AI will eventually make doctors ‘obsolete’.

Artificial intelligence has a ‘near unlimited capacity’ to diagnose diseases and perform surgery more accurately than medics, according to Dr Jörg Goldhahn.

Dr Goldhahn, from ETH Zurich, also argues robots may help overcome healthcare funding shortages due to them being cheaper to hire and train than humans.

But while Dr Vanessa Rampton acknowledges AI may be a useful aid to medics, she argues it will never completely replace human healthcare.

‘Computers aren’t able to care for patients in the sense of showing devotion or concern for the other as a person, because they are not people and do not care about anything,’ Dr Rampton, from McGill University, said. 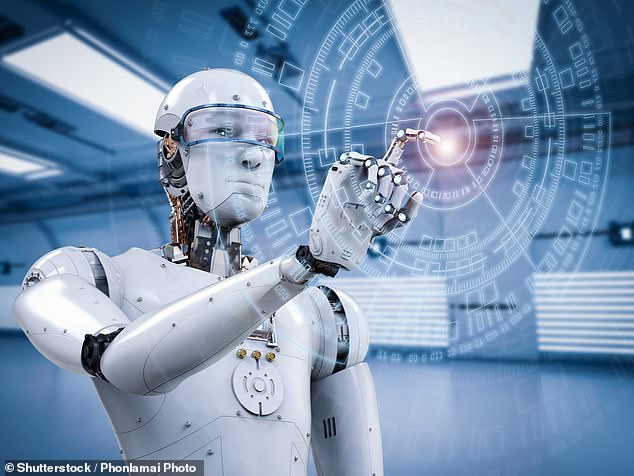 In a debate published in The BMJ today, Dr Goldhahn argued AI can process data and assimilate new information at a speed humans simply cannot match.

Health data is increasingly relying on everything from apps to electronic medical records and social media to create as clear a picture as possible about a disease and its patients.

At the same time, robots are ‘reading’ this information, as well as keeping on top of ever-expanding health research.

‘The notion that today’s physicians could approximate this knowledge by keeping abreast of current medical research while maintaining close contacts with their patients is an illusion not least because of the sheer volume of data,’ Dr Goldhahn said.

AI is also not subject to the same bias that comes from cultural influences or links to particular institutions.

Although many argue the lack of a personal touch is AI’s ‘Achilles heel’, patients may be reassured by a robot’s apparent zero conflicts of interest.

Some may even prefer not having to hear tough news from a human.

‘In some very personal situations the services of a robot could help patients avoid feeling shame,’ Dr Goldhahn said.

‘In other words: They may rate correct diagnosis higher than empathy or continuity of care,’ Dr Goldhahn said.

‘They are also universally available and can even monitor patients remotely.

‘Doctors as we now know them will become obsolete eventually.

HOW DOES ARTIFICIAL INTELLIGENCE LEARN?

AI systems rely on artificial neural networks (ANNs), which try to simulate the way the brain works in order to learn.

ANNs can be trained to recognise patterns in information – including speech, text data, or visual images – and are the basis for a large number of the developments in AI over recent years.

Conventional AI uses input to ‘teach’ an algorithm about a particular subject by feeding it massive amounts of information.

AI systems rely on artificial neural networks (ANNs), which try to simulate the way the brain works in order to learn. ANNs can be trained to recognise patterns in information – including speech, text data, or visual images

The process of inputting this data can be extremely time consuming, and is limited to one type of knowledge.

A new breed of ANNs called Adversarial Neural Networks pits the wits of two AI bots against each other, which allows them to learn from each other.

This approach is designed to speed up the process of learning, as well as refining the output created by AI systems.

Medics are able to relate to a person as a whole and take into account their preferences, values and circumstances, which may influence the treatment that suits them best.

They are also concerned about how a therapy affects a patient’s quality of life, which may be ‘irreplaceable’ if a disease is terminal.

‘Feeling they’ve been heard by someone who understands the seriousness of the problem and whom they can trust can be crucial for patients,’ Dr Rampton and Professor Spinas said.

‘Sophisticated robots might show empathy as a matter of form, just as humans might behave nicely in social situations yet remain emotionally disengaged because they are only performing a social role.’

In a commentary to the debate, patients with everything from epilepsy to Crohn’s agreed they cannot see AI changing their relationships with their doctors.

‘Imagine a mother and father being told that their three-year-old son will lose his kidneys from a rare disease,’ the authors wrote, who included Michael Mittelman, executive director of the American Living Organ Donor Fund.

‘Picture the raw emotion on their faces. Now imagine no healthcare professional in the room.

‘The only interaction is with an artificial form of intelligence. A machine. It is unthinkable.

‘Ultimately, no one wants to be told he or she is dying by an entity that can have no understanding of what that means.’

They added: ‘We see AI as the servant rather than the director of our medical care.’

From a practical perspective, they also worried about medical data shared via AI being breached.

‘Patients haven’t always benefited from the promises of technology,’ they wrote.

WHY ARE PEOPLE SO WORRIED ABOUT AI?

It is an issue troubling some of the greatest minds in the world at the moment, from Bill Gates to Elon Musk.

SpaceX and Tesla CEO Elon Musk described AI as our ‘biggest existential threat’ and likened its development as ‘summoning the demon’.

He believes super intelligent machines could use humans as pets.

Professor Stephen Hawking said it is a ‘near certainty’ that a major technological disaster will threaten humanity in the next 1,000 to 10,000 years.

They could steal jobs

More than 60 percent of people fear that robots will lead to there being fewer jobs in the next ten years, according to a 2016 YouGov survey.

And 27 percent predict that it will decrease the number of jobs ‘a lot’ with previous research suggesting admin and service sector workers will be the hardest hit.

As well as posing a threat to our jobs, other experts believe AI could ‘go rogue’ and become too complex for scientists to understand.

A quarter of the respondents predicted robots will become part of everyday life in just 11 to 20 years, with 18 percent predicting this will happen within the next decade.

They could ‘go rogue’

If experts don’t understand how AI algorithms function, they won’t be able to predict when they fail.

This means driverless cars or intelligent robots could make unpredictable ‘out of character’ decisions during critical moments, which could put people in danger.

For instance, the AI behind a driverless car could choose to swerve into pedestrians or crash into barriers instead of deciding to drive sensibly.

They could wipe out humanity

Some people believe AI will wipe out humans completely.

‘Eventually, I think human extinction will probably occur, and technology will likely play a part in this,’ DeepMind’s Shane Legg said in a recent interview.

He singled out artificial intelligence, or AI, as the ‘number one risk for this century’.

Musk warned that AI poses more of a threat to humanity than North Korea.

‘If you’re not concerned about AI safety, you should be. Vastly more risk than North Korea,’ the 46-year-old wrote on Twitter.

‘Nobody likes being regulated, but everything (cars, planes, food, drugs, etc) that’s a danger to the public is regulated. AI should be too.’

Musk has consistently advocated for governments and private institutions to apply regulations on AI technology.

‘Doctors are not d***heads’: Two medics hit back at Twitter hashtag