Applying petroleum jelly to a cut could be harmful 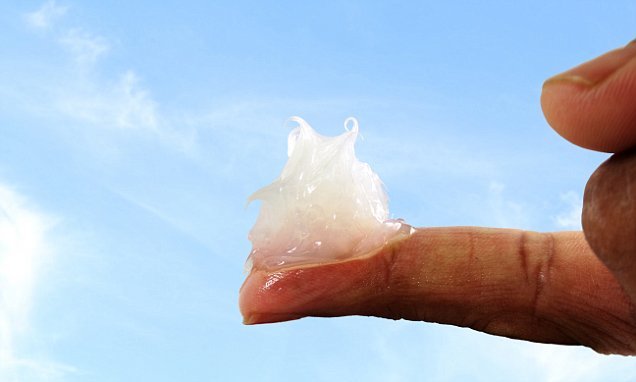 Applying petroleum jelly to a cut could be harmful and damages the skin’s natural plaster, reveal scientists

The conventional wisdom that applying petroleum jelly to a cut will help it heal faster could actually be harmful, a new study has revealed.

Researchers claim that using petroleum jelly damages the ‘natural plaster’, or protective film, your body creates over a wound. This slows the healing process, and it may even open the wound up to infection.

‘If you get a scrape or a cut it is best to let it clot for half an hour to let the film form. Do clean it of course if it needs it,’ a researcher from the study advises.

‘After that, it might not be so bad to add petroleum jelly, but before then, from our findings, it appears to damage this film.’

The researchers hope the results of the study will be informative about the possible drawbacks of using petroleum jelly. For example, the jelly is still used by doctors to close surgical wounds and in contact sports as first aid.

It’s believed this research could even lead to better treatments for illnesses related to blood clotting, like heart attacks. Applying petroleum jelly to a cut will help it heal could actually be false, says a recent study

What the researchers did

The researchers used medical imaging technology to identify a protective film which forms over a fresh wound.

This film is made out of a substance called fibrin, a blood clotting agent.

The fibrin forms a mesh with holes big enough to allow air to reach the wound, while being too small for bacteria and most viruses to pass through, allowing a scab to form while preventing infection.

‘We did laboratory and animal studies which showed this film could be a barrier against microbial infection for at least 12 hours, and this gives the immune system time to get white blood cells to the wound to counteract any infection,’ professor Robert Ariëns, from the Leeds Institute of Cardiovascular and Metabolic Medicine, told the BBC.

‘The study is reshaping our understanding of blood clotting. Not only do clots stem blood loss, they also provide a frontline defence against infection,’ Ariens said.

‘Understanding exactly what happens at the end of fibrin fibres has been a question medical scientists have been trying to answer for years now. This study is providing that long overdue explanation.’

Why you SHOULDN’T apply petroleum jelly to a cut

However, when petroleum jelly was applied to the wound, it perforated the mesh. The scientists believe this could increase the risk of infection.

‘If you get a scrape or a cut it is best to let it clot for half an hour to let the film form. Do clean it of course if it needs it, but the clot will make its own perfect plaster,’ Ariens advises.

‘After that, it might not be so bad to add petroleum jelly, but before then, from our findings, it appears to damage this film.’ ‘If you get a cut it’s best to let it clot for half an hour to let the film form,’ a researcher advises

Doctor Nick Levell, president of the British Association of Dermatologists, told the BBC: ‘Skin healing is important in both the healthy and those with skin disorders.

‘For example, leg ulceration is an increasing problem for elderly people. This research may lead to further real-life clinical studies to see how oil-based substances affect infection rates.’

Professor Jeremy Pearson, Associate Medical Director at the British Heart Foundation which part-funded the research, told the Medical Express: ‘By looking at how blood clots form, with a view to designing better clot-busting drugs to treat heart attack patients, this team have now discovered a previously unknown protection mechanism used by our bodies to prevent infection after an injury.

‘This discovery perfectly portrays the complex, and sometimes contradictory nature of our bodies, in that the very substance which can make blood clots inside our body so dangerous can also protect us from harm when we wound ourselves.’

WHAT IS A BLOOD CLOT?

The same process that heals a wound can be deadly if it occurs inside the body.

A blood clot is a clump of blood that has changed from a liquid to a gel-like or semisolid state. Clotting is a necessary process that can prevent you from losing too much blood in certain instances, such as when you’re injured or cut.

When a clot forms inside one of your veins, it won’t always dissolve on its own. This can be a very dangerous and even life-threatening situation.

An immobile blood clot generally won’t harm you, but there’s a chance that it could move and become dangerous. If a blood clot breaks free and travels through your veins to your heart and lungs, it can get stuck and prevent blood flow. This is a medical emergency.

Certain risk factors increase your chances of having a blood clot. A recent hospital stay, especially one that’s lengthy or related to a major surgery, increases your risk of a blood clot.

Common factors that can put you at a moderate risk for a blood clot include: