Home » Health News » Furlough had a protective effect on mental health, but it wasn’t as good as working

Furlough had a protective effect on mental health, but it wasn’t as good as working 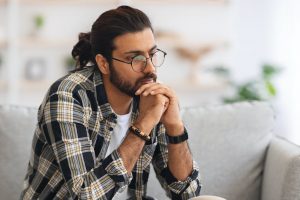 In March 2020, a few days before lockdown was introduced, the U.K. government launched the Coronavirus Job Retention Scheme, widely referred to as “furlough.” This scheme provided employees who were unable to work due to the pandemic with 80% of their pay (capped at £2,500 per month).

The purpose of the scheme was to keep people in jobs while their employers couldn’t necessarily afford to pay them. An estimated 25% of U.K. workers were furloughed at some point, with the number peaking at 8.9 million people in May 2020. Other countries ran similar schemes.

The COVID pandemic has had a significant impact on people’s mental health. At the same time, we know employment status correlates with mental health variations across the population. There’s good evidence for the connection between continuous employment and positive mental health, while job loss and unemployment have detrimental effects on a person’s mental well-being. But the specific impact of furlough on mental health was yet to be investigated.

To better understand how furlough affected British workers’ mental health, I worked within a team of 21 researchers to assemble survey data from across the U.K. In our new paper, we’ve looked at nine studies with a total of 25,670 respondents aged 17 to 66 during the period from April to June 2020.

The studies we used were longitudinal datasets tracking people in different parts of the U.K. over time, so before and during the pandemic. By combining estimates flowing from these datasets, we were able to look at changes in employment and mental health across the British population.

We examined the relationships between these employment transitions and different indicators of mental health. These included psychological distress, low life satisfaction, self-reported health (that is, the way respondents perceive their own general health) and loneliness.

In our analysis, we accounted for various factors that might affect the results, including gender, education and pre-pandemic mental health. 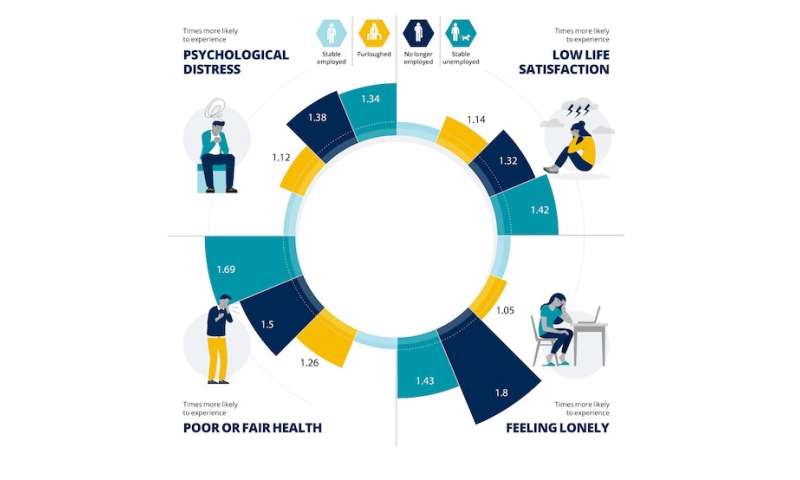 For instance, people who were furloughed were 14% more likely to report low life satisfaction compared with those who remained employed, while people who lost their jobs altogether were 32% more likely.

In other words, the study shows that furlough occupies an intermediate position between employment and unemployment. Furlough had a protective effect for those who were at risk of losing their job, but was not as beneficial as remaining at work.

One possible reason for this trend might be that the furlough scheme partly protected the “manifest functions” of work (for example, financial security), but didn’t provide its so-called “latent functions” (such as the feeling of being useful).

We also found the effects of furlough aren’t necessarily the same across the population. For example, furloughed female workers were at higher risk of poor self-rated health compared with men.

The use of a furlough scheme at such a large scale is new in the U.K.

While the U.K. Coronavirus Job Retention Scheme officially ended on September 30 2021, given the protective effects of furlough on mental health (compared with unemployment), a scheme like this could be considered again if new pandemic-related restrictions had to be implemented down the track, or even in the case of future economic shocks.

Lockdown lifting: 4 key stats to watch for as June 21 looms