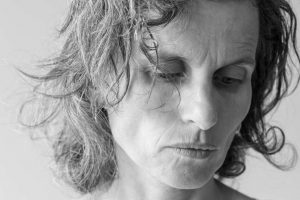 Researchers at the Universities of Helsinki and Tampere, and from Helsinki University Hospital — all in Finland — conducted a large population study investigating the relationship between diabetes and the risk of death due to factors such as alcohol, suicide, and accidents.

Both type 1 diabetes and type 2 diabetes place people at a heightened risk of cardiovascular events, such as heart attack and stroke, as well as cancer and kidney disease.

All of these related health conditions can lead to premature death. However, other factors may also shorten the lifespan of people with a diabetes diagnosis.

One study published in the Journal of Medicine and Life in 2016, for instance, discovered that the occurrence of depression in people with diabetes is two to three times higher than in other individuals.

People with diabetes have spoken out about the toll that this disease takes on their mental health. For example, one even declared in an interview that “diabetes and depression are like bad twins.”

In the new study paper, Prof. Leo Niskanen and colleagues suggest that the mental health issues that may come to accompany a diagnosis of diabetes may also be the culprits behind the higher risk of death due to suicide, alcohol, or accidents.

The researchers’ findings appear in the European Journal of Endocrinology.

The team looked at the data of more than 400,000 people with and without diabetes and scanned for instances of death caused by suicide, alcohol-related causes, and accidents.

They saw that people with a form of diabetes were much likelier to die from these causes than people without diabetes.

The individuals with a form of diabetes that required self-injecting insulin on a regular basis were particularly exposed.

“We know that living with diabetes can lead to a mental health strain,” notes Prof. Niskanen, adding:

“Having to monitor their glucose levels and inject themselves daily with insulin has a huge impact on [the] daily life [of people with diabetes]; simply eating, moving, and sleeping all affect blood glucose levels.”

“This strain,” he adds, “combined with the anxiety of developing serious complications like heart or kidney disease may also take their toll on psychological well-being.”

He also says that the new findings suggest that people living with diabetes should receive more effective mental health assessment and support.

“This study has highlighted that there is a need for effective psychological support for people with diabetes,” says Prof. Niskanen.

“If they feel like they are under a heavy mental burden,” he explains, “or consider that their use of alcohol is excessive, they should not hesitate to discuss these issues with their primary care physician. There are many ways that these problems can be managed, provided they are communicated.”

The next step from here, they say, is to look into the underlying risk factors or mechanisms of this heightened risk in order to come up with better preventive strategies.

Also, the team explains that it is important to assess the potential impact of antidepressant drugs, as well as that of health complications such as low blood glucose, on the individuals at risk.