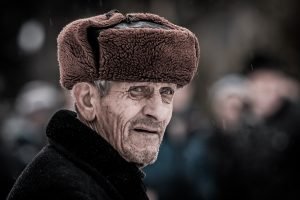 Life expectancy in Russia between 1994 and 2016 increased by more than 7 years, while rates of death among children under age 5 decreased nearly 60%, according to the most extensive health study on the nation ever conducted.

In addition, age-adjusted rates of premature death from smoking, one of the world’s most substantial health risks, dropped by nearly 34% over the same time period. Russia also saw progress in reducing premature death (as measured in years of life lost (YLLs) from stomach cancer, drowning, and chronic obstructive pulmonary disease.

“These are significant accomplishments,” said Dr. Mohsen Naghavi, a professor of health metrics sciences at the Institute for Health Metrics and Evaluation (IHME) at the University of Washington. “Russia’s public health officials deserve recognition for their efforts lowering the country’s burden of disease.”

However, the study, published today in the international medical journal The Lancet, concludes the nation continues to face considerable health challenges.

Despite improvement from the mid-1990s, a nearly 11-year gap in life expectancy remained between Russian men and women in 2016. Moreover, Russia exceeds all other countries for age-adjusted premature death rates attributed to alcohol use disorders and has the second-highest premature death rate from drug use globally.

“Like many other nations, more than half of all deaths in Russia can be attributed to behavioral risk factors, most prominently alcohol and substance abuse,” said Dr. Christopher Murray, an author on the study and director IHME.

The study, “Burden of disease in Russia, 1980-2016: a systematic analysis for the Global Burden of Disease Study 2016,” was published today in the international medical journal The Lancet. It is part of the Global Burden of Disease (GBD) study, a comprehensive effort to quantify health internationally, covering 333 diseases and injuries and 84 risk factors.

There are 3,676 collaborators on the GBD, including 20 in Russia. It is the world’s largest scientific collaboration and is widely viewed as the most authoritative health study. Earlier this year, the leadership of IHME and the World Health Organization signed a memorandum of understanding to work together on the GBD, “thereby strengthening the study for national and local decision-making by health officials and practitioners.”

The Russia study was led by Dr. Vladimir Starodubov, director of the Federal Research Institute for Health Organization and Informatics (FRIHOI) of the Ministry of Health, and was written in partnership with Russian experts, as well as representatives from the WHO European Office and IHME. A majority of the study authors are Russian.

According to Starodubov, “Significant improvements in the health indicators of the population of the Russian Federation have been achieved and it is a credit to state alcohol policy, improving medical care, and increasing attention to a healthy lifestyle.”

Researchers found more than half of all deaths in Russia are attributable to behavioral risk factors, such as smoking, alcohol use, dietary risks, low physical activity, drug use, and unsafe sex. However, high blood pressure, a metabolic risk factor, was the leading risk for death in Russia, accounting for nearly one in three deaths in 2016.

“Despite the challenges Russia is facing, the nation’s population health leaders have made progress in addressing some key problems,” Murray said. “The insights from this comprehensive study should be enlightening to policymakers and others responsible for planning and delivering health services for the nation’s 144 million people.”

Top 10 risk factors contributing to premature mortality in 2016 (ranking based on all ages rates of YLLs per 100,000 people):