Home » Health News » How much salt does it really take to harm your heart? 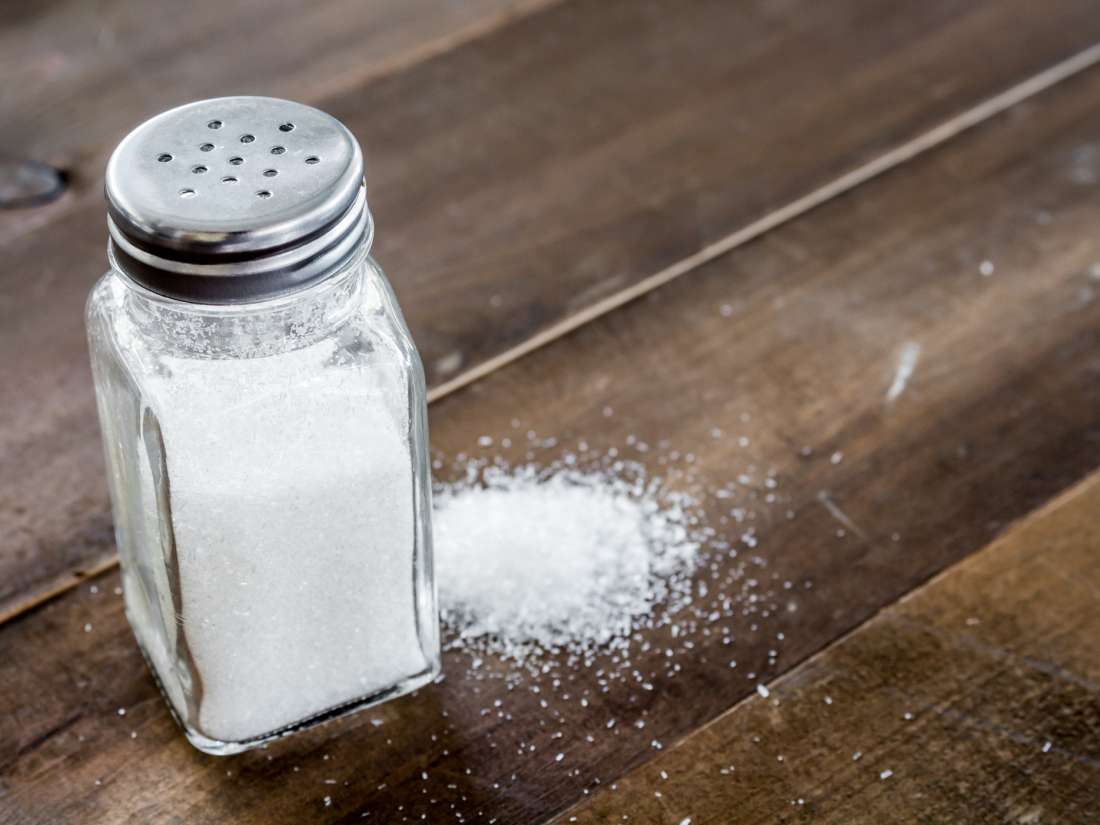 Table salt, which we commonly use to season our food, contains sodium.

Sodium, if often ingested in large quantities, can lead to a range of cardiovascular problems, including hypertension.

The World Health Organization (WHO) say that a person should not consume more than 2 grams of sodium per day, which is about 5 grams of salt per day.

The American Heart Association (AHA) recommend no more than 2.5 grams of sodium per day, though they state that the ideal intake is of no more than 1.5 grams per day for an adult.

However, researchers from a range of international institutions — including McMaster University and Hamilton Health Sciences, both in Hamilton, Canada, as well institutions from 21 other countries — suggest that these limits are unnecessarily low.

Researcher Andrew Mente and colleagues conducted a study of 94,000 people aged 35–70, aiming to establish how much sodium really is too much for heart health.

Current guidelines, the team notes, push for standards that are unrealistic for many, seeing as salt is often an almost invisible ingredient contained by numerous packaged foods.

“The [WHO recommend] consumption of less than 2 grams of sodium — that’s one teaspoon of salt — a day as a preventative measure against cardiovascular disease,” says Mente.

He also adds, however, that “there is little evidence in terms of improved health outcomes that individuals ever achieve at such a low level.”

The new study, whose results are now featured in The Lancet, now suggests that we can be more lenient about our salt consumption without fearing that it will harm our cardiovascular health.

The study followed the participants — who were based in communities across 18 different countries — for an average period of 8 years.

Mente and his colleagues revealed that a high intake of sodium did lead to an increased risk of cardiovascular disease and stroke — but only in communities where the average intake for an adult was greater than 5 grams per day.

This amounts to about 2.5 teaspoons of table salt, the researchers explain.

Encouragingly, the researchers also noticed that under 5 percent of the participants coming from developed countries exceeded the 5-gram cutoff point for sodium intake.

In most of the countries, the majority of the communities that the researchers observed had an average sodium intake of 3–5 grams of sodium — or 1.5 to 2.5 teaspoons of salt — per day.

In fact, of all the populations in the study, only those from China showed a consistently high intake of sodium. Specifically, 80 percent of the communities from China had a sodium intake that was higher than 5 grams per day.

“Only in the communities with the most sodium intake — those over 5 grams [per] day of sodium — which is mainly in China, did we find a direct link between sodium intake and major cardiovascular events like heart attack and stroke,” Mente explains.

On the other hand, he adds, “In communities that consumed less than 5 grams of sodium a day, the opposite was the case. Sodium consumption was inversely associated with myocardial infarction or heart attacks and total mortality, and [there was] no increase in stroke.”

Even in the case of individuals who do consume too much table salt, however, the situation is not unsalvageable, the researchers say.

Mente notes that people can easily redress the balance and protect their heart health by making a few simple adjustments to their diets, such as adding more fruits, vegetables, and foods naturally rich in potassium.

“We found all major cardiovascular problems, including death, decreased in communities and countries where there is an increased consumption of potassium which is found in foods such as fruits, vegetables, dairy foods, potatoes, and nuts and beans,” says the study author.

Another one of the researches involved with the current study, Martin O’Donnell, notes that most of the studies looking at the relationship between sodium intake and cardiovascular risk so far have focused on individual data, rather than information collected from larger cohorts.

This, he suggests, may have skewed the best practice guidelines into a direction that is both unrealistic and perhaps too cautious.

“Public health strategies should be based on best evidence. Our findings demonstrate that community-level interventions to reduce sodium intake should target communities with high sodium consumption, and should be embedded within approaches to improve overall dietary quality.”

“There is no convincing evidence that people with moderate or average sodium intake need to reduce their sodium intake for prevention of heart disease and stroke,” O’Donnell adds.

What anxiety attacks really do to your body
does, harm, heart, How, it, Much, Really, salt, Take, to, Your
Latest Posts