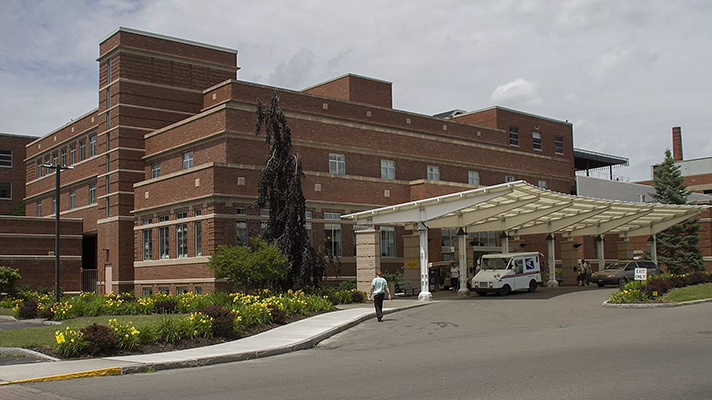 Flagler Hospital in Saint Augustine, Florida, is using artificial intelligence tools to improve the treatment of pneumonia, sepsis and a dozen other high-cost, high-mortality conditions. Usually, it’s large academic medical centers or wide-ranging health systems, not community hospitals, that so aggressively use AI in attempts to improve care and trim costs.

The AI tools automatically revealed new, improved care pathways for pneumonia and sepsis after analyzing thousands of patient records from the hospital and identifying the commonalities for those with the best outcomes. The hospital quickly implemented the new pneumonia pathway by changing the order set in its Allscripts EHR.

It expects to save $1,356.35 per pneumonia patient in direct variable costs (35 percent savings) versus the status quo, while reducing length of stay by two days. The new sepsis pathway has also been deployed.

The process is going so well that the hospital has expanded its plans for using the AI tools – from IT vendor Ayasdi – to develop new care pathways, from the original plan of tackling 12 conditions over three years to now tackling one condition per month.

There is an increasing number of vendors on the health IT scene that use artificial intelligence to assist in the care process. These vendors include IBM, Jvion, Medial EarlySign, Pillo Health and Splunk.

Ayasdi uses a branch of mathematics called topological data analysis to group patients treated similarly and relationships between those groups, explained Michael Sanders, MD, chief medical information officer at Flagler Hospital. This analysis may result from AI in the form of supervised learning or unsupervised learning.

“Once we have the data loaded, we use unsupervised learning AI algorithm to generate treatment groups,” he continued. “In the case of our pneumonia patient data, Ayasdi produced nine treatments groups. Each group was treated similarly and statistics were given to us to understand that group and how it differed from the other groups.”

Flagler analyzes the treatment groups and selects a ”Goldilocks” group. This is the group with the lowest cost, the lowest length of stay and the lowest readmission rate, making it “just right,” ala Goldilocks.

“We then have the AI tools generate a CarePath from this group, showing all events which should occur in the emergency department, at admission, and throughout the hospital stay,” Sanders said. “These events include all medications, diagnostic tests, vital signs, IVs, procedures and meals, and the ideal timing for the occurrence of each so as to replicate the results of this group.”

Sanders uses the AI tools to adjust Flagler’s order sets for use in the emergency department and on the inpatient side. Flagler has a PIT Crew (Physician IT Crew) that uses the AI tools’ output to recommend these order set adjustments and obtains department approval for them. The hospital administration reviews changes as part of their oversight of the process. The statistical differences between the groups are carefully reviewed by Sanders, his informatics staff and the Pit Crew before the Goldilocks group is selected.

Flagler extracts the data the AI tools use from its Allscripts EHR, from its CPM analytics platform, from its enterprise data warehouse, and from its financial system through the use of 2,300 lines of SQL code.

“Once we have chosen the Goldilocks group, there is a button we press on the user interface which then generates the CarePath in about 30 seconds,” Sanders explained. “This occurs when the events and timing on an item – medication order, medication administration, lab order, lab result, etc. – appears in at least 50 percent of the treatment group population.”

Flagler then can adjust the timing, adjust the occurrence of an equivalent event on this CarePath, obtain consensus, and finally publish it. This includes what is needed in the emergency department, on Day 0, Day 1, Day 2, etc.

“While this process could be replicated in a manual or semi-manual environment, it would have taken years of work to even come close to revealing part of this knowledge,” Sanders said. “However, Ayasdi’s AI tools for clinical variation management allow us to do it in a few days. All of our SQL code has been parameterized so that changing to a new diagnosis and beginning a new evaluation takes only a few hours.”

From start to finish, the first pneumonia pathway took nine weeks, which was when Flagler staff were learning to use the tool. They completed their sepsis pathway, which Sanders described as a much more difficult process, in just two weeks.

As mentioned earlier, by implementing the new pneumonia pathway by changing the order set in its EHR, Flagler expects to save $1,356.35 per pneumonia patient in direct variable costs versus the status quo, while reducing the length of stay by two days.

“We also reduced the readmission rate from 2.9 percent to 0.4 percent,” Sanders said. “This happened because the AI tools showed us relationships we would not have known to look for, in an unbelievably short amount of time. For example, the Goldilocks group showed us that the faster we started a pneumonia patient who also had COPD on nebulizer treatments, the shorter the stay, the lower the cost and the lower the readmission rate – those in the emergency department versus waiting for admission."

The costs were trimmed by eliminating labs, X-rays, and other processes that did not add value, and by reducing the overall length of stay.

Sanders added: “After looking at the data, a cardiologist on the Pit Crew said, ‘Oh my, the Goldilocks group of doctors did less than I would have done but achieved as good or better outcomes. Therefore, when we add anything outside the CarePath, except regulatory requirements, we are adding cost without any benefit to the patient.’ For him, that was a ‘light bulb’ moment.”

So now Flagler is moving from its initial plan of tackling 12 conditions over three years to taking on one condition per month. That’s a big change that reflects its satisfaction with artificial intelligence.

“With our experience to date, I am comfortable with one every month,” Sanders said. “The hold-up, as you may know, is not the technology or our ability to ingest and analyze the data. The thing that will slow us down is the tedious process of having the medical staff review and approve the CarePaths developed.”

Using the technology does not require a data scientist, but it does require SQL code development to extract the data. But Sanders said that hospitals should not be afraid of AI.

“It increasingly is necessary for the work we must all do to improve the quality of our healthcare, while reducing costs and improving the efficiency of our hospitals,” he said. “Our EHRs and data warehouses are becoming our new ‘textbooks.’ They show us all the data and tell us what really happened. This prevents us from just looking at the data we thought might be helpful.”

Products like the AI tools Flagler uses show caregivers relationships that the caregivers might not otherwise find and answer questions they did not know to ask, Sanders concluded.

Alexa, be my friend: Children talk to technology, but how does it respond?