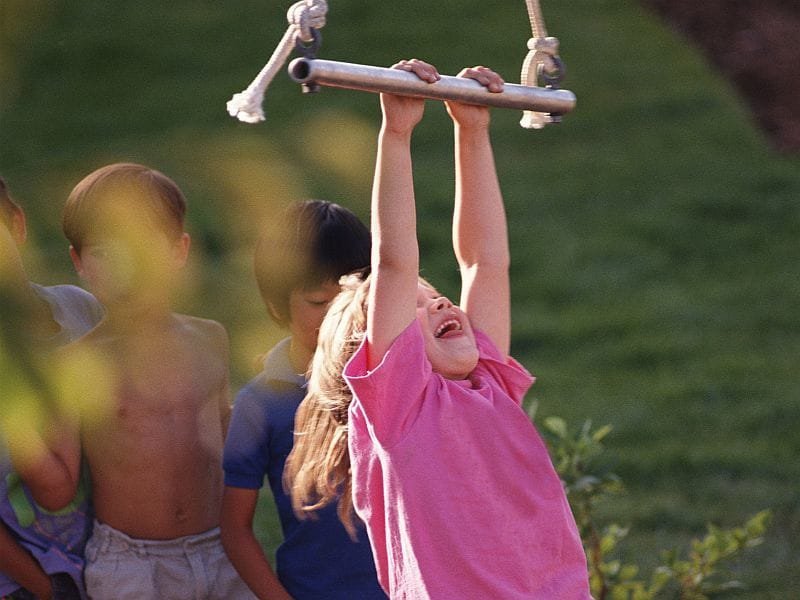 (HealthDay)—Weak grip strength in children may point to a higher risk of such health problems as diabetes and heart disease, new research suggests.

In a new study that followed children from 4th grade through 5th grade, a grip-strength test was given to the students at the start of the study. The researchers said that nearly 28 percent of the boys and 20 percent of the girls were classified as having weak grips.

During the study period, those children with weak grips were over three times more likely to remain in poor health or to have declines in health than those with strong grips.

Previous studies have shown that muscle weakness as measured by grip strength is a predictor of poor health in adults, but this is the first to do so in children, according to senior study author Paul Gordon. He is chair of health, human performance and recreation at Baylor University’s College of Health and Human Sciences.

“What we know about today’s kids is that because of the prevalence of obesity, they are more at risk for developing pre-diabetes and cardiovascular disease than previous generations,” Gordon said in a university news release.

“This study gives multiple snapshots over time that provide more insight about grip strength and future risks for developing diabetes and cardiovascular disease,” Gordon said. “Low grip strength could be used to predict cardiometabolic risk and to identify adolescents who would benefit from lifestyle changes to improve muscular fitness.”

While it’s common to encourage healthy eating and aerobic exercise for children, these findings suggest that it’s also important to promote muscle strength, he added.

“Given that grip strength is a simple indicator for all-cause death, cardiovascular death and cardiovascular disease in adults, future research is certainly warranted to better understand how weakness during childhood tracks into and throughout adulthood,” Gordon said.

“Testing grip strength is simple, non-invasive and can easily be done in a health care professional’s office. It has value for adults and children,” he concluded.

The study was published Aug. 13 in the Journal of Pediatrics.