Home » Health News » Tilapia: How is it farmed and is it safe to eat? 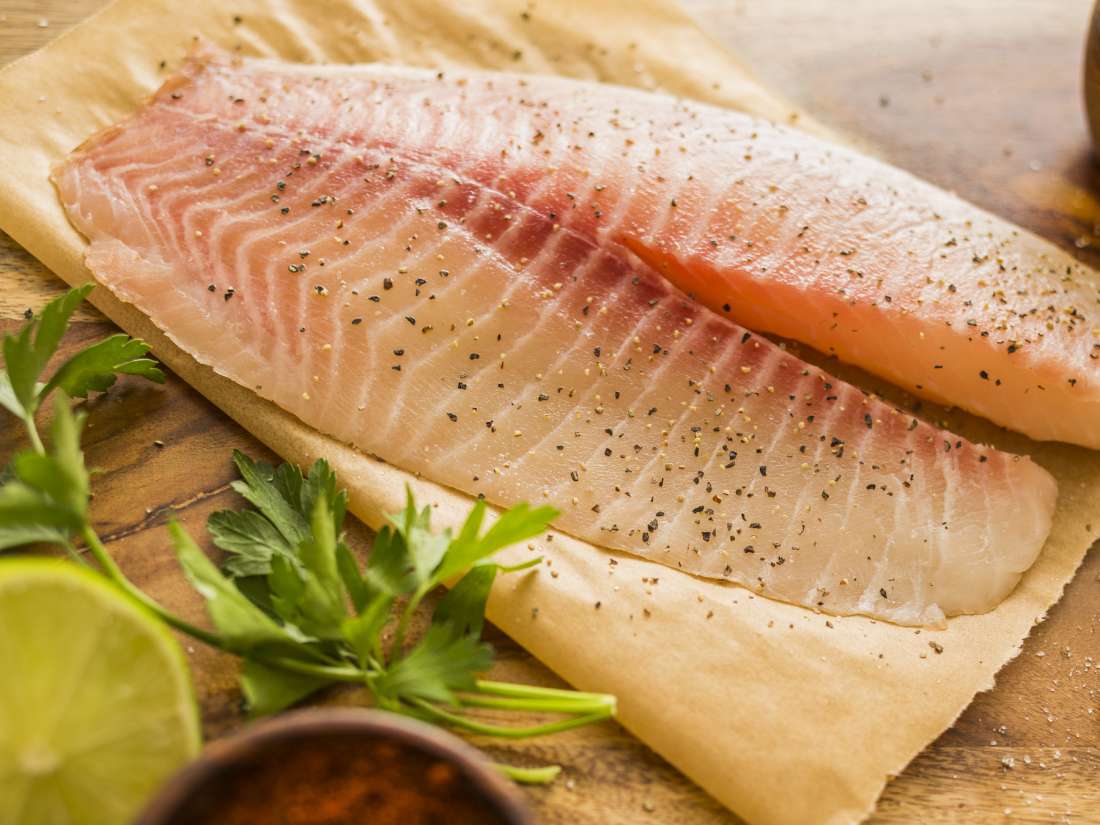 In this article, we answer some of the common concerns regarding the farming, safety, breeding, and nutritional value of tilapia.

Tilapia is a mild-flavored, lean fish, which is easy to prepare and relatively inexpensive. In 2016, tilapia was fourth on a list of the seafood species that people in the United States are most likely to consume.

Tilapia fish are very adaptable and can survive even in poor-quality water or overcrowded conditions. They grow quickly, so they are a popular choice for farming. The most popular farmed species is native to the Nile river in Northeast Africa.

What are the concerns about tilapia farming?

There are tilapia farms around the world. The fish does not tolerate cold water, so farming usually takes place in warmer climates. Standards for fish farming vary according to the country and farm.

Tilapia is a very successful fish that can survive in a variety of conditions. This can cause problems if any of the fish escape, as they can become an invasive species. In the U.S., tilapia farming takes place in closed tanks to prevent the fish from escaping.

Raising tilapia in cramped conditions can lead to disease and overcrowding. Tilapia eat algae but can survive on a variety of foods. A good-quality diet and a clean, spacious environment will generally produce a healthier fish.

The Ocean Wise scheme labels fish sources according to their sustainability. This takes into account the long-term survival of the species, its health, environmental pollution, and the impact of fishing on the wider ecosystem.

Examples of non-sustainable sources of tilapia include pond farms in China and Taiwan and open-net pen farms in Colombia.

Sustainable sources of tilapia include:

Selective breeding has led to changes in the genes of most farmed animals and fish over time. The species in farms often look different to those in the wild.

Selective breeding can increase the amount of meat from an animal, or make a species easier to farm. This usually has no adverse effects for people eating the meat or fish.

However, people may want to check food labels for the following terms:

These terms mean that scientists have altered the DNA of an animal or plant in the laboratory. This is a common way to make plants resistant to disease, pests, or chemicals, such as glyphosate.

The first GE fish that the FDA approved for sale in the U.S. was the AquAdvantage salmon that AquaBounty Technologies produced. This fish grows more quickly than it would in the wild as a result of higher levels of growth hormone. These GE salmon may also have more antibiotics and food dyes in their feed.

After an investigation, the FDA decided that the AquAdvantage salmon was safe to eat and did not pose a threat to the environment, despite many organizations and experts raising concerns. The FDA have not yet approved any GE tilapia, although AquaBounty Technologies are currently developing GE trout, catfish, and other fish, which they intend to sell commercially.

The U.S. Department of Agriculture (USDA) are creating a new scheme for labeling GM foods. This will make it easier for consumers to know which foods are GM.

Tilapia is a source of protein and is relatively low in fat. Eating fish is generally a more healthful way to consume protein than fried, processed, or red meat. Tilapia is also lower in sodium, calories, and total fat than bacon and other processed meats, and, unlike them, it does not contain nitrates that can potentially cause cancer.

Tilapia contains the essential fatty acids omega-3 and omega-6. Omega-3 fatty acids contribute to heart health, vision, and joint strength. Omega-6 fatty acids can be less beneficial to health if people consume them in excess, as they may cause or worsen inflammation.

There are more omega-6 fatty acids in tilapia than omega-3 fatty acids. However, the total fat content in a tilapia fillet is low, so a person will only consume a small quantity of omega-6 when they eat the fish.

Due to its higher ratio of omega-6 to omega-3, tilapia is less healthful than salmon. However, it still provides more omega-3 than most meats. Research in 2018 found that giving tilapia fish enriched feed raises their omega-3 content further.

What are the health benefits of tilapia?

People can eat lean fish at least twice a week as part of a healthful diet. Tilapia is an excellent source of omega-3 fatty acids and protein, both of which are important for good health.

Choosing tilapia from a responsible source can reduce the risks to health. Consumers can look for the country of origin or the Ocean Wise symbol to check the source of their fish.

What are the alternatives to tilapia?

Lean fish contains a relatively small amount of fat and calories, making it a healthier choice. Tilapia is a lean fish, but other fish contain more omega-3 fatty acids.

There are other lean, low-mercury fish with good omega-3 content that can be a healthier option than tilapia. These include:

Many people enjoy eating tilapia, which is low in fat and a good source of protein. There are tilapia farms around the world. If these farms maintain good conditions, their fish is safe to eat.

Choosing tilapia from a responsible source ensures that the fish a person is eating is safe, healthful, and sustainable. Consumers can look for the country of origin or the Ocean Wise symbol to check the source of their fish.

When eating fish, it is best to choose a low-mercury fish that contains more omega-3 than omega-6 fatty acids, such as sardines or salmon. However, non-GE tilapia is still a better choice than red meat and processed meats, such as bacon, hot dogs, and burgers.

Best food for sex: How to enhance sex, stamina, and libido
and, eat?, farmed, How, Is, it, safe, Tilapia:, to
Latest Posts