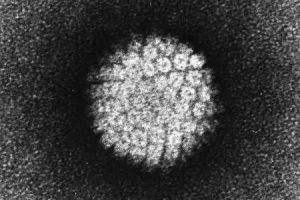 The human papillomavirus (HPV) causes, amongst other diseases, cancer of the cervix and oropharynx. A Swedish-Finnish study published in The Journal of Infectious Diseases now shows that the most oncogenic HPV types can be eliminated, but only if both girls and boys are vaccinated. Both genders will be offered vaccination in Sweden as of 2020.

The researchers began a randomised study in 2007, inviting 80,000 young people between the ages of 12 and 15 from 250 schools in 33 towns to take part. In 11 towns, both boys and girls were given HPV vaccination, in another 11 towns only girls were vaccinated, and in 11 towns the participants were vaccinated against a totally different virus (control).

HPV was included in the Swedish vaccination programme in 2012. To date, the vaccine has only been offered to girls, but in 2019 the government decided to offer it to both genders as of autumn 2020.

“Our study is unique because the entire population of the communities included in the study was invited to take part, and the choice of vaccination strategy was randomised by community,” says Matti Lehtinen, researcher at the Department of Laboratory Medicine, Karolinska Institutet, who led the study. “The results have definitely influenced the decision about offering HPV vaccination to boys, which more and more countries are also deciding.”

Mathematical modelling was used to calculate what the results of the randomised HPV vaccination study would mean for programs with different vaccination coverage. The improved effectiveness of vaccinating both boys and girls is particularly important if only 80 per cent or fewer of girls are vaccinated.

“If only girls are offered HPV vaccination not even a school-based vaccination programme will be able to eliminate the most oncogenic HPV type 16, ever,” says Simopekka Vänskä, docent at the Finnish Institute for Health and Welfare and the study’s first author. “Vaccination of both boys and girls with a 75-per cent participation rate can, however, eliminate HPV 16 even in people under 30, which is the segment of the population that is mainly spreading the infection. The elimination will take place only in a few years after the vaccinated cohorts achieve these ages.”

The World Health Organisation (WHO) has established the elimination of cervical cancer as a priority objective.

“The results of the randomised study of different vaccination strategies now published gives us information about how this objective could be achieved at the earliest possible time,” says Lehtinen.

HPV causes a variety of cancers, above all cervical cancer in women and cancer of the oropharynx in women and men. Almost everyone has had at least one sexually transmitted HPV infection in his or her life.

Can Teen Drivers Be Scared Into Safe Driving?

You Might Be Feeling Lonely and Not Even Know It
and, are, Be, both, boy's, Can, eliminated, Girls, HPV, if, infections, vaccinated
Latest Posts