Kaley Cuoco Responds to Comments on Her Post-Surgery Workout Bra: It's Not 'Anyone's Business' 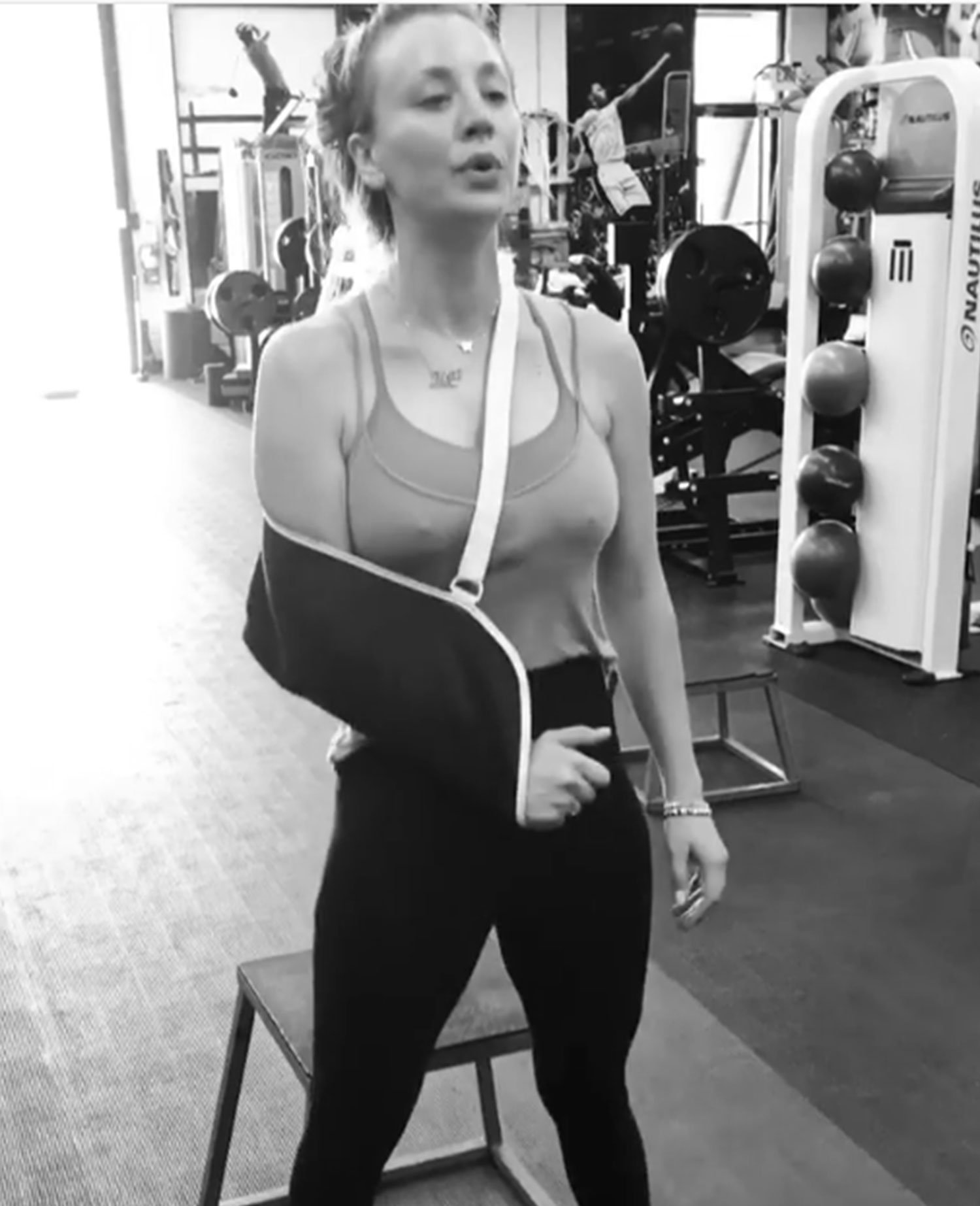 If trolls are going to come after Kaley Cuoco, she’s going to fight back.

The Big Bang Theory star, 32, shut down commenters on a recent Instagram post after they criticized her for wearing a bra that showed her nipples.

“Where’s your bra,” asked one commenter, and “I like your nipples,” added another.

Cuoco is back in the gym after undergoing a planned shoulder surgery two and a half weeks earlier, and explained that the thinner bra was a necessary choice.

“FYI because of my shoulder, I can only get certain bras over my head,” she wrote in the comments. “NOT THAT ITS ANYONES BUSINESS.”

She also responded directly to one user in particular, who has since deleted their comment.

The newlywed Cuoco decided to get her shoulder surgery done just five days after marrying her new husband, Karl Cook, on June 31.

“This was a planned surgery I’ve had for over a year,” she explained in early July. “I hurt [my shoulder] over a year ago and did not need immediate surgery so brilliantly planned it five days after our wedding. I knew I’d have a babysitter.”

But after a few weeks, Cuoco was ready to get back to her workouts — even if her doctor may not approve.

“When your doc scolds you for not wearing your brace. Alrighty then guess we’re doin it this way!” she captioned the video that led to the trolling comments.

In the video, Cuoco does squats, battle ropes and side steps with a resistance band — all with her injured right arm held in place with a sling.