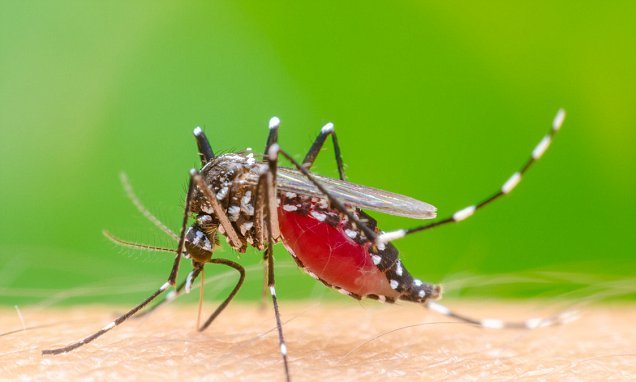 More than 80 per cent of deadly disease-carrying mosquitoes have been wiped out in a landmark experiment.

Scientists sterilised millions of killer Aedes aegypti mosquitoes, considered one of the world’s most dangerous pests.

The Australian team now hope they have a way of tackling the insects, which are spreading across the world with global warming.

Millions of people around the world are infected each year by the mosquito, which can carry dengue, Zika and chikungunya, among other killer bugs.

Zika is an ‘urgent’ threat to humanity, while the other two pose ‘major’ danger, says the World Health Organization. 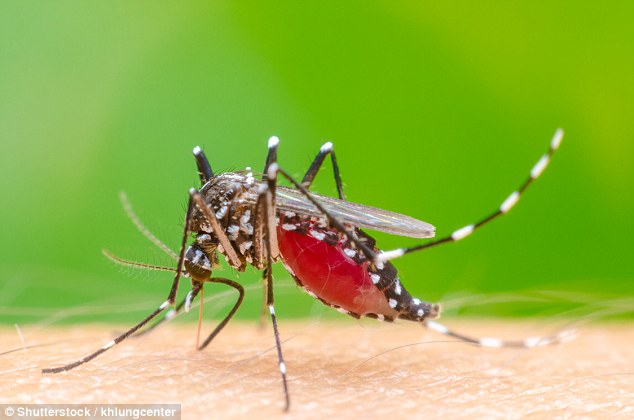 Scientists sterilised millions of killer Aedes aegypti mosquitoes, considered one of the world’s most dangerous pests

The killer insects, which have white markings on their legs, were infected with the Wolbachia bacteria, which renders them sterile.

Scientists released them into the wild at trial sites around Innisfail, a town with a population of around 7,000 in northern Queensland.

Over the course of three months, they mated with females who laid eggs that did not hatch – causing the population to plummet.

The trial, described as a victory by the researchers, was funded by Google’s parent company Alphabet.

It was led by experts from The Commonwealth Scientific and Industrial Research Organisation and James Cook University.

Dr Kyran Staunton, a researcher involved in the study from James Cook University, said: ‘We learnt a lot from collaborating on this first topical trial.

‘We’re excited to see how this approach might be applied in other regions where Aedes aegypti poses a threat to life and health.’ 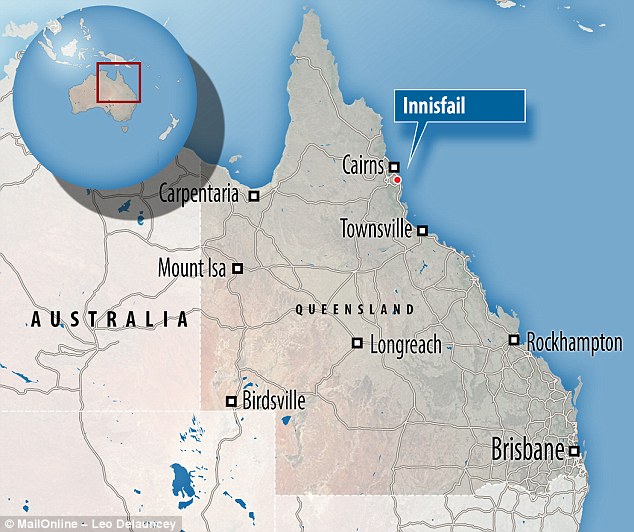 Scientists released them into the wild at trial sites around Innisfail, a town with a population of around 7,000 in northern Queensland

The process, known as the Sterile Insect Technique has been used successfully by scientists since the 1950s.

WHAT IS THE AEDES AEGYPTI MOSQUITO?

The Aedes aegypti has white markings on its legs and a marking in the form of a lyre on the upper surface of its thorax.

The mosquito originated in Africa but is now found in tropical and subtropical regions throughout the world.

Only the female bites for blood which she needs to mature her eggs.

The illness can progress to a hemorrhagic fever during which patients experience more bleeding and persistent vomiting. If not treated it can progress to shock and death.

Some babies with Microcephaly, a condition where a baby’s head is much smaller than expected, have been reported among mothers infected with Zika virus while pregnant.

But this was the first time researchers had been able to use it against Aedes aegypti mosquitoes.

Some of the challenges previously faced included being able to rear enough of the insects, identify males, remove biting females.

It comes after an epidemiologist predicted dengue fever will strike large parts of Europe within five years, if nothing is done to control global warming.

Dengue fever – considered to be a pandemic-prone virus – is currently limited to some tropical and subtropics areas in Africa, Asia and Latin America.

Only two outbreaks of the disease are known to have occurred in Europe since the virus was identified, in Athens in 1927 and in Madeira 2012.

If climate change is kept within the Paris agreement, only small regions of Spain, Italy, Greece and Portugal are at risk of being invaded by the Aedes aegypti.

However, if global warming rose above 2°C (36°F), large parts of France, Spain, Italy, Portugal, Greece and the Balkans face being swarmed by the deadly mosquito.